The 2020 Datsun Redi-Go has been spotted testing in full camouflage at the beginning of the calendar year 2020 and now the brand has teased us with an image of the new BS6 facelift Redi-Go indicating that the small car will be launched soon in the Indian market. The Japanese automobile brand is owned by Nissan and the Redi-Go is based on the Renault-Nissan ‘Common Module Family’ CMF-A platform which also underpins the Renault Kwid hatchback and the Renault Triber Mini-MPV.

According to the teaser image, the brand has partially revealed the front fascia of the upcoming Redi-Go which features a larger grille that appears to cover a significant part of the front apron, a Datsun logo in the centre, sleeker sweptback headlamps and an L-shaped large LED daytime running light-bar on the front bumper. The profile view indicates that the car features a similar silhouette as compared to the outgoing model and the tail lamps are expected to retain their form.

In the engine department, the Datsun Redi-Go is expected to feature the same petrol powertrain option upgraded to match BS6 emission standards. The brand has not revealed any specification details on the BS6 updated powertrains as of now but in its BS4 form, the outgoing car was powered by an 800cc petrol engine that produced 54 ps of power and 72 Nm of torque coupled to a 5-speed manual transmission and another 999cc petrol engine that produces 68 ps of power and 91 Nm of torque which gets an optional 5-speed AMT as well as a 5-speed manual transmission.

The Datsun Redi-Go competes with the Maruti Suzuki Alto 800 and the Renault Kwid in the Indian market. 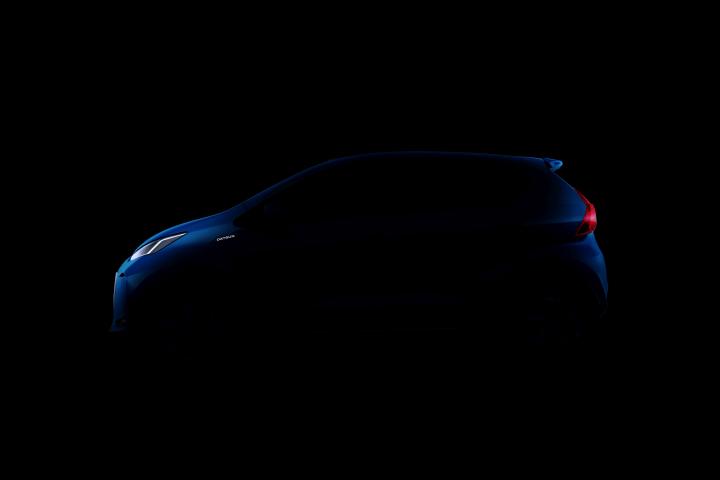