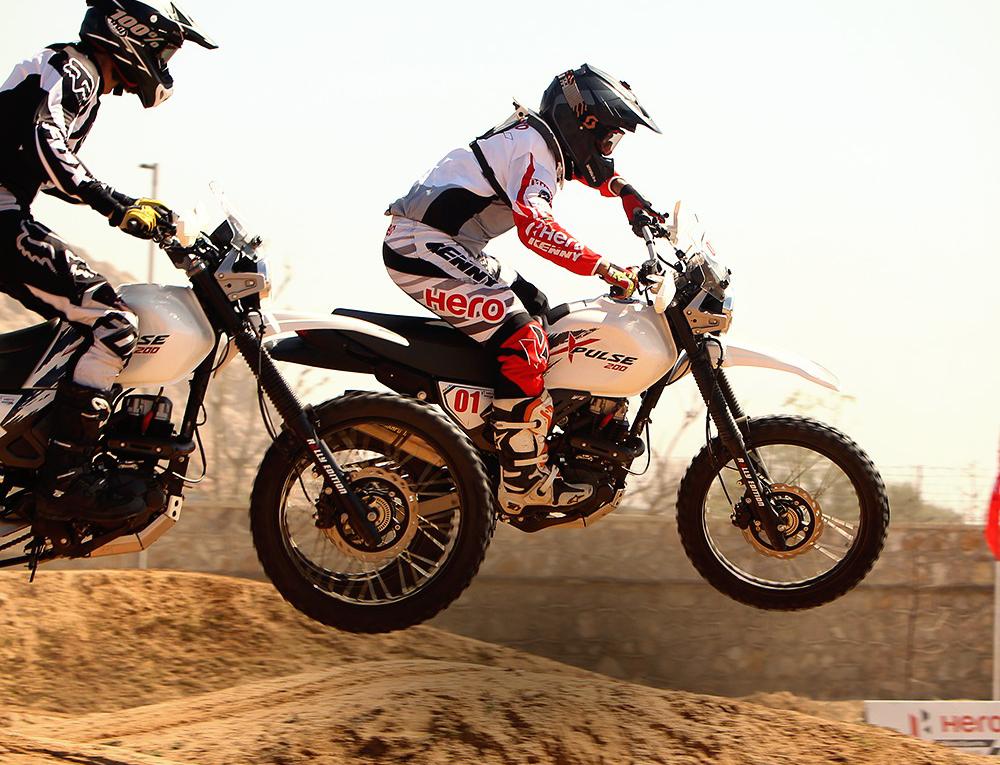 To keep up with the stringent BS6 emission norms that are ready to roll-out from 1st April 2020, Hero MotoCorp at the Hero World 2020 revealed the BS6 compliant Hero XPulse 200. The 2020 model year Hero XPulse 200 in its BS6 avatar is expected to come with an air/oil-cooled engine which will help the off-roader run cooler and sustain higher RPMs as compared to the air-cooled only model.

Another change for the BS6 model will be the rerouted exhaust system. The exhaust on the current model starts from the header and runs next to the engine block and back up to the muffler. To accommodate the larger catalytic converter system the new exhaust will run down from the header under the engine and then back up to the muffler. The muffler remains unchanged but the new exhaust system will slightly hamper the ground clearance of the motorcycle which currently stands at 220mm. The oil-cooler and the larger probably denser catalytic converter system is also likely to increase the weight of the motorcycle, for reference the current motorcycle weighs in at 153 kg (carburetted) 154kg (fuel-injected). It is also expected that the carburetted variant will be discontinued once BS6 norms are implemented and only the fuel-injected version will be available for sale. How much weight the bike puts-on and how many millimetres of ground clearance it looses remains to be seen.

Though specifications of the BS6 Hero XPulse 200 have not been revealed yet, in its BS6 avatar the motorcycle is expected to slightly lose its power and torque output. To put things into perspective, the BS4 compliant XPulse 200 is powered by a 199.6cc single-cylinder air-cooled, 4-stroke 2-valve OHC engine that produces 18.4 ps of power @ 8000 rpm and 17.1 Nm of torque @ 6500 rpm coupled to a 5-speed constant mesh gearbox with a wet multi-plate clutch.