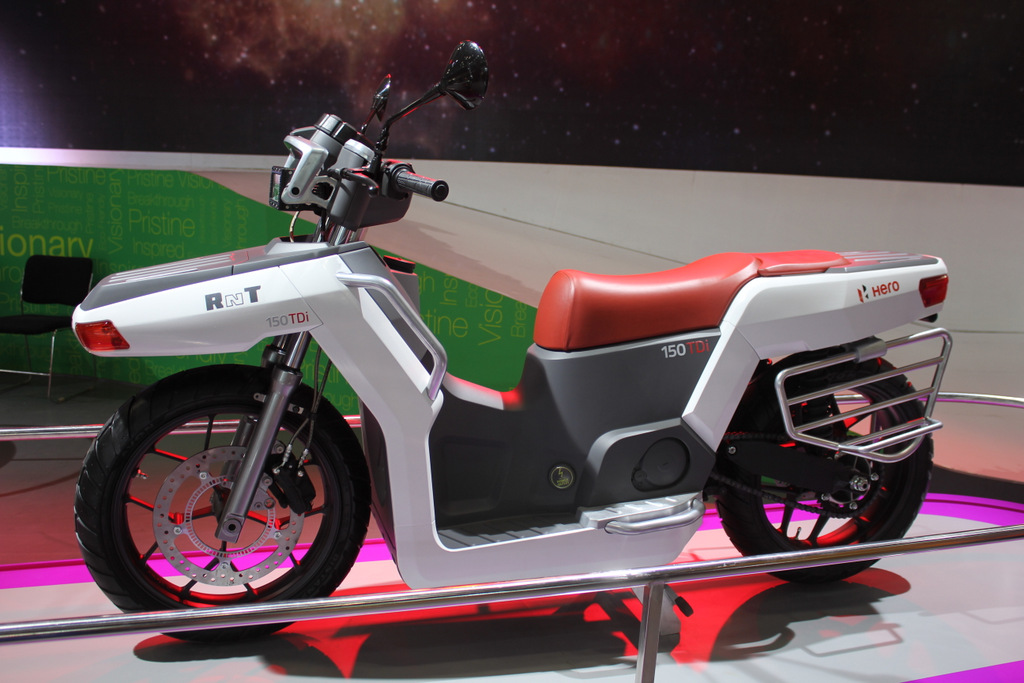 If given a choice, would you buy a diesel two-wheeler considering that it will deliver higher fuel efficiency compared to it’s petrol counterpart even though it is more expensive? This is subjective, and depends on the use you will put your two-wheeler to. But all these years, we never had a diesel scooter option did we? Hero MotoCorp unveiled one such product at the Auto Expo dubbed as the RnT.

The Hero RnT is a 150cc, liquid-cooled, turbocharged, direct-injection diesel engine. If that has already excited you enough, hear this, it has a 2WD operation, which means both the wheels proper the scooter forward. It gets a electric front hub motor providing up to 1kw of power to the front wheel which can be controlled via the secondary throttle. Hence, the scooter can work with or without the standard chain drive.

But then, look closely at the bike. It is nowhere close to the conventional design language for scooters. It looks quirky and well, rather unattractive. Front mud guard is placed high and can help you store a few oddities here when tied securely. Long seat will be enough for two and there is a small section behind the pillion which can be used to store more stuff. What we saw at the Auto Expo was a concept and had LED headlamp and a digital + analogue instrument cluster. And most important, do not miss the TDI badge on the side.

So the question is, will you buy the RnT if it is launched in the near future? 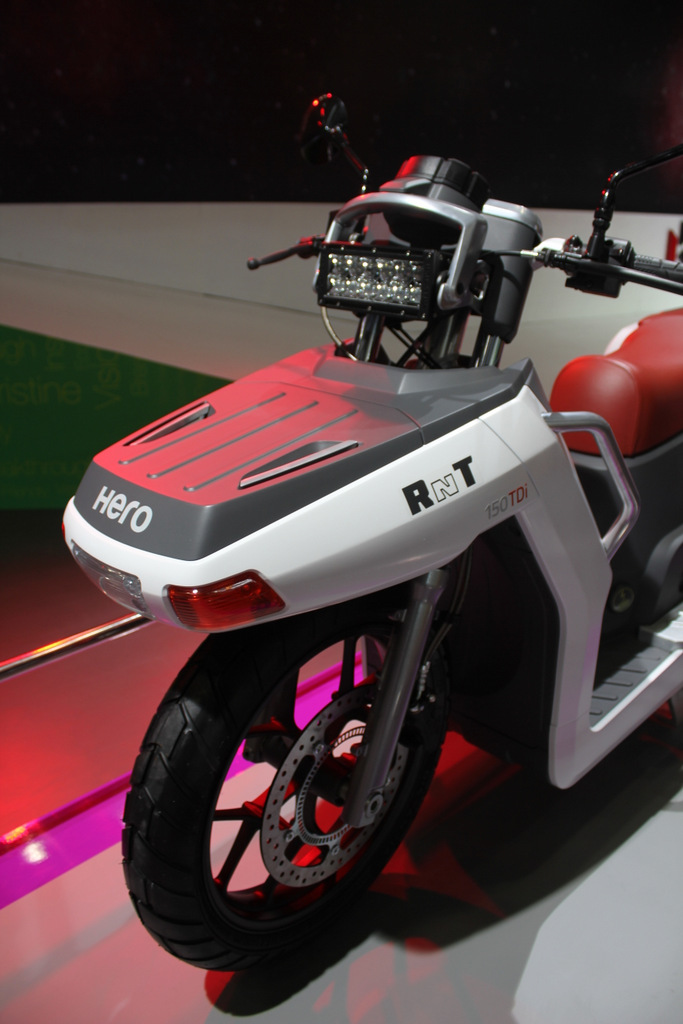 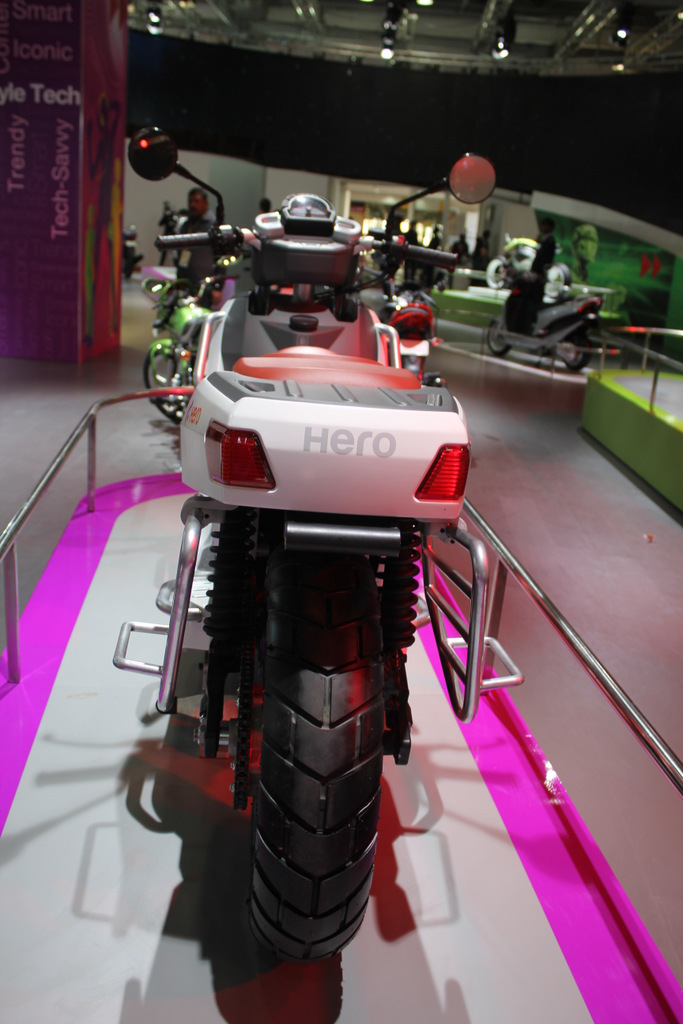 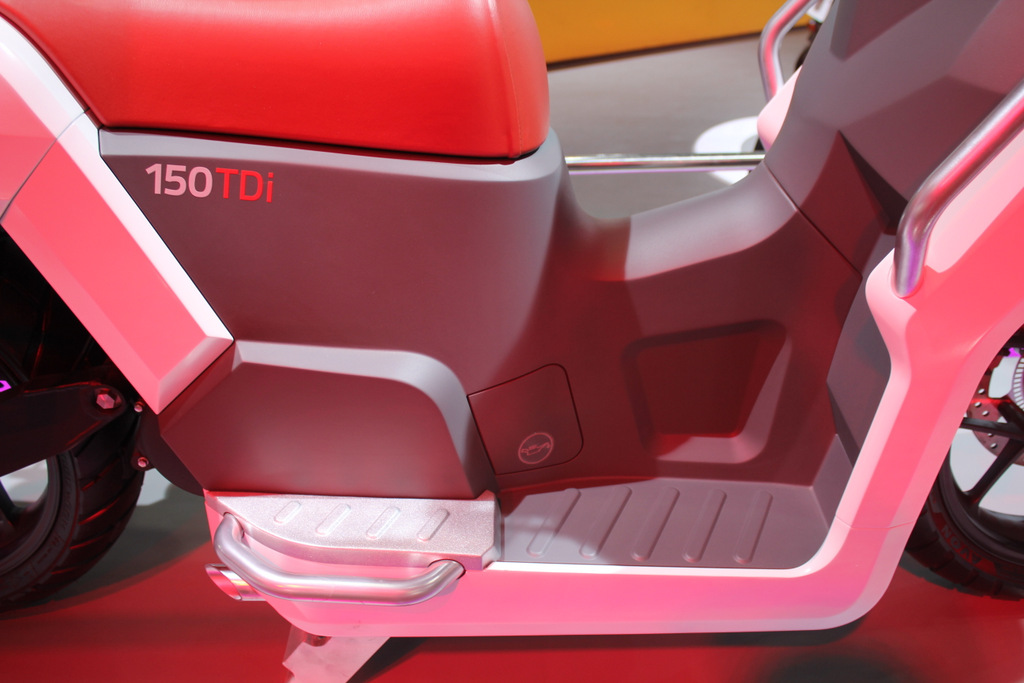 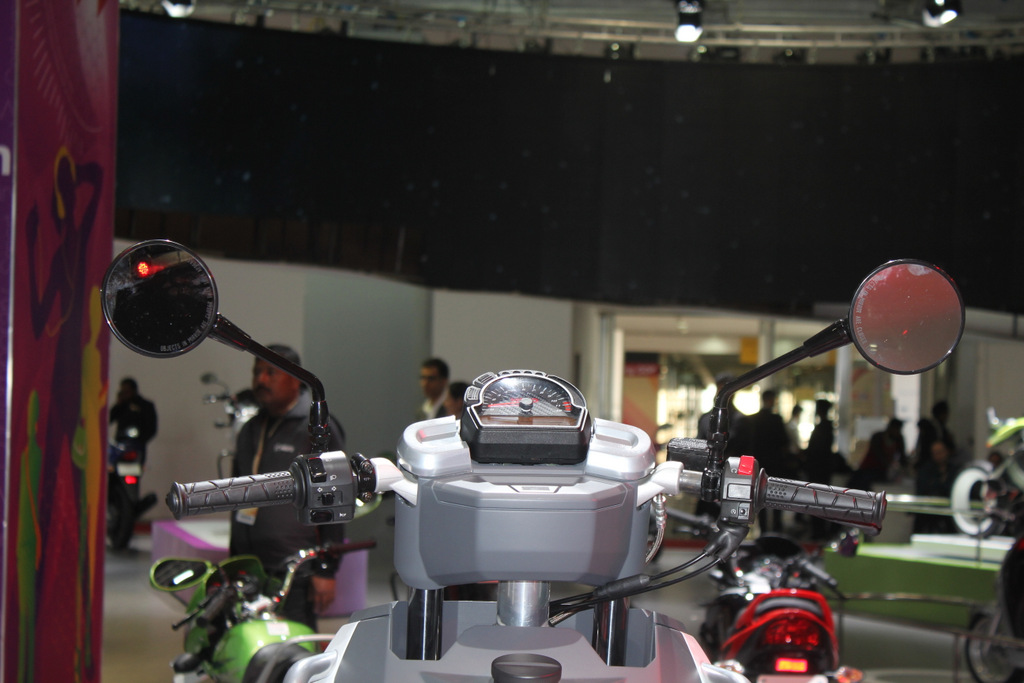