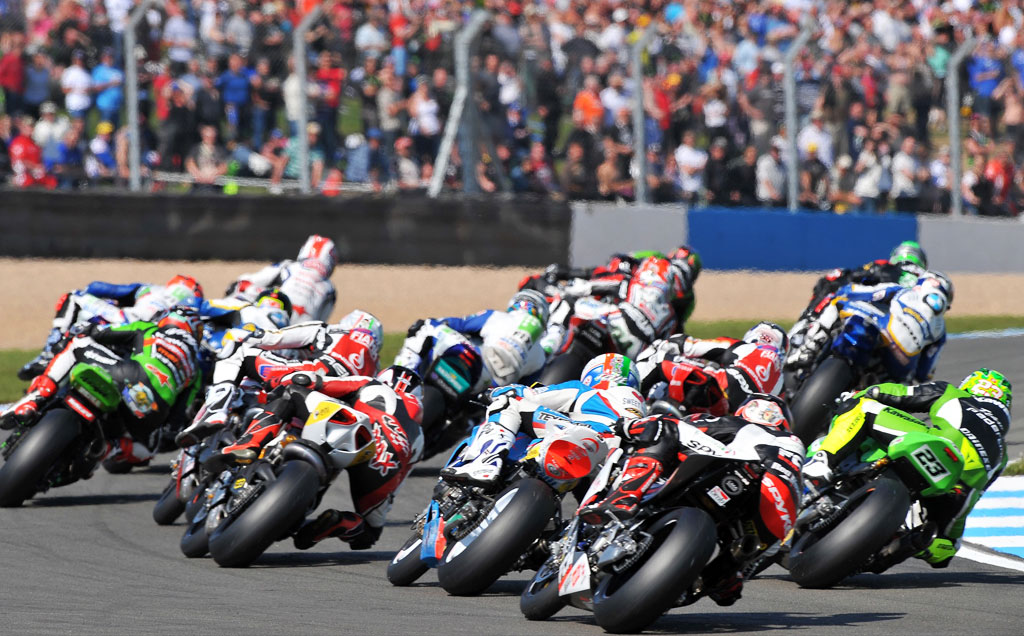 FIM has passed up a long awaited decision of running the WSBK races on a two day format for getting maximum television exposure for the event and organizers. Reshaping the schedule of the WSBK races, they now will be held on a two day format. One taking place on Saturday and other on Sunday each starting at 1 pm (GMT) for gaining maximum attention from the TV traffic.

Allowing fans to get more time to travel venues for the start of the main feature race in between, WSBK will also be helping other sports such as F1, Golf, Football etc. that take place later in the afternoon. The new move is a gamble in some ways but with Dorna taking most of their revenue from TV rights, creating a more TV-friendly package was seen as the way forward. Better TV viewership also means more opportunities for teams and manufacturers to find greater sponsorship and exposure for their existing partners.

Spacing the ‘Spectator Activities’, Dorna believes that this would also be helping fans to enjoy more local interests and entertainment by including trackside activities hence giving advanced experience than just racing. Potential downsides for the fans are ‘having’ to go for two days not one, or missing one race if they can only go on Sunday or Saturday, but not both days.

Although teams and riders won’t be having the freedom of one extra practice session but their time is increased for track outing, from, 45 minutes to 1 hour. Apart from the schedule change there are other main changes too for 2016. In a similar move to the Moto2 class, there will now be a limit of the number of test days any team or regular WSBK rider can undertake on a WSBK spec machine – inside or outside the WSBK sphere. Moto2’s test day numbers should be ten, and WSBK should be similar. The rules also allow teams to choose where they test, not just at any designated ‘home’ circuit. Although it’s still an unclear news and no final official wordings have been made, but, the officials have already indicated that it’s going happen soon.

Leaving the unclear wordings of the press release, it appears that riders and teams will still be able to compete in other Superbike classes – BSB, IDM, WEC, or similar – but only of they get an exemption from WorldSBK Race Direction. Until now they had almost total freedom to get more track time by practicing or racing in other championships. 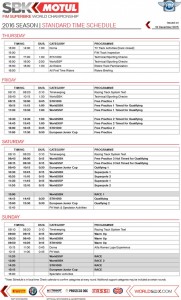