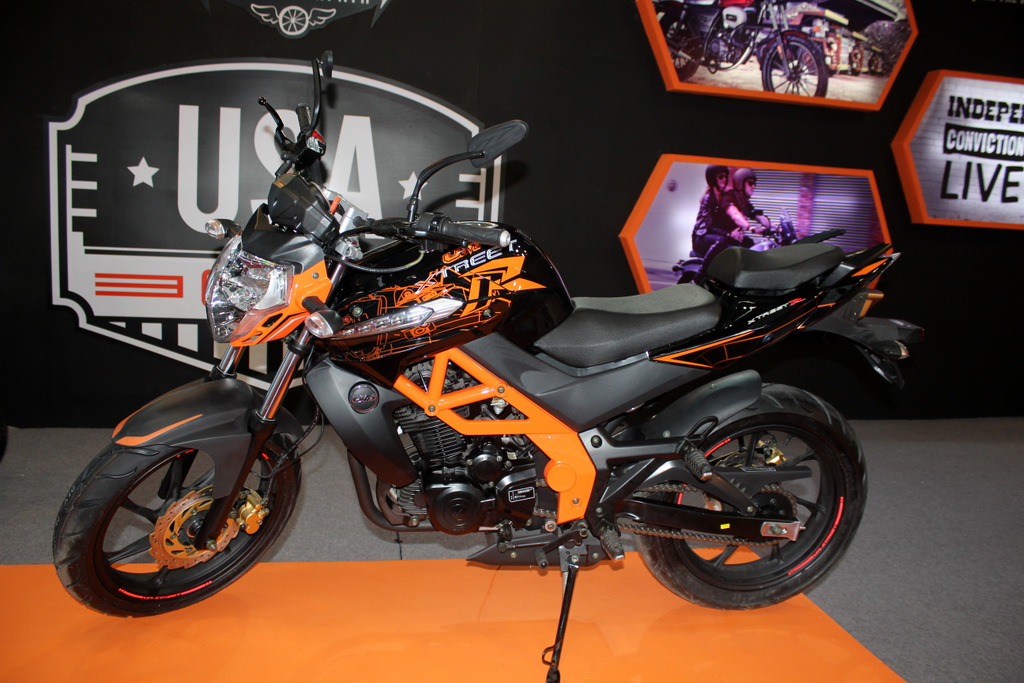 American motorcycle manufacturer, United Motors (UM), will enter the Indian two-wheeler market by November 2014. The brand had revealed its product range for the Indian market at the 2014 Indian Auto Expo in Noida. In India, the company will be known as UM India Two Wheelers Private Limited. The first product to hit the street from UM will be the Renegade Commando cruiser. As promised at the Auto Expo, the brand is all set to enter the two-wheeler market during the festive season. The company has been working with its distribution partners for local assembly.

The model showcased at the Auto Expo had exposed framework, much like the KTM bikes and was even painted in orange bearing an uncanny resemblance. The bike had three types of paint on it; gloss black on the tank, matte black on the front mudguard and side panel and some orange thrown here and there. Headlamp was seen with minimum fairing and the digital + analogue instrument cluster sat on top of it. What might interest some and absolutely shy away some were the LED lights on the tank. In what might seem like trying a little too hard for attention, we think there is surely some market for this. Below the tank, you have FZ look alike floating tank cowls on either side painted in matte black. Decals on the tank and the panel below the pillion seat read ‘Xtreet R’. Seats are of the split and step-up category. The bike was shod with 7-spoke alloy wheels and petal disc brakes at the front and back. The LED tail lamp unit looked familiar to those seen on the bigger Hyosung’s. Another feature which deserves a mention was the underseat exhaust. We saw Hero MotoCorp come up with this on the HX250R and now UM motorcycles could also bring it out on the Xtreet R.

Do you think in today’s date, with every manufacturer upping their game, the Xtreet R can find buyers? Will it be easy for a new brand to enter the market and demand around 1 lakh rupees for a motorcycle? (pricing is a speculation) 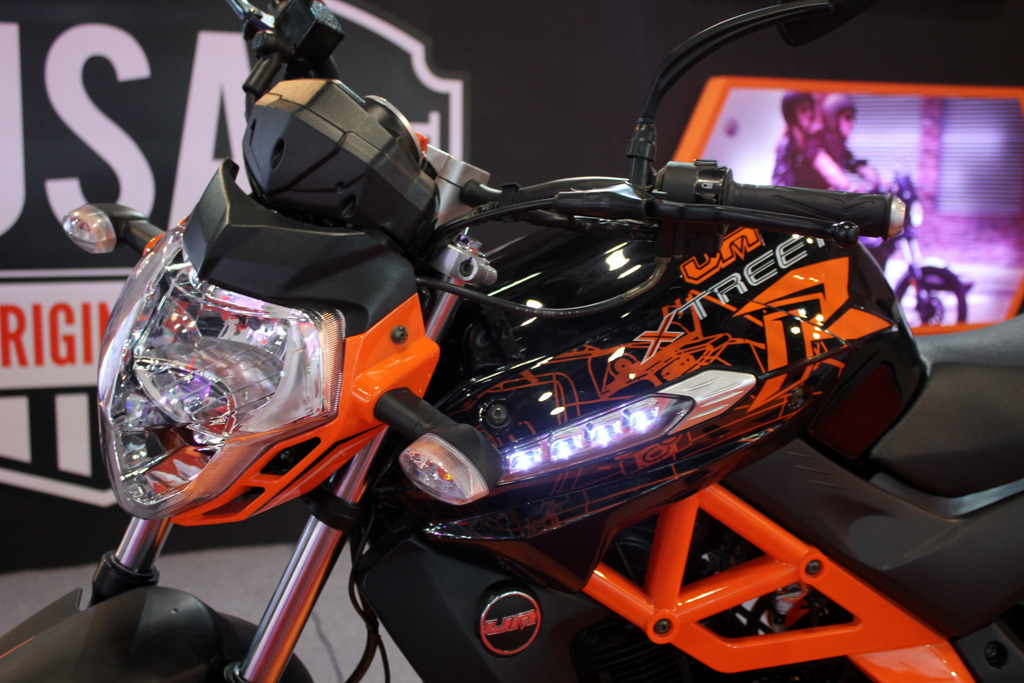 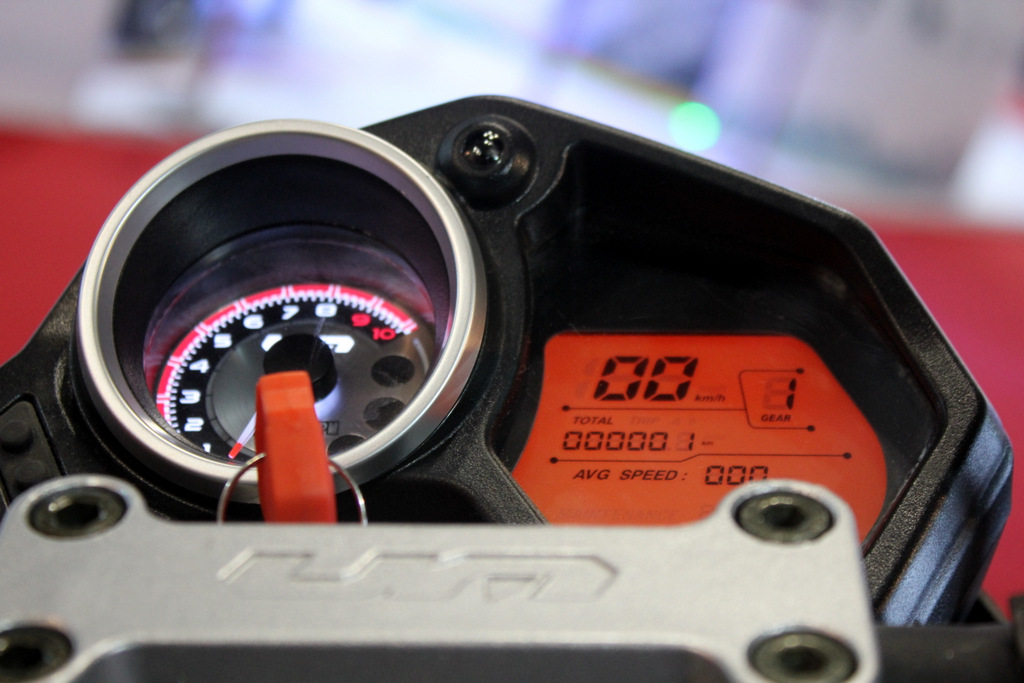 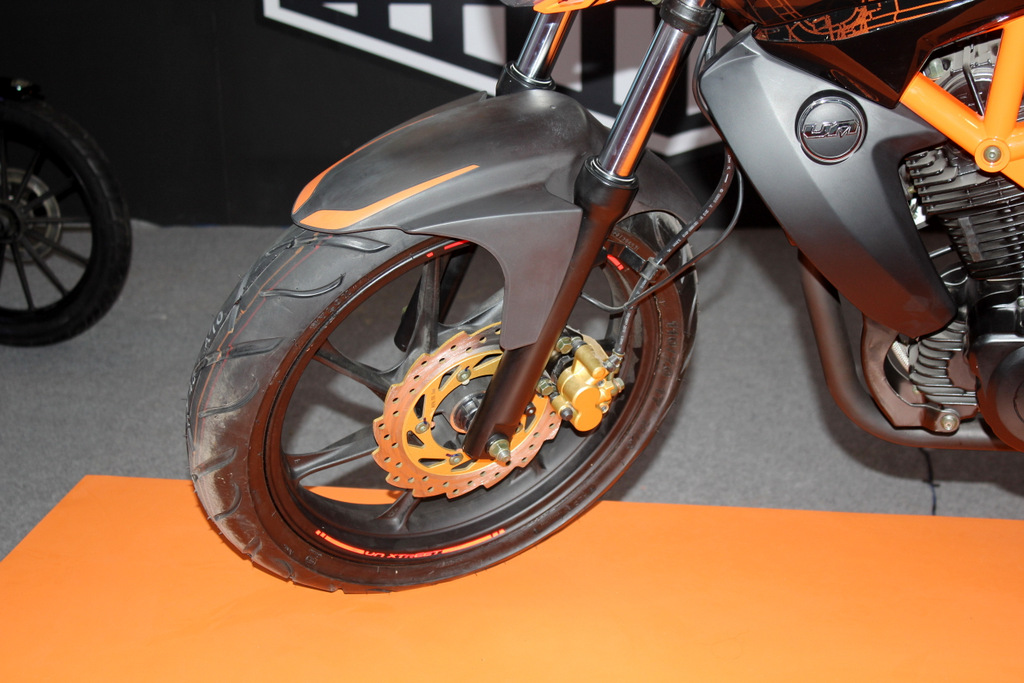 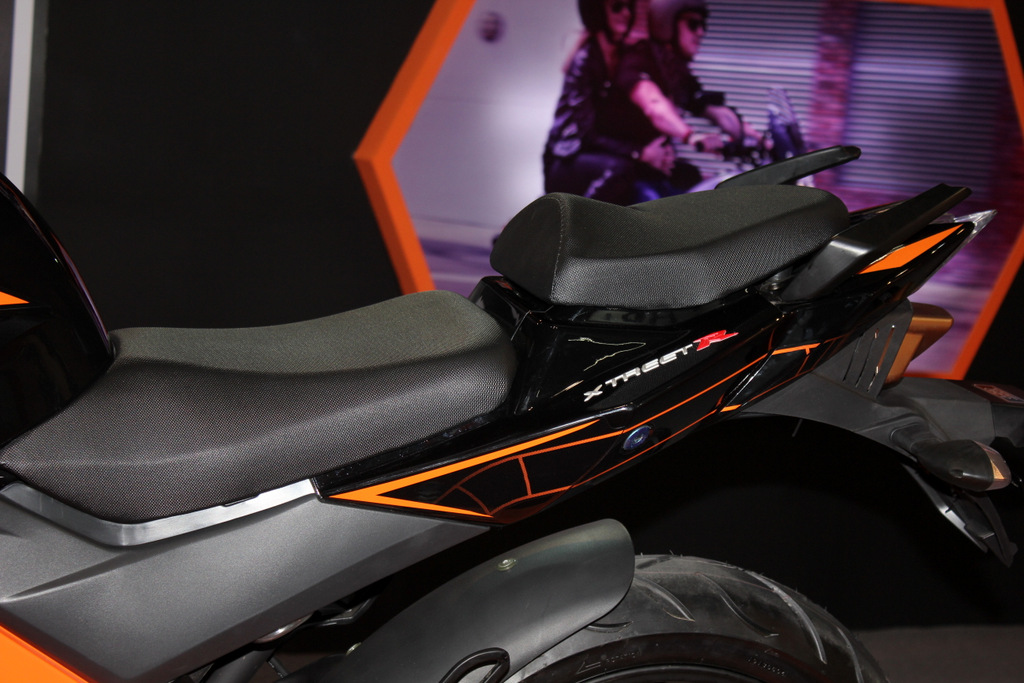 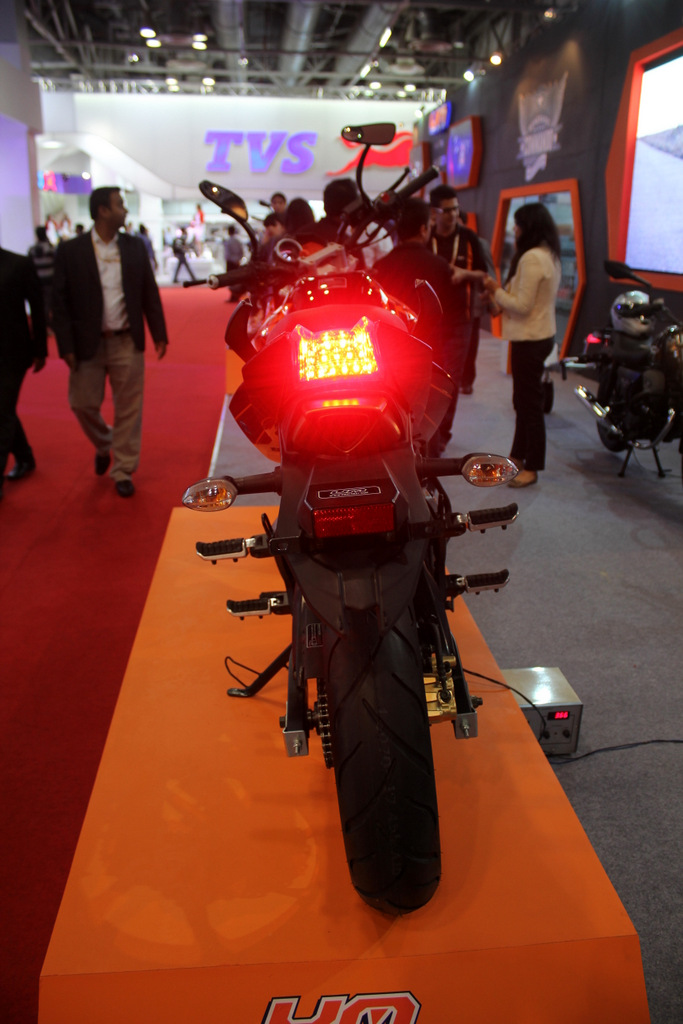