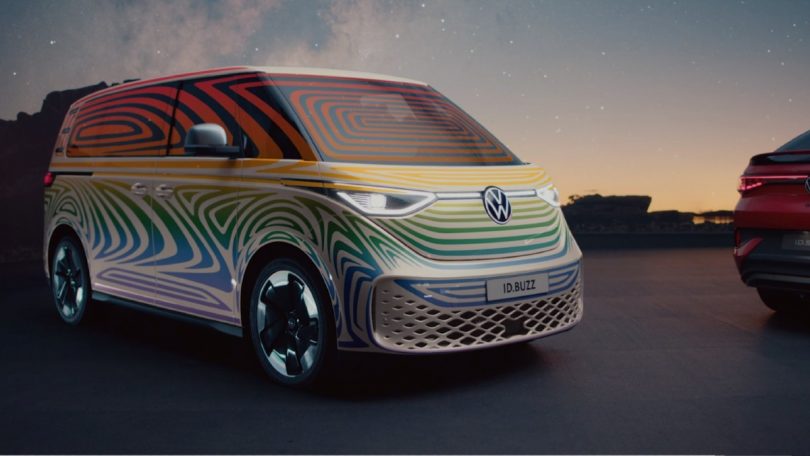 Volkswagen has unveiled its ID.Buzz van during the launch of its ID.5 and ID.5 GTX electric coupes. Volkswagen showcased the ID.Buzz’s distinct styling and design without any camouflage, along with a colourful wrap surrounding the bodywork. Based on spied testing, Volkswagen camouflaged the commercial and passenger variants of the electric ID.Buzz, hiding its design details. The ID.Buzz features an evolutionary design compared to its concept version introduced in 2017.

The ID.Buzz sports a honeycomb pattern on the front bumper to resemble other vehicles in Volkswagen’s ID range. With the front bumper covering a wide area between thin side intakes, the ID.Buzz features LED headlights. Volkswagen has connected the headlights to a large VW logo via a thin illuminated strip, reminiscent of newer VW models.

Volkswagen has characterized the profile of the ID.Buzz with a unified greenhouse courtesy of the black side pillars. The German automaker has utilized a single side character line that connects the taillights via the headlights. Despite the character line blending with the path for the sliding doors, Volkswagen has not yet revealed the rear profile. Based on spy shots, the new ID.Buzz sports a large tailgate and horizontally-mounted LED taillights.

Volkswagen has utilized its MEB platform for the ID.Buzz and will offer the van in different variants. These variants will differ from each other in terms of interior configurations, wheelbase length, battery capacities, and electric powertrain options. According to sources, Volkswagen will offer the ID.Buzz in rear-wheel drive (RWD) or all-wheel drive (AWD) options. The RWD variants will likely sport a 150 kW motor, whereas the AWD variant will feature a 275 kW motor.

With 48 kWh to 111 kWh battery pack options, VW claims that the largest battery pack offers 550 km of range. The automaker also claims that the battery takes 30 minutes to charge from 0-80% via a 150 kW fast charger. Based on information from sources, Volkswagen plans to launch the production-ready ID.Buzz for European markets in 2022.

Production of both versions of the EV will take place in Hannover, Germany, in early 2022. Volkswagen plans to only launch the passenger variant for the US market in 2023 and equip the van with ADAS systems. Volkswagen claims that the autonomous version of the ID.Buzz will offer riding services to residents of Hamburg in 2025. 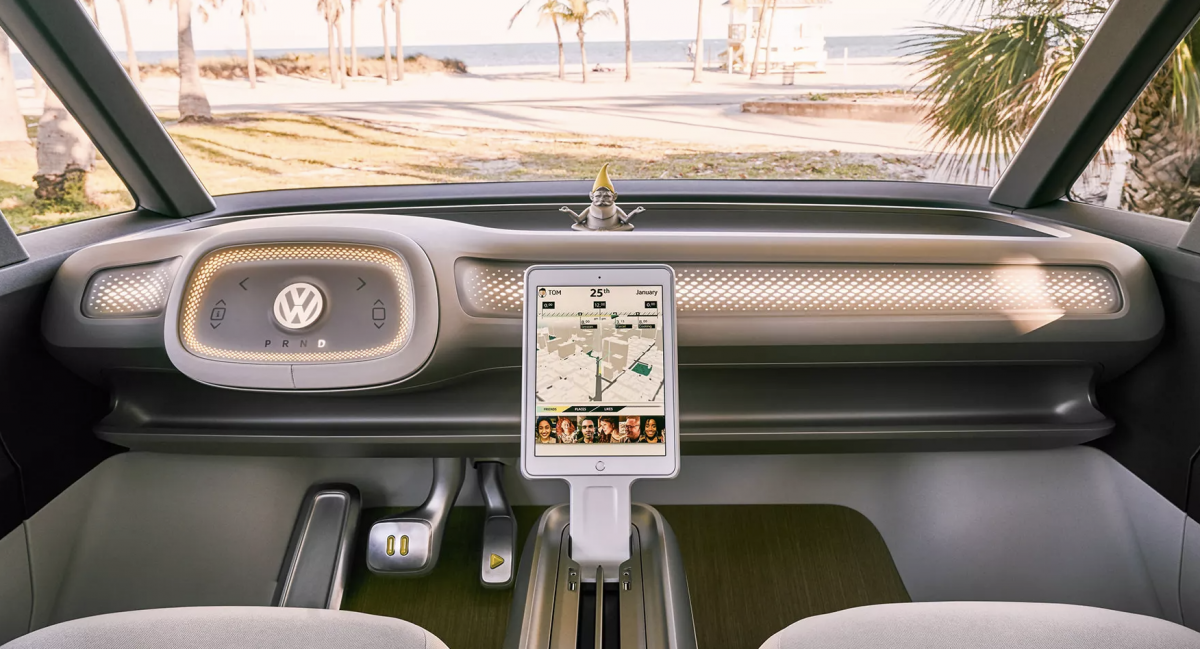