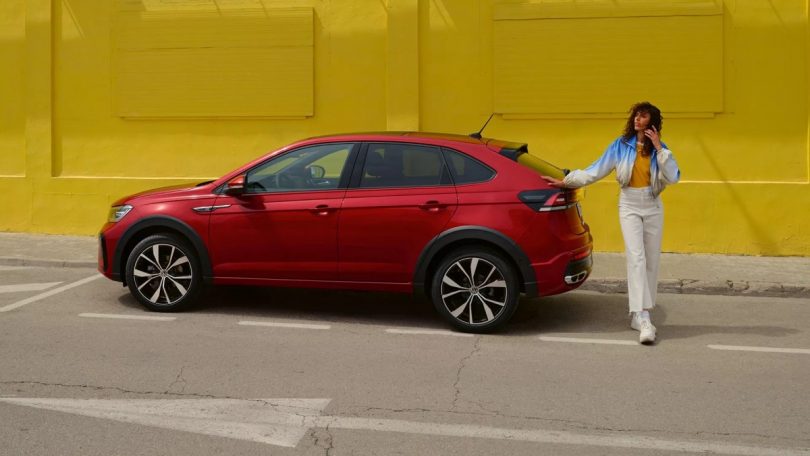 Volkswagen has revealed the new Taigo crossover Coupe in the European market. While Taigo shares a lot with the Taigun, the brand may not bring the CUV to India anytime soon. The Taigo is based on the Volkswagen Nivus, which is already on sale in the South American market. But the European-spec Taigo underpins the MQB-A0 platform. In India, the Taigun will use the Indianised version of the MQB-A0, called the MQB-A0-IN.

The SUV features Volkswagen’s hallmark European design language with straight lines and sporty front fascia. The Taigo comes with a horizontal chrome bar with a ‘VW’ in the centre and a black mesh grille. The front apron features a gloss black applique with body-coloured inserts and fog lamps that flank the front bumper. The Taigo comes with sleek LED headlamps and LED wraparound taillamps. The car also features a progressive roofline and sharply raked rear windscreen. The Taigo also gets wheel arch trim in black, reiterating the Taigo’s SUV status.

The Volkswagen Taigo comes with a multilayered dashboard that draws inspiration from the new Polo and T-Cross. The dashboard features a central infotainment screen with the brand’s latest ‘MIB3’ infotainment software. The car also comes with a touch-sensitive automatic climate control system, depending on the trim. The Taigo also comes with a digital instruments cluster and many driver assistance features such as adaptive cruise control, lane keep assist etc.

Powering the Taigo is a 1.0-litre three-cylinder turbo-petrol unit that comes in two states of tune. Depending on the model, the CUV comes with either 95 Hp or 110 Hp of power. The Taigo also comes with a 1.5-litre four-cylinder engine that makes 150 Hp of power. The Taigo gets three gearbox options depending on the model – a 5-speed manual or a 6-speed manual, or a 7-speed dual-clutch automatic (DSG). 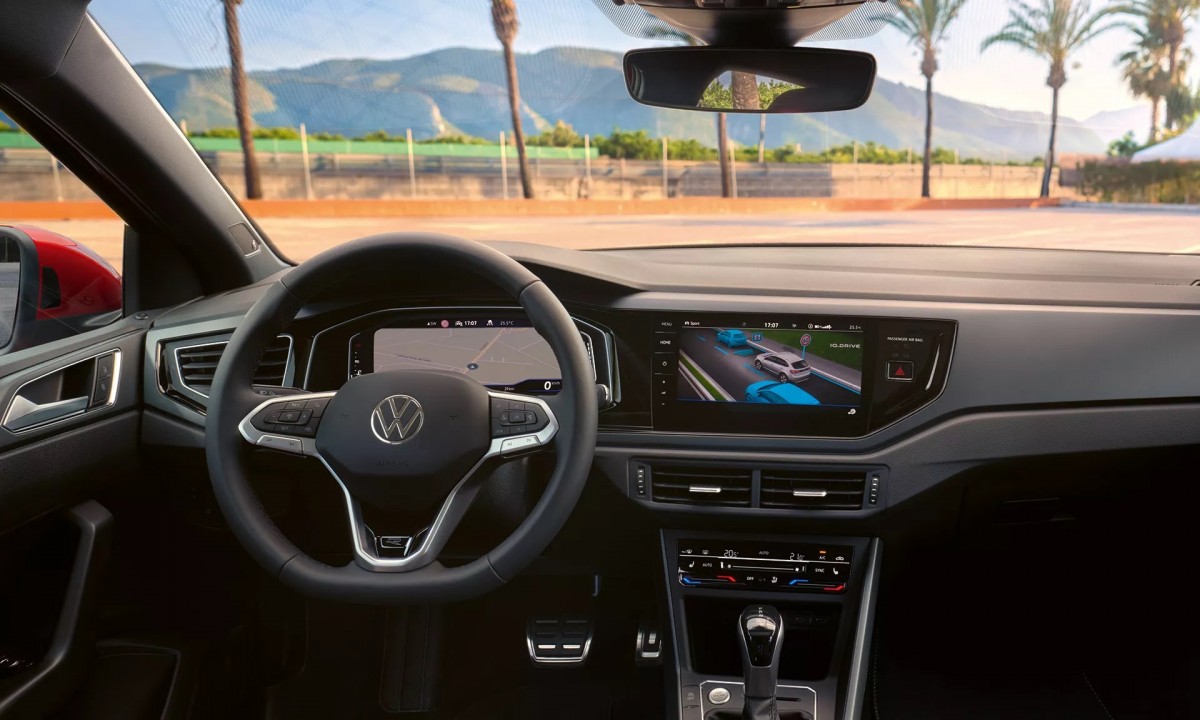 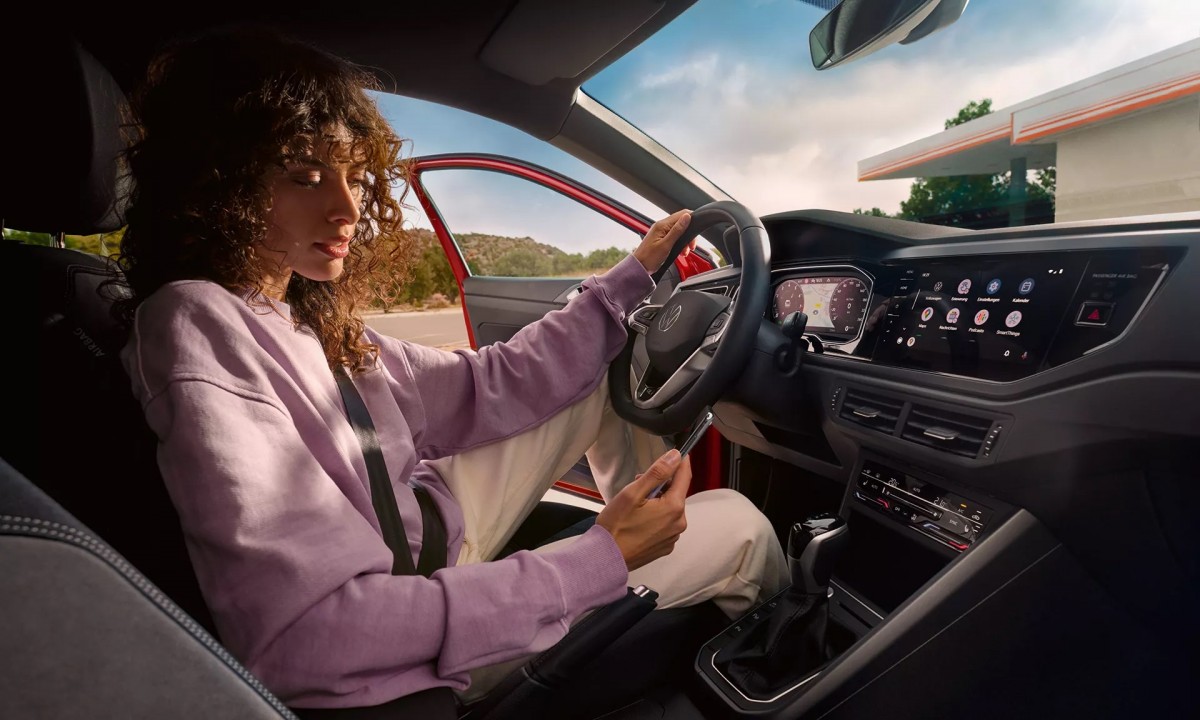 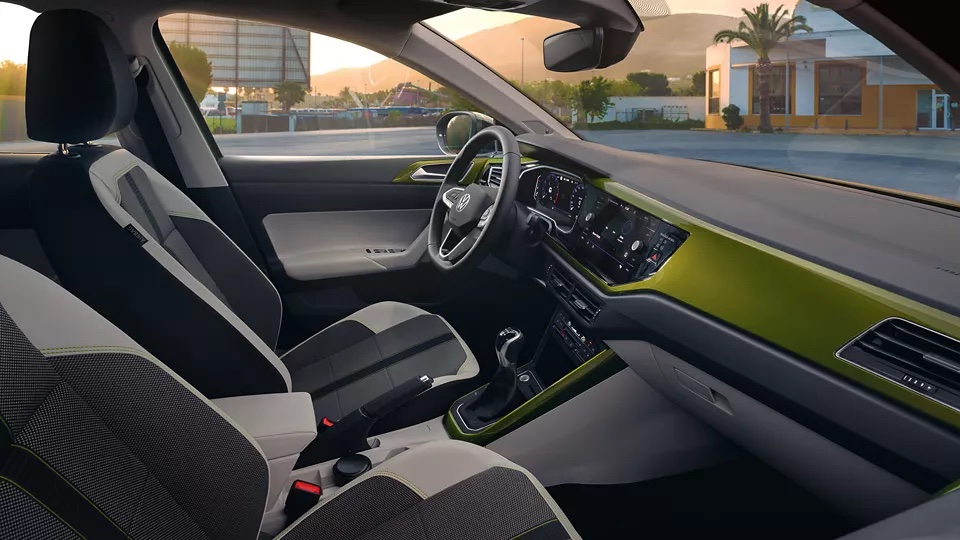 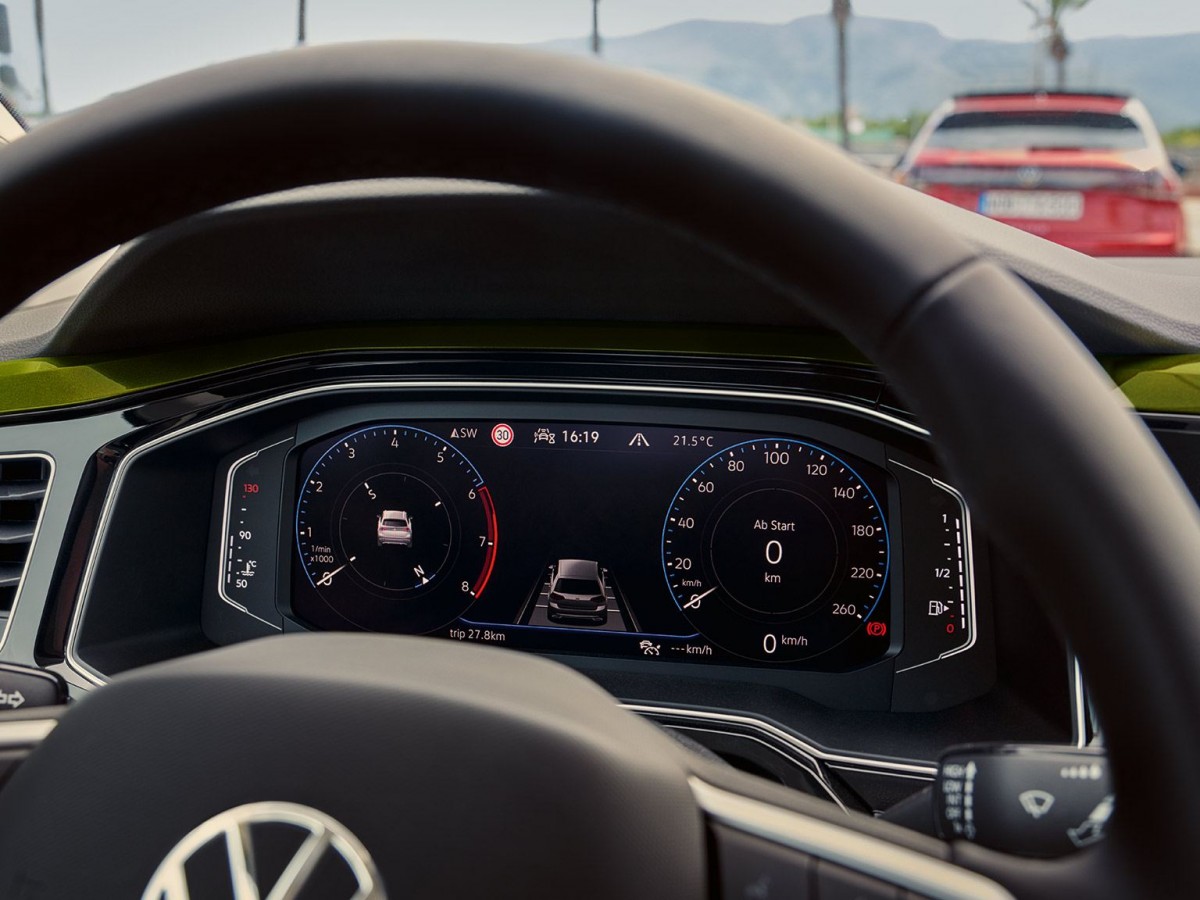 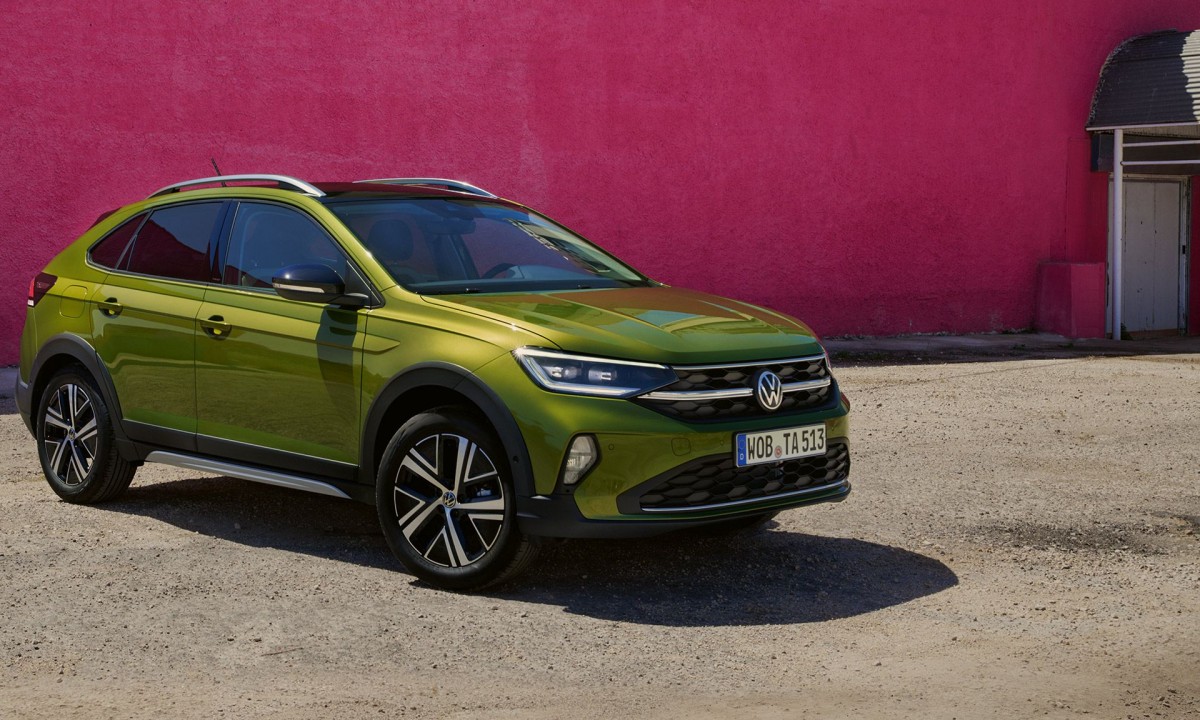 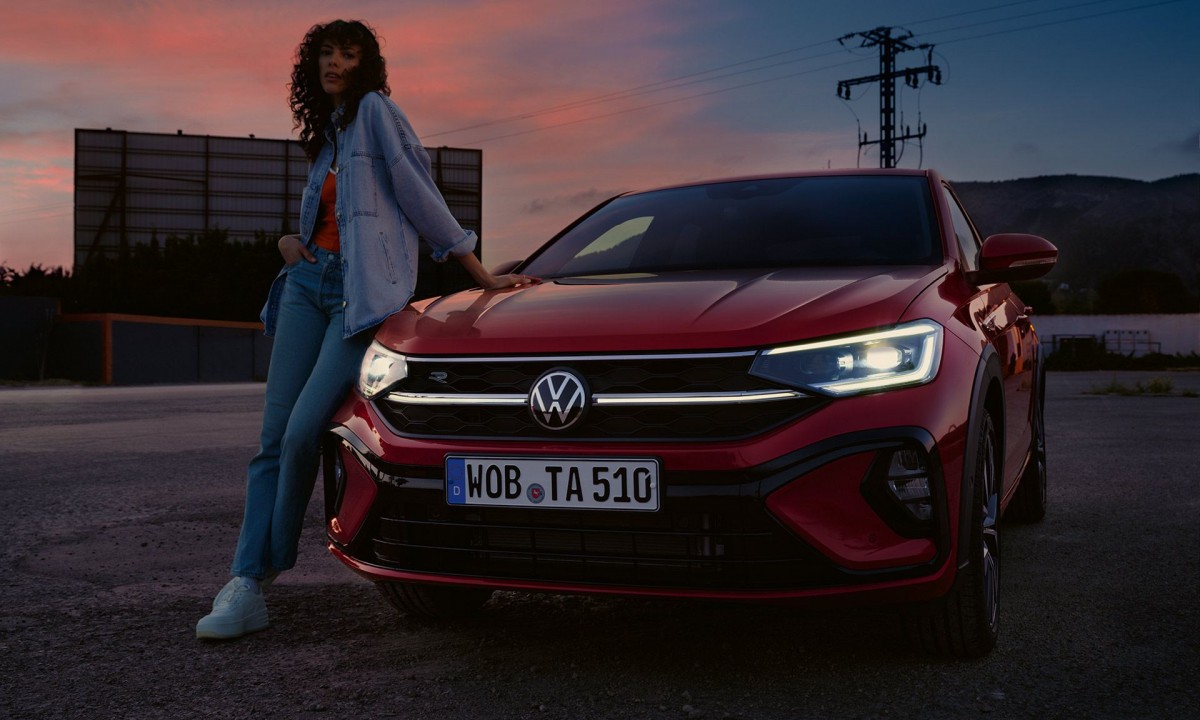 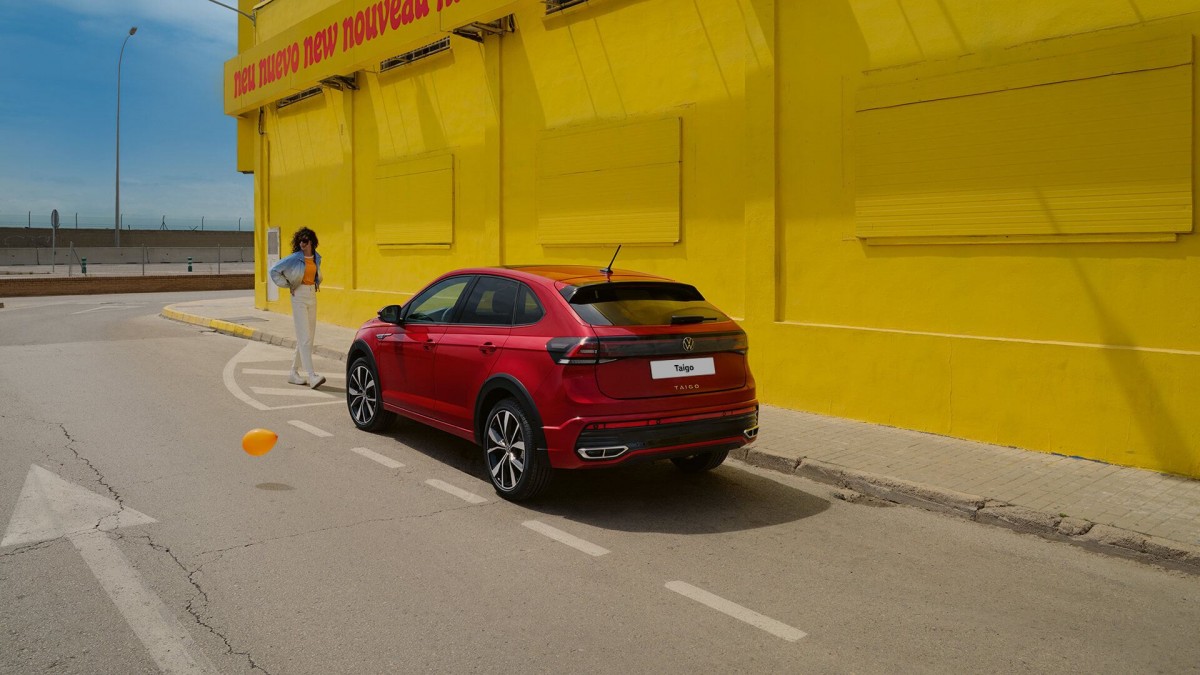 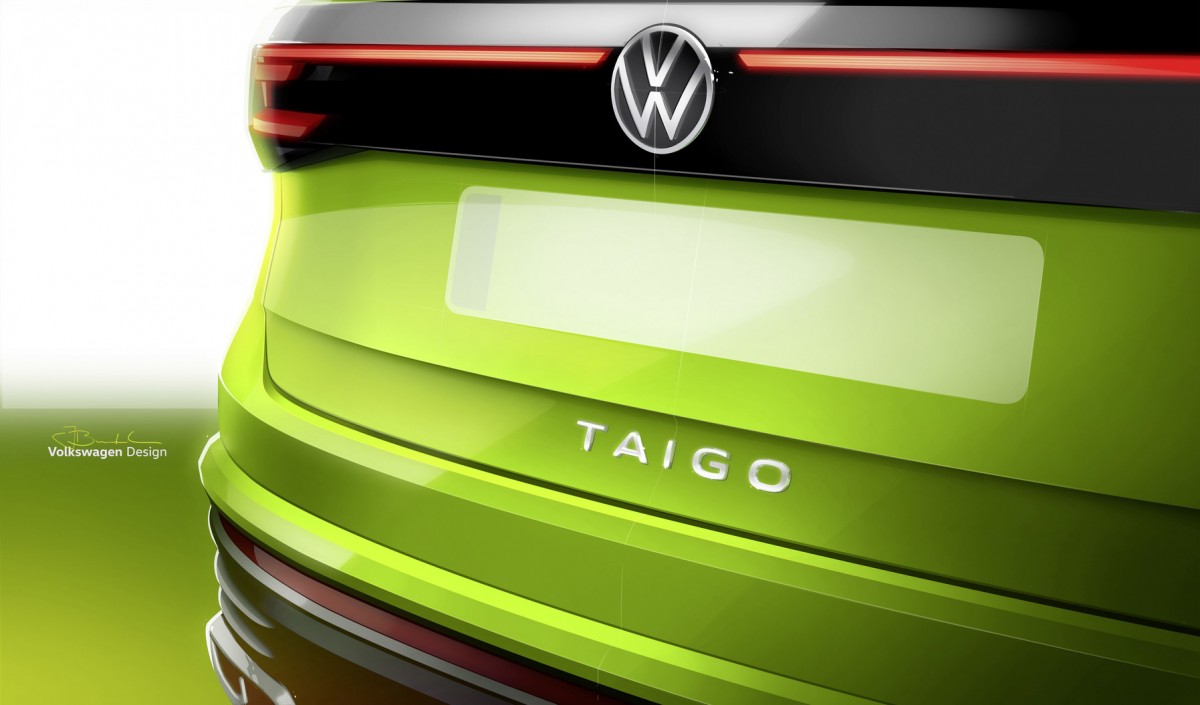 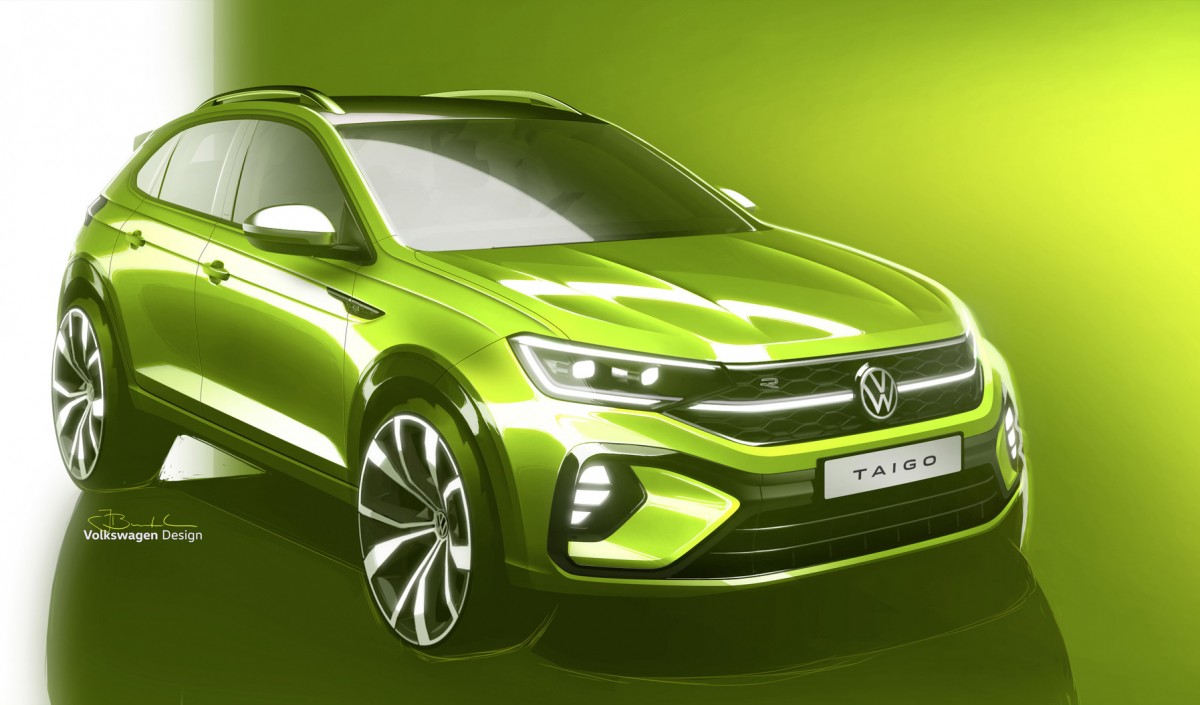 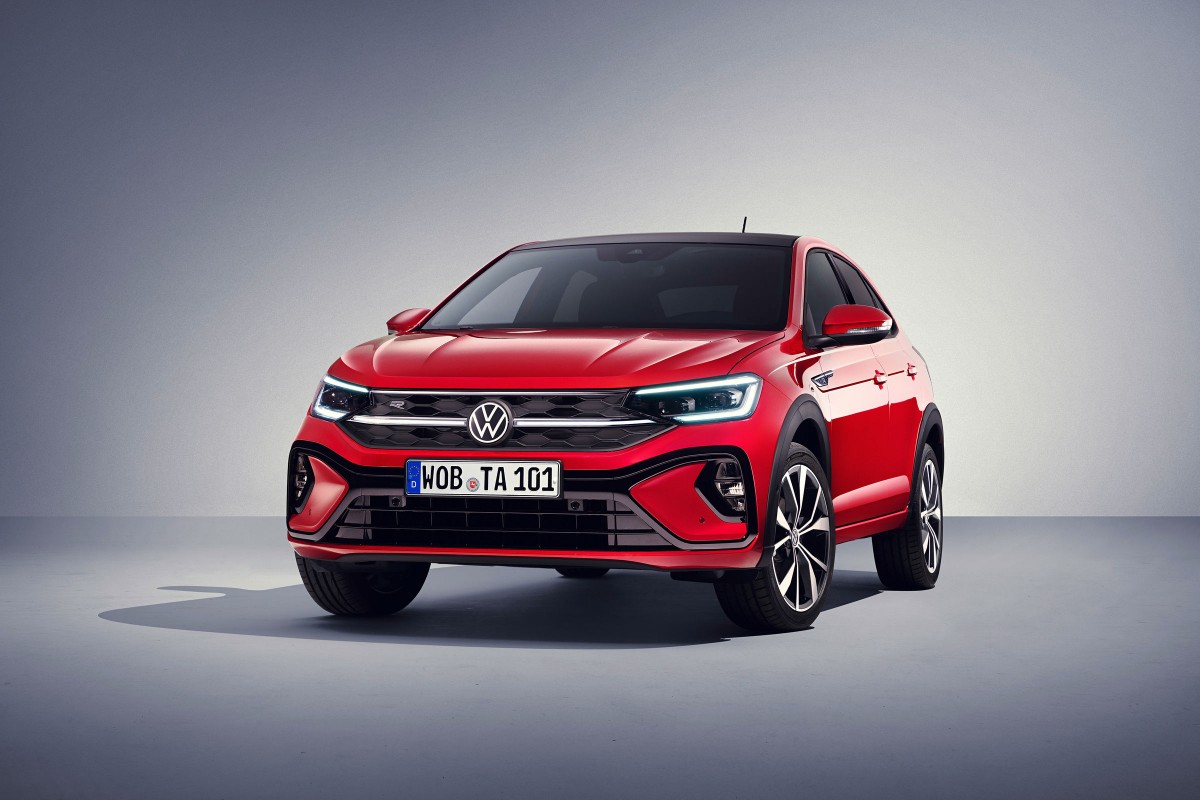