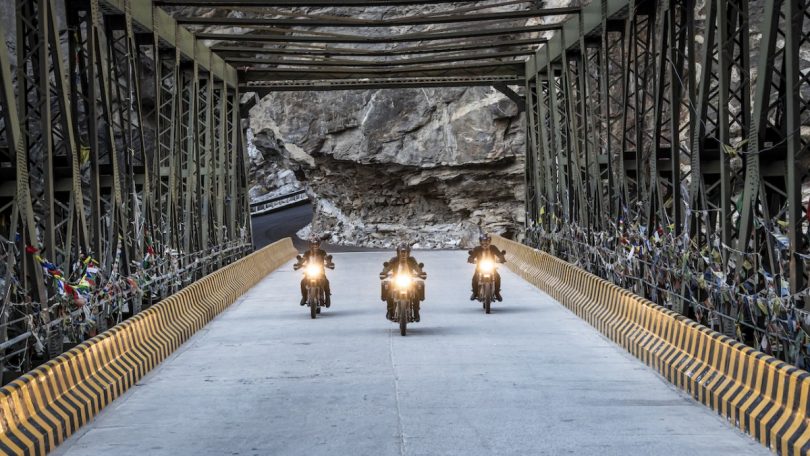 Royal Enfield recently updated the Himalayan in the Indian market with minor tweaks to the fairing, side frame, seat and colour theme. The brand also upgraded the motorcycle by adding the Royal Enfield Tripper Navigation system to the existing instruments cluster. Also, the new Royal Enfield Himalayan boasts to be more refined than before. Though the brand has not made any major changes to the engine or mechanicals.

Images of a new Himalayan have emerged on the internet. The motorcycle appears to be a road-biased version of the Royal Enfield Himalayan and comes with mild changes on the design front. The test mule does not have a fairing and the side rack on the front also appears missing. Speculations are that the motorcycle is unfinished but new tank shrouds and missing fork boots lead us to believe that this could be a near-production model.

The instruments cluster also appears minimalist and the motorcycle features a round headlamp which is similar to the Himalayan. The rear section of the motorcycle appears almost unchanged and the test mule had hard panniers mounted on the motorcycle. The brand could be targetting the highway touring audience with the new Himalayan and may also offer alloy wheels with tubeless tyres in a 17-inch size. Currently, the Himalayan comes with a 21-inch front and 17-inch rear spoke-wire rims.

Powering the Himalayan is a 411cc single-cylinder air/oil-cooled engine. The BS6 emissions-compliant engine produces 24.6 Hp of power and 32 Nm of torque. The engine comes with a 5-speed gearbox and a SOHC valvetrain system. Sources suggest that the engine on the test mule is new, but appears similar to the current engine.

We think Royal Enfield will employ the same engine and may update it internally to refine the NVH levels and tweak the gearing for the motorcycle to be more comfortable on the highway. Rumours are that Royal Enfield is also working on a twin-cylinder 650cc Himalayan. The development could be taking place behind closed doors at the Royal Enfield’s UK technology centre. 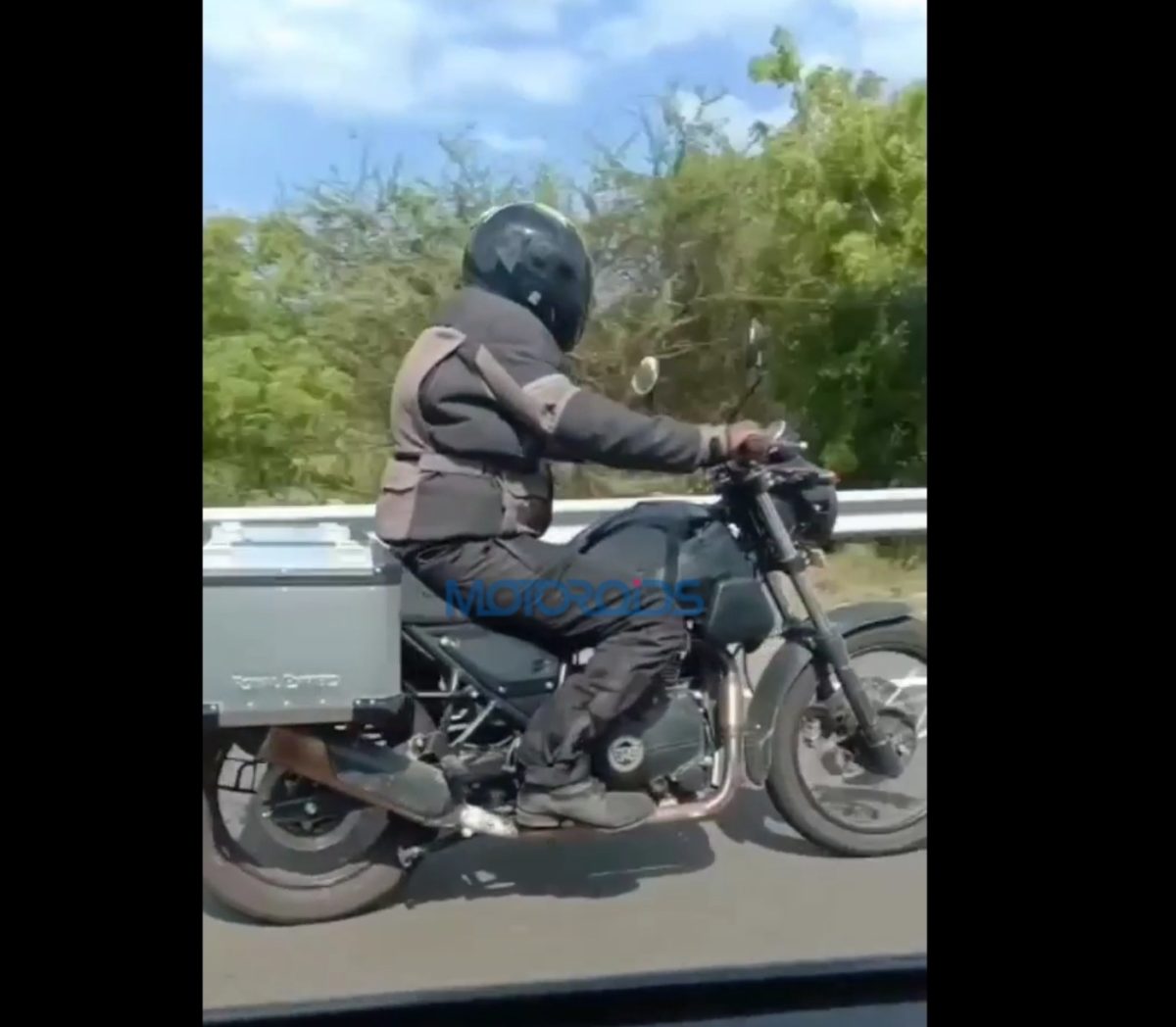 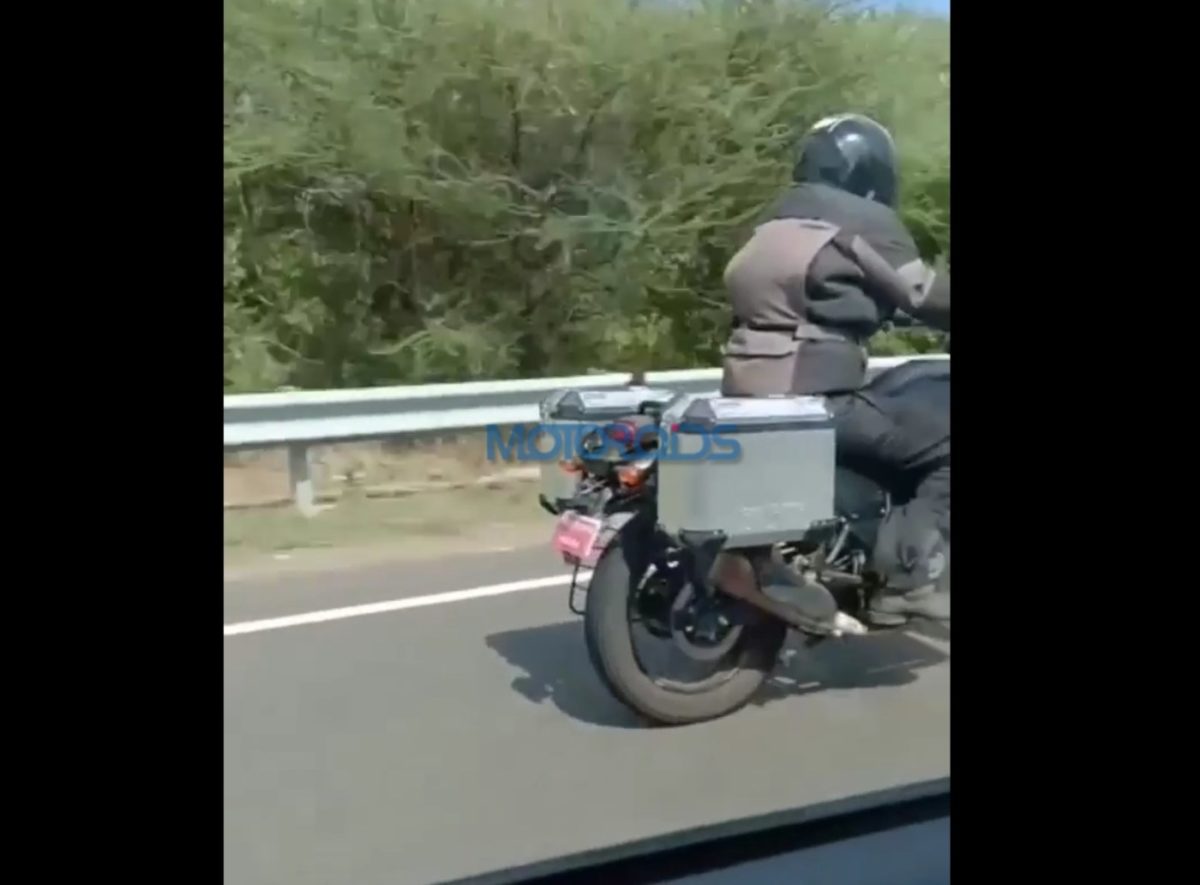