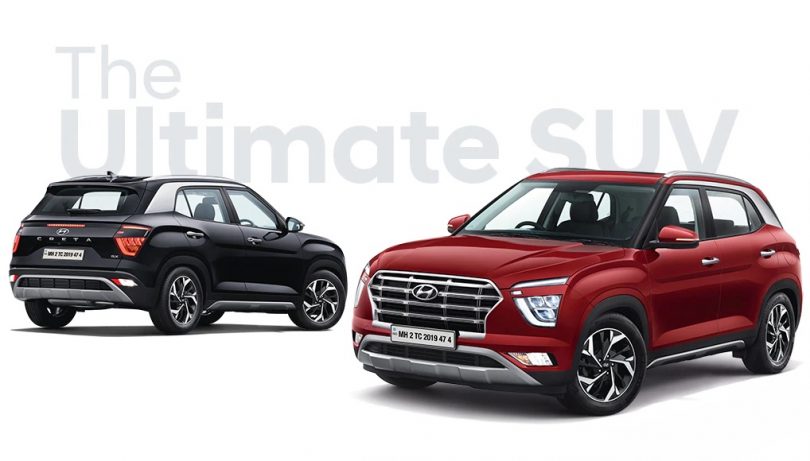 According to Just Dial Consumer insights, demand for the Hyundai Creta has been rapidly growing across the country. Furthermore, the Swift Dzire, Eeco, and Ertiga were among the top-3 popular models reported the acuity. Just Dial Consumer insights also reveal that Maruti Suzuki is currently dominating the used-car market with eight of its models among the top-10 most sought-after cars.

The new Hyundai Creta comes with a starting price tag of INR 10.23 lakh ex-showroom Delhi. The Hyundai Creta comes with three engine options – a naturally aspirated 1.5 MPi petrol engine, a turbocharged 1.5 U2 diesel engine and a 1.4 Kappa Turbo-GDi petrol engine. The brand also offers multiple gearbox option on the new Creta. The SUV measures 4300mm in length, 1790mm in width 1635mm in height with a wheelbase of 2610mm.

The other two on the top-10 list are Hyundai and Tata, with each of their models. The top-10 list comprises of Swift Dzire, Eeco, Ertiga, Wagon R, Swift, Creta, Brezza, Baleno, Nexon, and Alto 800. In addition to this, the top-10 most sought-after brands in the used car markets are Maruti Suzuki, Mahindra, Hyundai, Toyota, Tata, Honda, Renault, Audi, Volkswagen, and Ford. Luxury car brand’s such as Audi, Mercedes, Land Rover, and Jaguar are also in the Top 10 list of luxury used cars.

Just Dial Consumer Insights also revealed that the Swift Dzire, Eeco, and Ertiga was maximum in Delhi, Mumbai, and Pune, among Tier-I cities. The Swift Dzire was also in high demand in Tier-II cities such as Lucknow, Indore, and Jaipur. The Maruti Suzuki Eeco was also shows demand in Nashik, Vadodara, and Surat. While the Ertiga shows high demand in Jaipur, Nagpur, and Mysore. OEMs such as Mahindra, Hyundai, Honda, Renault, Tata and Volkswagen show demand in cities like Mumbai, while Maruti Suzuki and Audi show maximum demand for Maruti Suzuki and Audi. While Ford shows demand in the city of Bengaluru. Demand for the Creta SUV has remained high across the country.