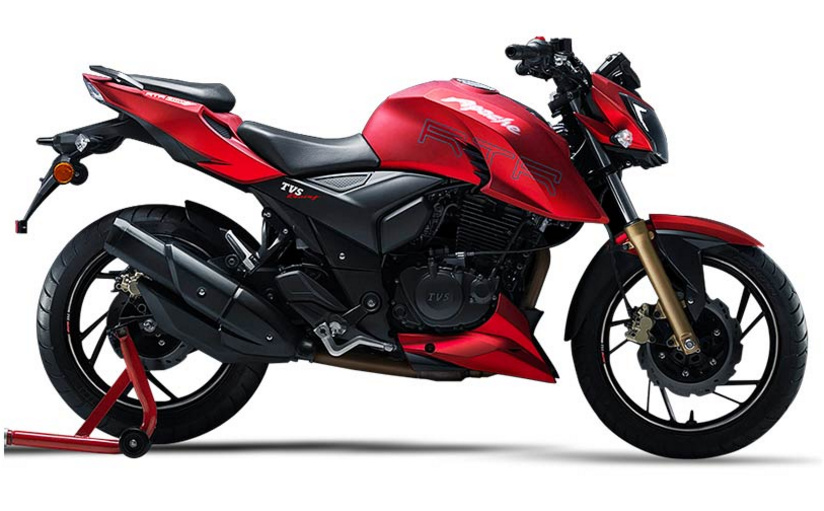 TVS will launch the Apache RTR 200 4V in India later today, and it has been a long wait. Both for the brand & for potential customers who were waiting for a bigger & better Apache.

Arch rival, the Bajaj Pulsar 200NS is currently discontinued from the market, but could make a comeback soon with better specs to maintain an edge over competition.

LIQUID COOLING: While the Bajaj Pulsar 200NS engine came equipped with a liquid-cooled technology for better efficiency and performance, it has already been cleared that the Apache 200 isn’t getting one. Eventually TVS has decided to fit Apache with oil cooling technology that has already been seen in older Pulsars half a decade ago. Apache’s engine remains an air cooled one but with jackets inside for oil cooling.

GEARBOX: Bajaj Pulsar 200NS came equipped with a 6-speed gearbox, while Apache will come with a 5-speed gearbox. Nothing can be said about the performance of the motorcycle until it’s been tested later today.

HEADLIGHTS: While both bikes sport a halogen headlamp as the main beam, the Pulsar 200NS got a single pilot lamp at the bottom with the new Apache RTR 200 4V gets LED pilot lamps.

ENGINE: While Bajaj completely developed an all-new engine for the 200NS, TVS has reworked the Apache 180;s engine with a new bore & stroke to achieve higher displacement & increased performance.

FUEL DELIVERY: Both bikes get a carburetor to feed fuel to the engine, however, both models are expected to get fuel-injection in the near future. TVS has already launched the FI version of the new Apache in Indonesia today.

OUTPUT: The Pulsar 200NS belts out 23.52 BHP of power, the new Apache which is already late to the party produces an inferior 20.23 BHP of power.

ABS: The Apache RTR 200 4V however will have an edge in the safety department with dual-channel ABS coming as optional while the 200NS never got a single-channel ABS option till date.