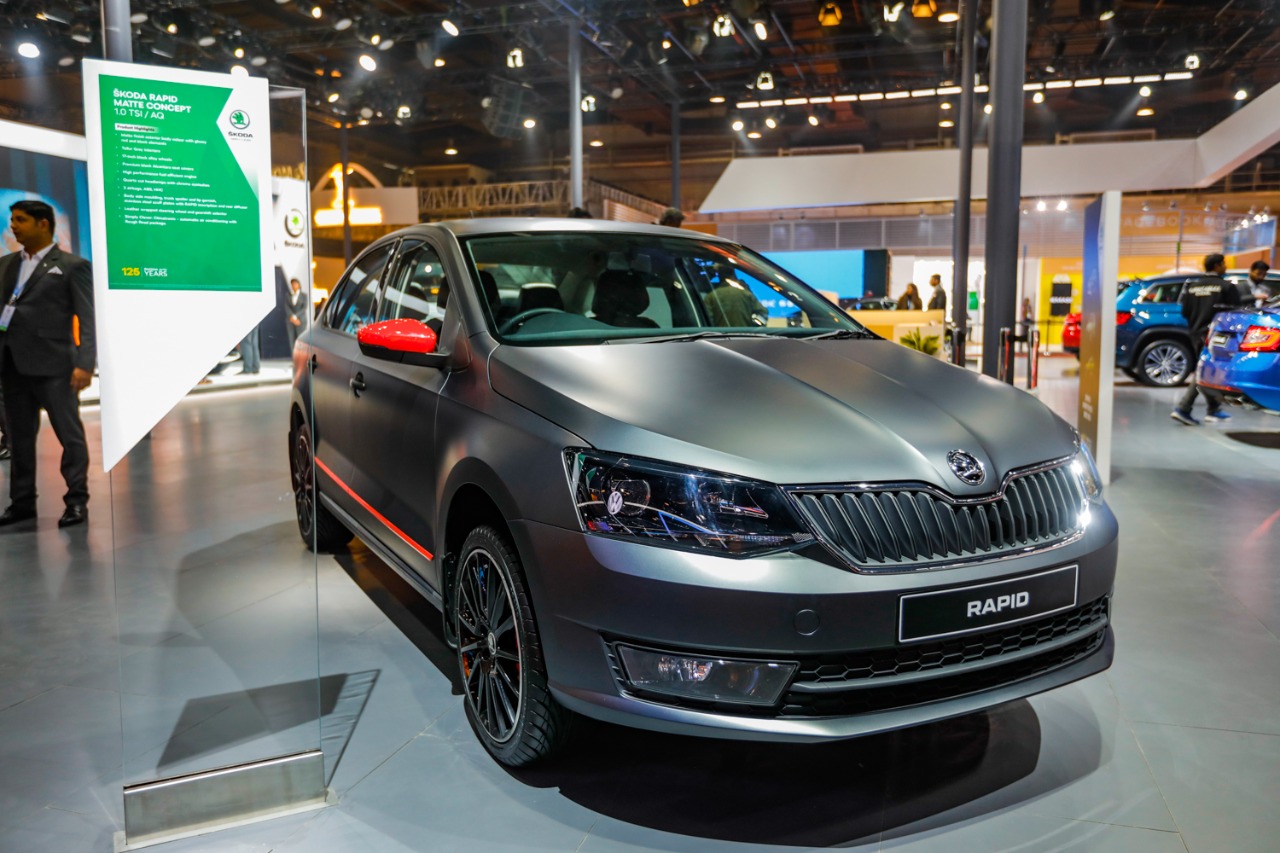 Skoda is looking to bring in some excitement for the Rapid fans across the country. As per reports, the carmaker will most likely launch a Matte Edition of the sedan in the upcoming festive season. Rapid, which already has a cult fan following, now becomes much more attractive. We assume Skoda will not make any changes to the mechanicals, and they will remain the same.

The car will likely have a Matte Grey exterior paint shade with subtle Glossy Black touches for its trim elements. These include the front grille and boot spoilers. In addition to this, the Rapid Matte Edition will also have a sporty diffuser and black ORVMs. Black Alloys similar to the ones that come with the Onyx and Monte Carlo trims will also make their way to this Matte Edition as well. On the inside, the car is expected to get black Alcantara seat covers, thus adding to the sportiness.

Skoda Will Soon Launch A Sedan

The carmaker has confirmed that they will launch a sedan before the end of this year. Reportedly the car will position itself above the Rapid with a host of new features. Based on the Indianised MQB-A0-IN platform, the vehicle will get changes favouring the Indian driving conditions. The engine options will mostly remain the same as that of the Kushaq and Volkswagen Taigun.

The Skoda-Volkswagen Group’s India 2.0 project aims to rejuvenate both brands in the country. The main aim is to attract more customers to the showrooms thus revamping the sales figure. And having said this, the group pretty much understands the importance of a wide and well-connected dealership network that will help achieve its target. And hence, Skoda, along with Volkswagen, is adding new dealerships at a much steady pace. In fact, Skoda had also come with an innovative concept of Compact Workshops for non-metro cities.