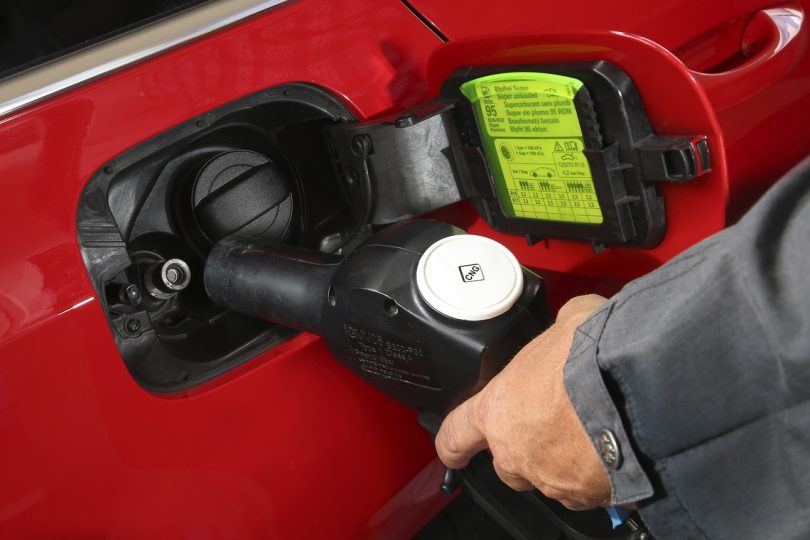 With the introduction of the stringent BS6 emission norms, car manufacturers upgraded the petrol powerplants but axed their diesel line-up due to the costly upgrade cost that could make the vehicle’s unviable for the cost-sensitive market. Instead, manufacturers decided to bring the powerful yet efficient turbo-petrol versions with smaller displacement engines but they are available only in the Petrol avatar and the rising cost of fuel which is now hovering around the INR 100 mark means consumers are willing to explore the more affordable CNG option.

Now a few months ago, images of a Skoda Rapid at a CNG pumping station near Pune Maharashtra led to speculations that the brand could be testing a CNG variant of the Rapid for the Indian market. The affordable fuel option is not only cleaner but also much more efficient but quite less powerful than petrol. Well definitely consumers may feel the power lag but the more mileage and low cost are likely to burn a smaller hole in the pocket.

According to the social media platform Twitter, the brand’s Director of Sales, Service & Marketing, Zac Hollis has confirmed that Skoda is indeed testing a CNG model. Hollis also confirms in the customer inquiry that the brand will be launching four new products starting with the Skoda Kushaq which is slated to make its debut this March followed by three more models and a CNG model could be one among them, leading us to believe that the CNG version of the popular Rapid sedan could be coming this year.

For the uninitiated Skoda already has a CNG model of the Octavia in the international market called the Skoda Octavia G-TEC. Powering the Octavia G-TEC is a 1.5-litre TSI turbo-petrol motor with a Miller combustion process and variable control of the intake valves that makes 130 PS of power and produces 25% reduced Carbon emissions in CNG mode when compared to the same engine running on petrol. Apart from the CO2 emissions the CNG fuel powerplant also emits significantly less nitrogen oxide (NOx) emissions. 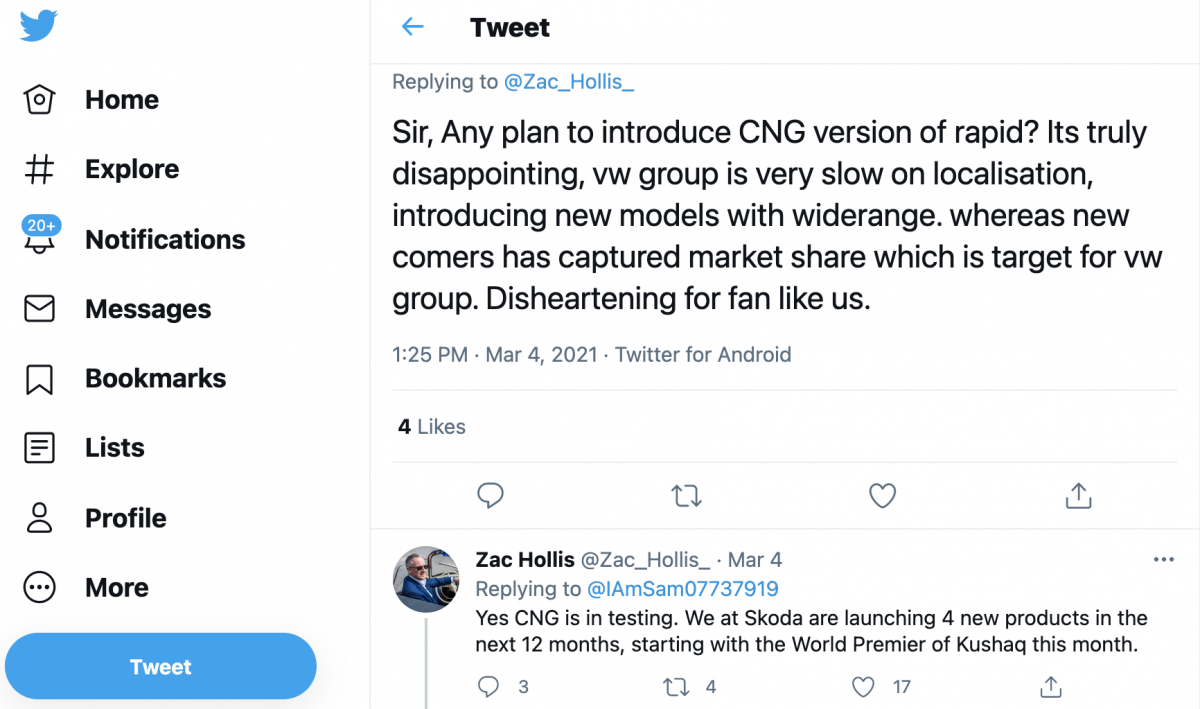