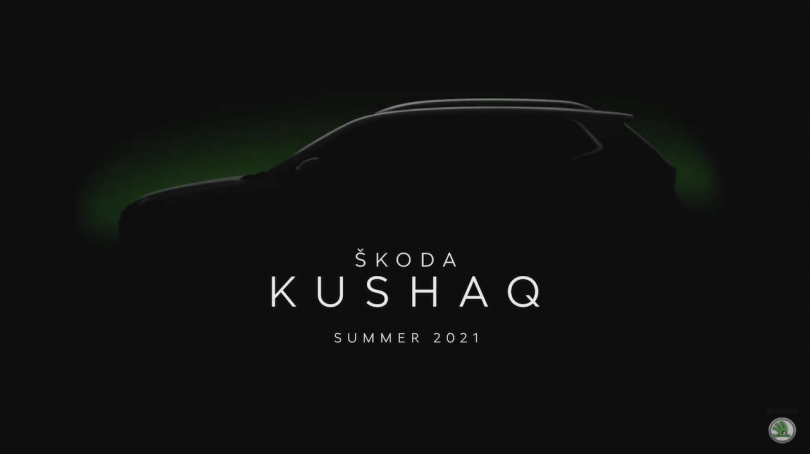 Skoda has christened the brand upcoming mid-size SUV in the Indian market – ‘Kushaq’. The word Kushaq has its deep origin from the ancient Sanskrit language which means King or Emperor. According to the brand, the Kushaq moniker personifies the powerful stance and mannerism of the new SUV all while reflecting on the brand’s 125 years rich heritage.

Skoda in the recent past registered Konarq, Kliq, Karmiq, Kosmiq & Kushaq. The Czech brand ceremoniously names its SUVs starting with a K and ending with a Q, examples being the Kodiaq, Karoq and Kamiq SUVs. Skoda is expected to use the Kushaq moniker on the upcoming Vision IN SUV which will be the first SUV launched under the India 2.0 Project. The Vision IN which was the Concept Codename could be dubbed as the Kushaq, an Indian name for a Czech vehicle. The Vision IN was revealed at the 15th edition of the Auto Expo 2020 in Delhi which proved to be a blockbuster at Skoda Auto Volkswagen India media night and at the time of its reveal. Furthermore, the brand also announced that the Vision IN will be a Made in India, Made for India car built on the MQB-AO-IN a heavily localised version of the Modular Transverse Matrix (MQB) platform.

The Concept study measures 4,256 mm in length, 1,589 mm in height and comes with a wheelbase of 2,671 mm. The production-spec model is also expected to replicate the figures. With its proportions and equipment, the Vision IN which will be called the Kushaq will rival the likes of the Kia Seltos and the Hyundai Creta.

The Kushaq is expected to share its powertrain from the Skoda Karoq which is powered by a BS6 emission compliant 1.5-litre four-cylinder TSI petrol engine that produces 150 PS of power and 250 Nm of torque and is expected to come matched to a manual as well as automatic gearbox options.

The brand is expected to reveal more details on the production-spec model in the near future.