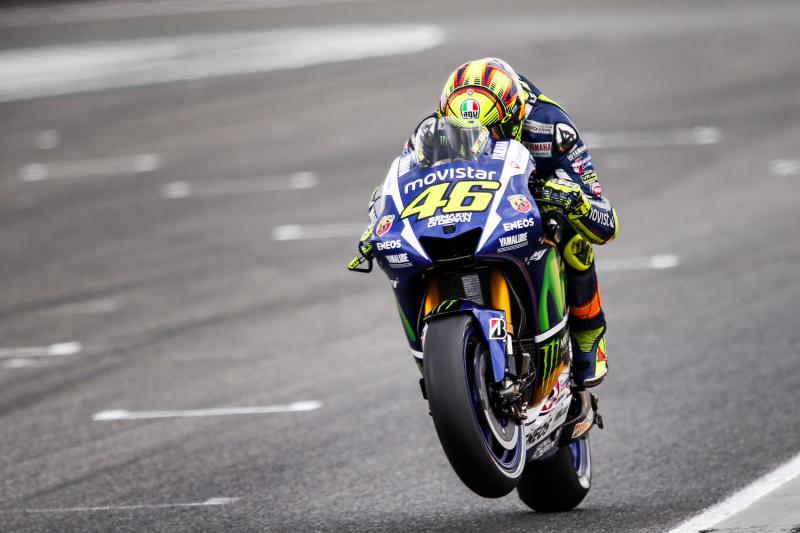 Leaving aside the comeback of KTM in 2017, if rumours are to be believed, there is going to be a historic change in the world of MotoGP. According to some reports online, two star riders of MotoGP, Valentino Rossi & Dani Pedrosa might hop on to Suzuki for a change.

If believed both riders have already talked about the change with their current respective teams i.e. Yamaha and Honda Repsol. Also rumored is that both riders have secretly joined hands and would be teammates in 2017 for Suzuki. If the news are going to be true, this could be a game changer for the struggling Suzuki which has been trying to make a good spot in the Grand Prix with a star rider for a long time.

Very understandable is that, after the 2015 MotoGP season, Rossi has lost his level of comfort with the current teammate Jorge Lorenzo who won the title this year.

So this might be Rossi’s attempt of winning his 10th title by separating from his ‘current’ team mate.

Also, Dani Pedrosa’s luck hasn’t been much with him and leaving aside of the enormous talent and efforts put by him the world title is still being missed. So, this change might bring some good for Pedrosa. Valentino Rossi doesn’t seem to be stopping beside of his age factor, maybe he is on his high, but will changing teams and team mates bring better results?