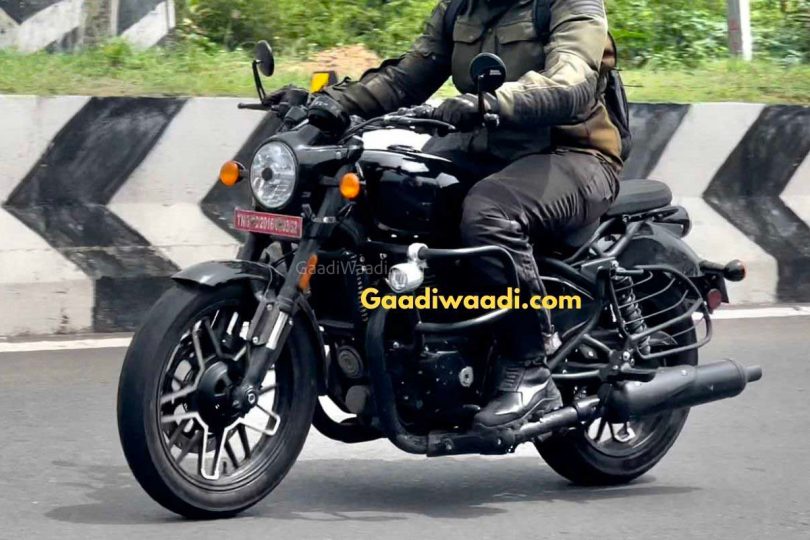 Royal Enfield Shotgun 650 Spotted With Accessories – What Do We See?

Firstly, we get to see a pair of new striking dual-tone alloy wheels. These are different from any of the options available on current Royal Enfields. We also get to see a blacked-out flyscreen and LED turn signal indicators. The Shotgun 650 test mule also sports a large crash guard that wraps around the upper half of the engine.

We can also see the instrument cluster on this test mule because of the lack of flyscreen. It is a single-pod unit, but we also see another small pod next to it. Since Royal Enfield was testing out accessories on these test mules, it is likely the Tripper Navigation system.

Royal Enfield Shotgun 650 – What Do We Know?

As the name suggests, the Royal Enfield Shotgun 650 will use the same engine as the Interceptor 650 and the Continental GT 650. Thus, it will use a 648cc parallel-twin engine with 47 BHP of peak power and 52 Nm of peak torque, matched to a 6-speed gearbox.

There’s no word on pricing or official technical specifications. Sources suggest Royal Enfield could launch the Shotgun 650 in India next year. Expect to see more spy shots and leaks as the launch nears. 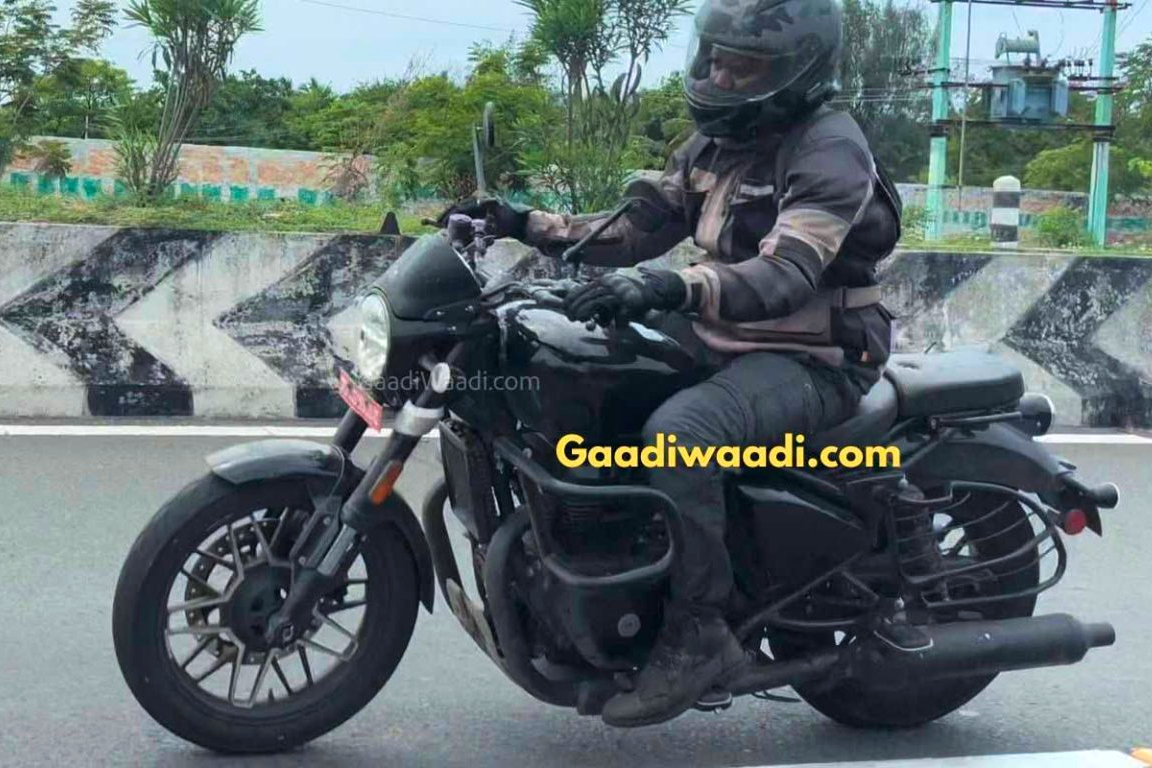