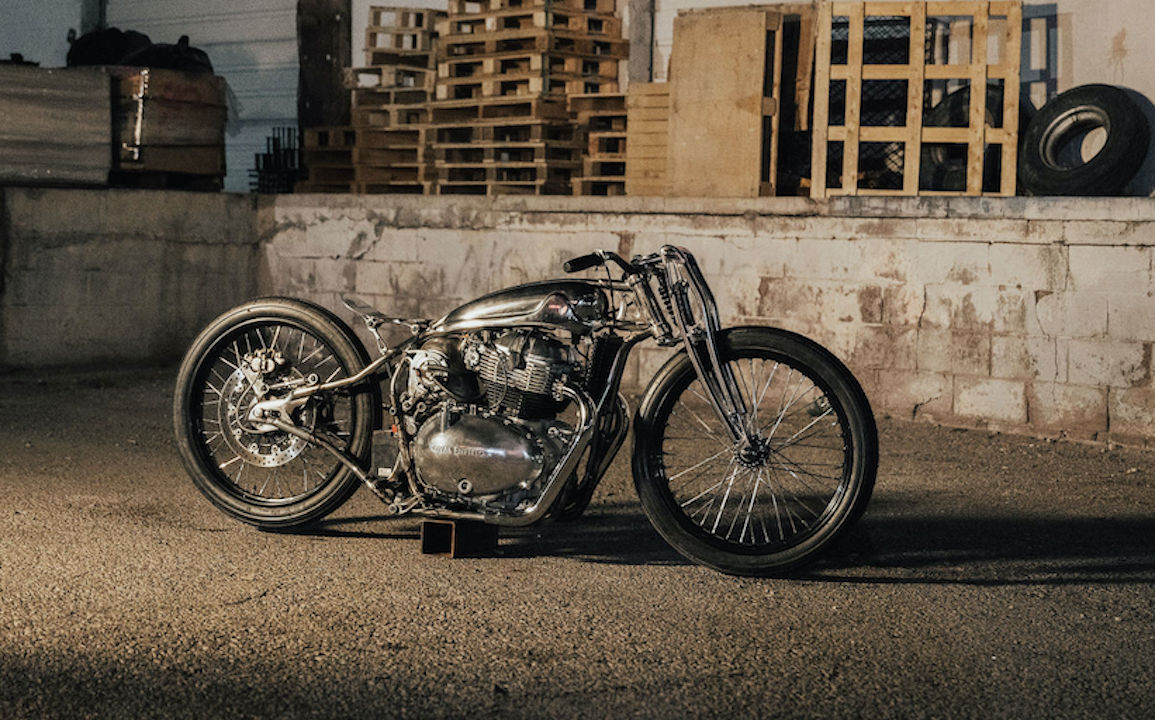 Royal Enfield has unveiled an all-new custom motorcycle made by Cristian Sosa of Sosa Metalworks, dubbed ‘Kamala’. In 2016 Royal Enfield launched the Custom Program to inspire creativity amongst motorcyclists and to promote the Royal Enfield ecosystem and through Kamala, the brand has done just that. Kamala was first showcased at The One Moto Show in Portland, Oregon USA in February 2020, and though the custom motorcycle was not complete, the Kamala won one of the top awards at the show.

The Kamala is based on the Royal Enfield Continental GT 650 and draws its design inspiration from the vintage board track racers. Though the Kamala is spurred by vintage track machines the bike is completely original creation and features a lean form, large thin wheels and a proportioned frame built around the Royal Enfield 650 Twin powertrain.

The Kamala has been unveiled in bare metal finish showing its craftsmanship with the light reflecting from the steel, aluminium, brass material used on the motorcycle. The custom motorcycle features a sleek teardrop tank formed around the Chromoly steel ridge frame, a detailed springer seat with a narrow spring, large spoke wire rims and the pièce de résistance, a curved girder fork uniting the front wheel to the frame. The Kamala features a hardtail design with a large hydraulically operated disc brake on the rear wheel, low set handlebars, low slung mid-set footpegs, chopped-off chrome-plated exhausts and polished engine covers.

The Kamala is powered by the Royal Enfield 650 Twin engine which is a 648 cc air/oil-cooled, 4-valve/cylinder parallel-twin, SOHC engine with twin throttle bodies with Bosch fuel injection and engine management system that produces 47 BHP of power and 52 Nm of torque paired to a 6-speed gearbox with a slipper assist clutch.

Sosa Metalworks was established in 2012 by Cristian Sosa and his brother Roberto and the former is well-known in the custom motorcycle industry as the master of metal and has been the lead fabricator at Count’s Kustoms, and his builds have been featured all around the world. 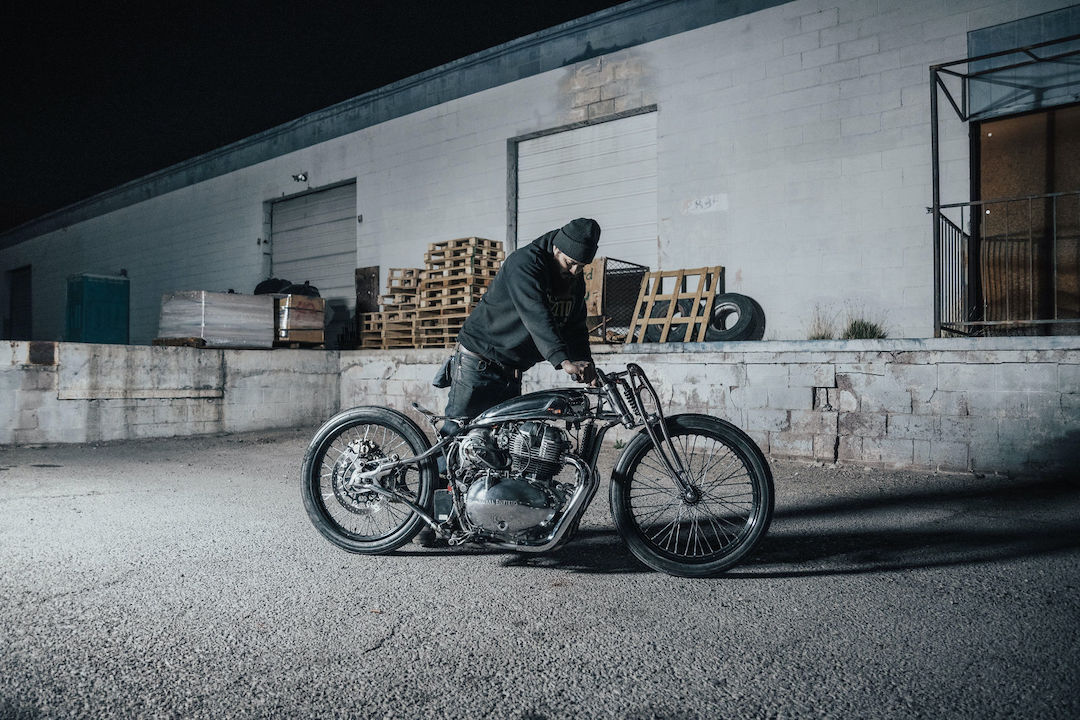 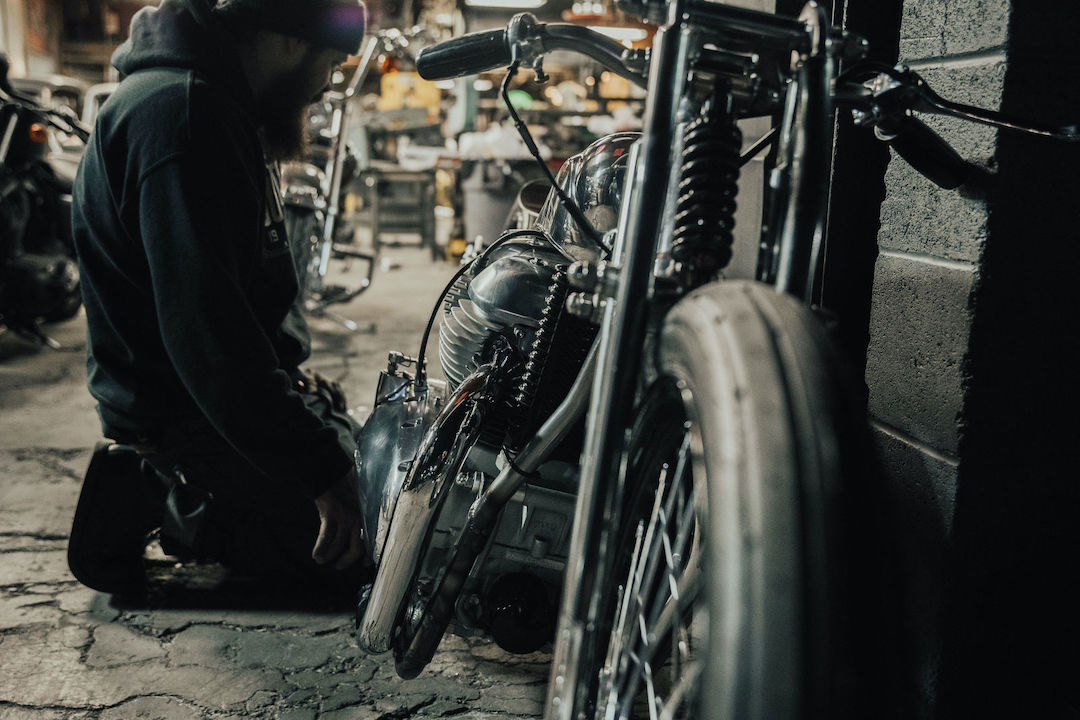 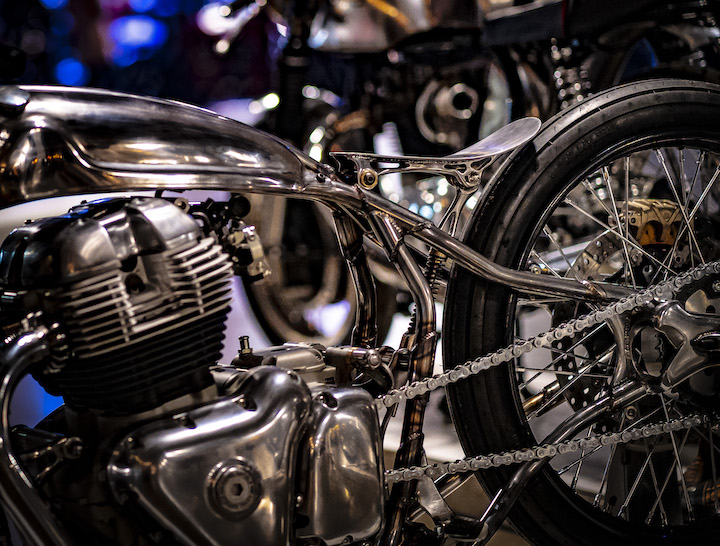 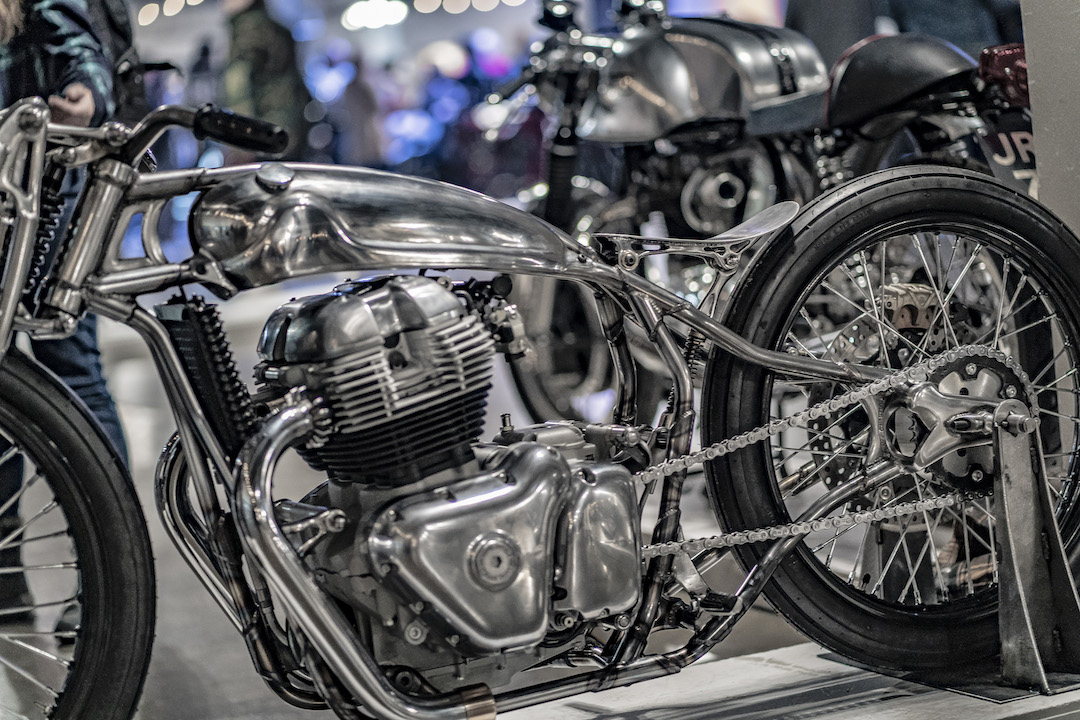 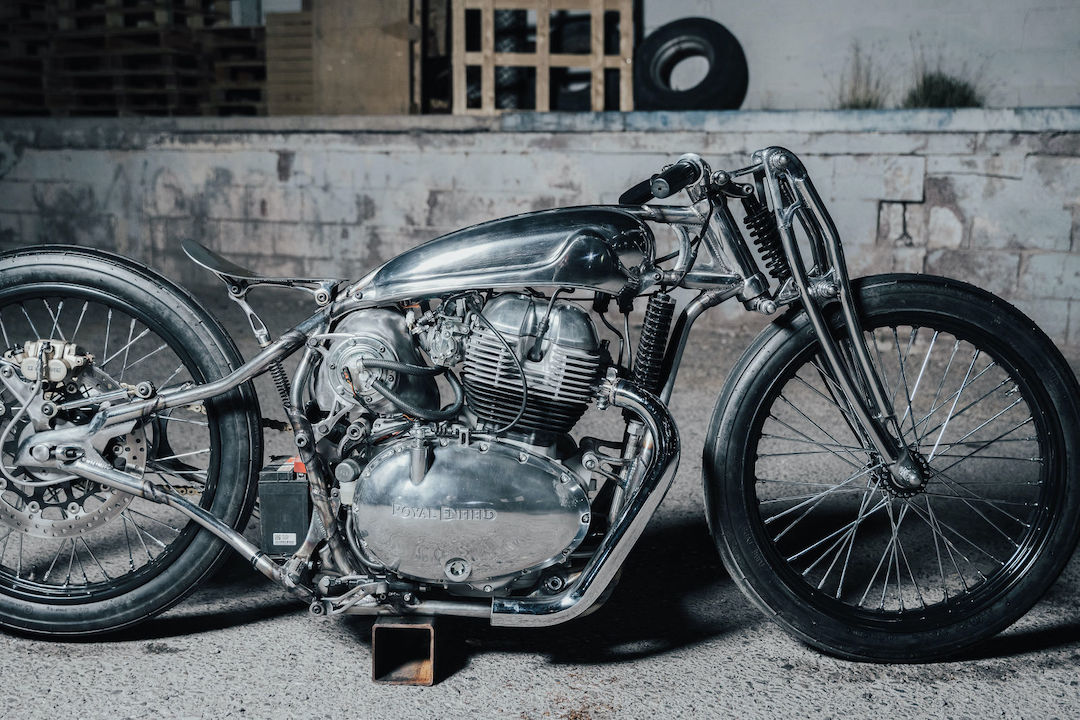 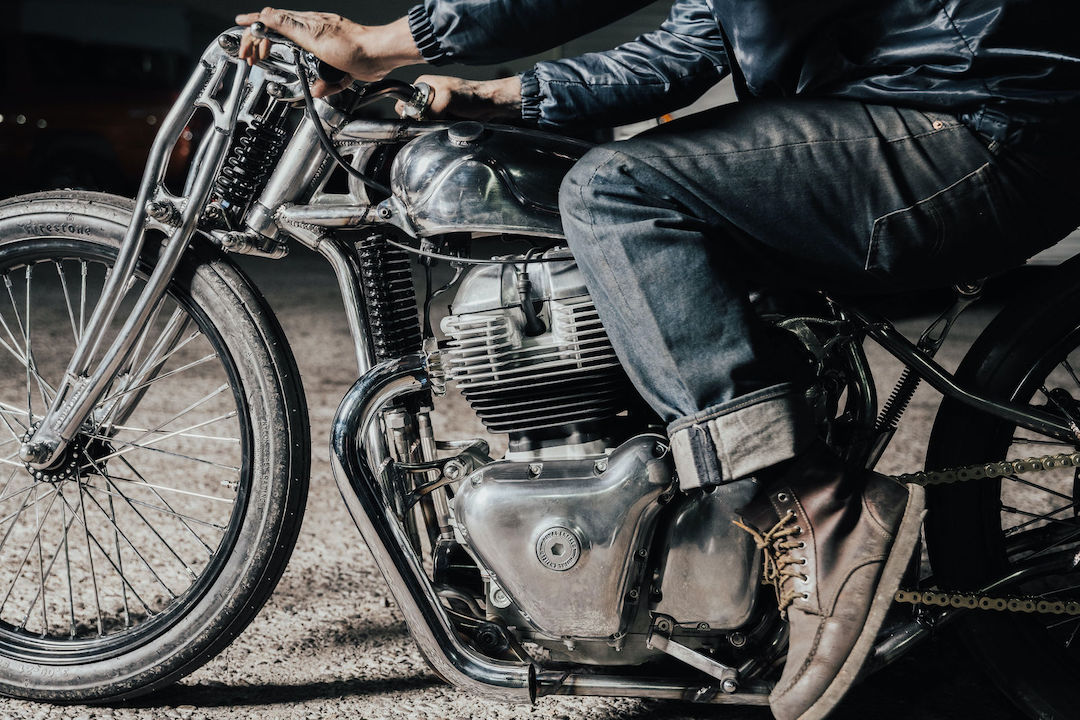