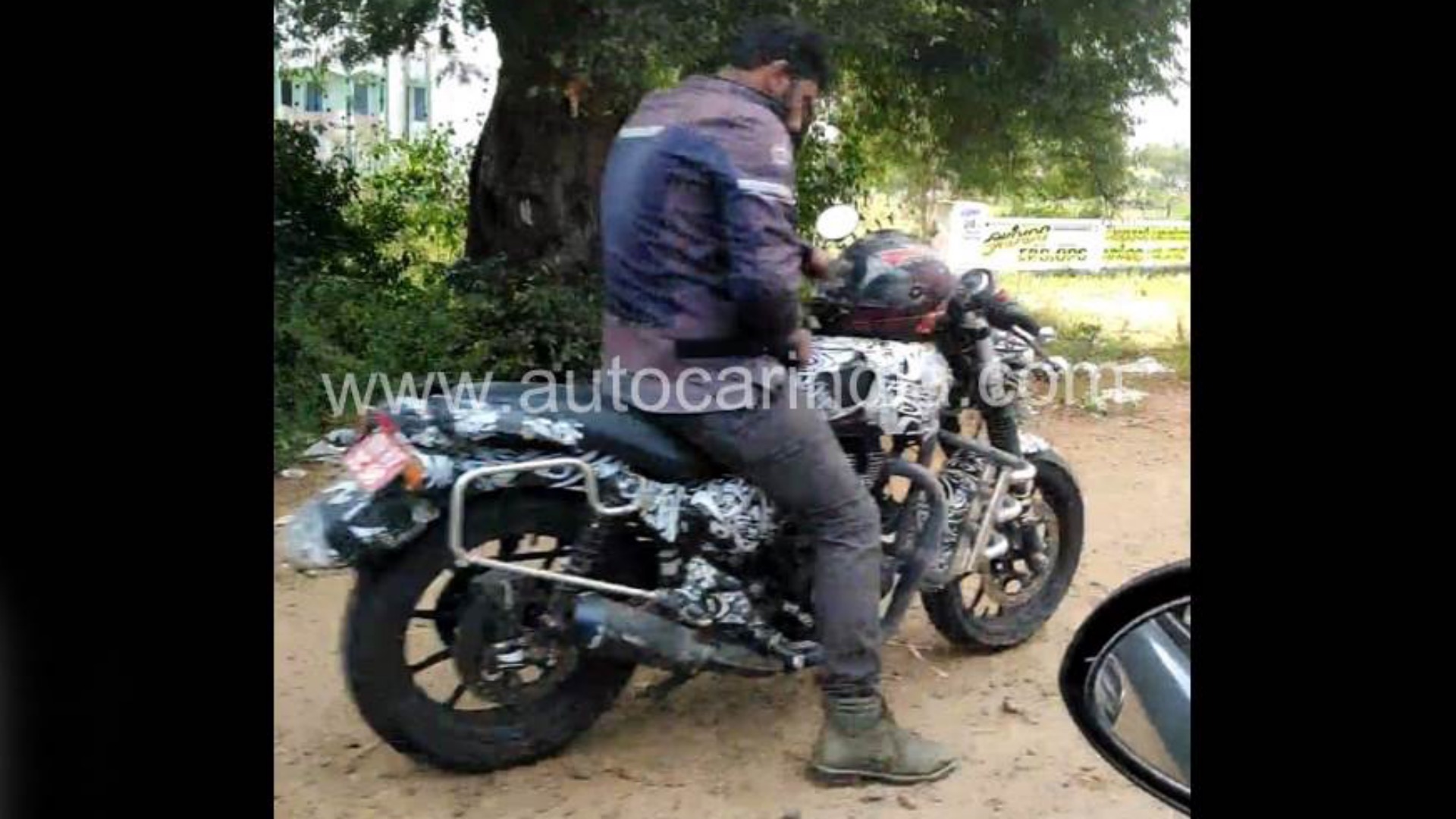 According to the spy shots, the motorcycle in question features a round headlight, a low positioned teardrop-shaped fuel tank, slightly elongated side panels, a scooped single-seat, a squarish up-swept exhaust, and a high mounted tail section. The taillights are oval-shaped similar to what we have seen on the Royal Enfield Thunderbird, the handlebars are set a bit low giving it a scrambler style and the footpegs also appear to be mid-set to come in-line with a slightly aggressive rider’s triangle.

Other aspects that are seen on the spied motorcycle, that were earlier spied on other Royal Enfield motorcycle include the new alloy wheel design, a new instrument cluster, new recently spied double-cradle frame, swing arm and matt black engine finish.

The spy shots which show the similarities of its design language and the stance of the motorcycle leads us to believe that the test mule could be the next-generation Thunderbird X as it matches its features with the Thunderbird X 350 that is currently for sale in our market.

The current model comes with a single down tube chassis which rides on 41mm telescopic forks on the front and 5-step adjustable twin gas-charged shock absorbers on the rear. The spied motorcycle can be seen with a similar suspension setup but the frame is likely to be updated to a new one.

The next-generation Thunderbird X is likely to be positioned directly against the Jawa 42 in terms of its design philosophy that is seen on the spied motorcycle.