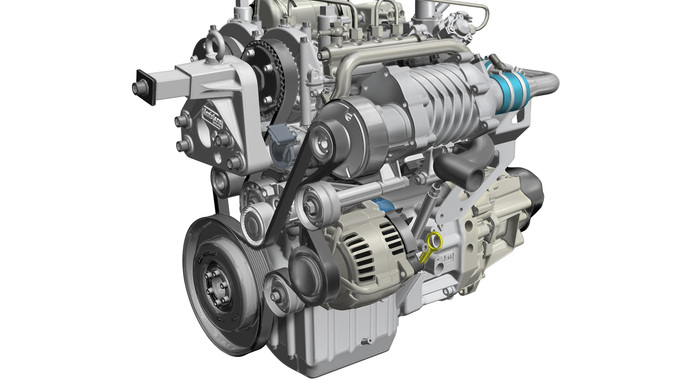 Renault has taken the wraps off a prototype of a two-cylinder, 2-stroke diesel engine which is aimed at the emerging markets.

This new engine is a downsized version of the popular 1.5L dCi unit and is 50% smaller is size. The engine weighs less than 100 kg and is 40 kg lighter than the 1.5L dCi engine. The new engine is expected to utilise half the space in the engine bay and still manage respectable NVH levels.

Renault claims that the new engine will be ~ 15% more efficient compared to the 4-cylinder unit.

The engine can be made available in both turbocharged and supercharged variants producing 48 BHP and 68 BHP respectively.

The production cost of this 2-cylinder engine is expected to be less than the bigger diesel motor, but still will be higher than that of a petrol engine.

In the near future, a possibility cannot be denied of these engines making it to the lower end Renault products in India, which start with the XBA hatchback next year.