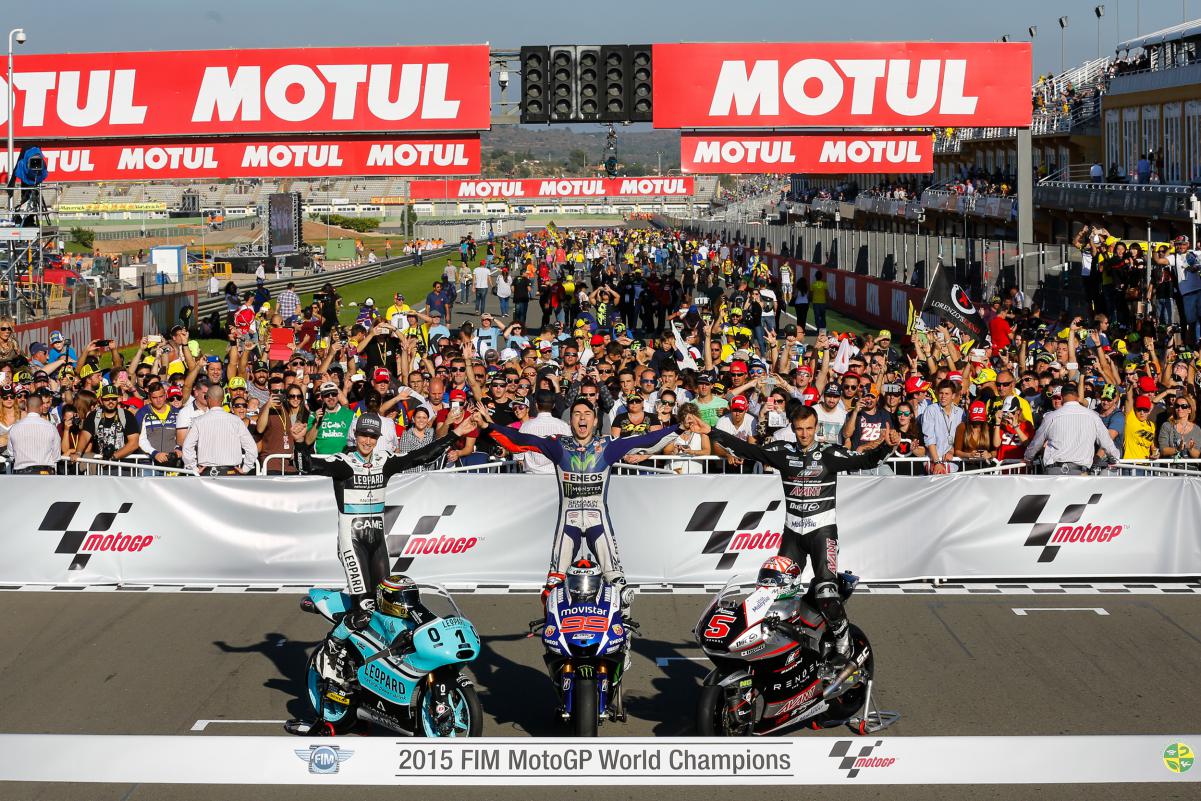 Race day, we all waited for it.

All eyes on Valentino Rossi, starting from the back of the grid. A warm up lap and race starts and history was written then. Yesterday’s race was nothing else than a true charisma of the talent of Valentino Rossi. Starting at the last position on grid, to, achieving the 4th position at Valenica.

The way he coped up and the way he made moves on the track and tried to protect his World Title for 2015 was unbelievable and something that all wished to see. Although, with the end of the race the other Yamaha partner Jorge Lorenzo won the race and hence winning the title too. Lorenzo had been in a good pace and shape since the Day 1 at Valencia circuit and he followed the same routine on the track too. Followed by Honda Racing Corporation rider Marc Marquez, they, both maintained a poise all along the race. Dani Pedrosa sticked to third position, saving tires, and tried attacking in the last 3 laps.

Talking about the race Rossi told media that “it was unbelievable”, also, Rossi added that Marc led down the spirit of MotoGP and clearly helped Lorenzo to win. According to Rossi, Marc, clearly wasn’t even trying to overtake Lorenzo and wasn’t even letting Dani pass.

In media briefing’s Marc told media, that, ”I tried to pass in last 4 laps.” Elaborating Marc explained that he was saving tyres as it was a hotter weekend and HRC rider’s had been facing the trye problem since day 1.
Lorenzo, on the other hand, told media that “After this we can say that we won 5 championships” adding to the statement he told media that it was the toughest race of his life and tension was too high but he pulled it to the limits.

2015 MotoGP may have ended with Yamaha rider Jorge Lorenzo as winner, but, who won respect and people’s championship is simply unquestionable and clear crystal.