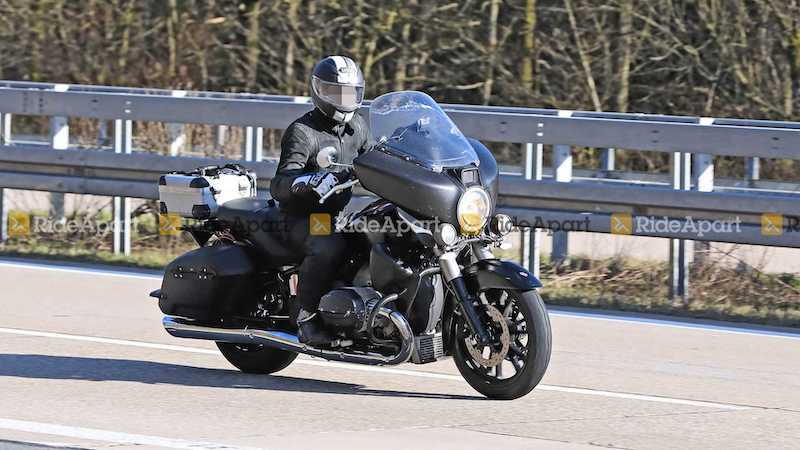 BMW Motorrad unveiled the Concept R 18 at the Concorso d’Eleganza Villa d’Este event on the shores of Lake Como last year. Concept R 18 is a neo-retro classic cruiser which takes its design inspiration from the 1936 BMW Motorrad R5. With the R 18, BMW made a silent statement that the brand will now be expanding into the classic cruiser segment which was reined by the American brands such as Harley Davidson and Indian Motorcycles.

Earlier this month, a few design patents were rumoured to be registered which had a motorcycle with large panniers, and an R 18 type boxer engine. It seems that the rumours have turned out to be true and a Concept R 18 based cruiser with a fairing and large panniers has been photographed in the flesh testing on the roads. The spy shots reveal that the R 18 bagger features a large front fairing with an aerodynamic nose cone and a large windscreen, retro-style rounded headlights, auxiliary lamps, ergonomic large mild step-up seats, four-pot instruments cluster on the dashboard, large panniers, a top box, tail cum marker lights on the panniers, ergonomic handlebars, low-slung exhaust and what looked like a sensor mounted above the headlight that could be used for an active safety system similar to those on high-end cars. Though the R 18 bagger features an upright comfortable stance the boxer engine poking out from the sides restrains the rider from stretching his legs with slightly cramped mid-set footpegs.

The centrepiece of the motorcycle is likely to be the 1800cc horizontally-opposed ‘Boxer’ engine from the R 18 and is likely to get silver finish with polished cylinder heads and chrome treatment on the production motorcycle. In mechanical terms, the spied motorcycle had dual-disc brake with hydraulic callipers on the front, a single disc brake on the rear, large alloy wheels, telescopic suspension and an open shaft drive with a cantilever swing-arm.

The BMW R 18 Bagger test mule that was spotted looked production-ready which leads us to believe that the bike will debut soon. BMW is also expected to bring the bagger to Indian shores and the bike will be pitted against the Harley-Davidson Road Glide, Indian Chieftain Dark Horse, the Honda Goldwing and the likes. 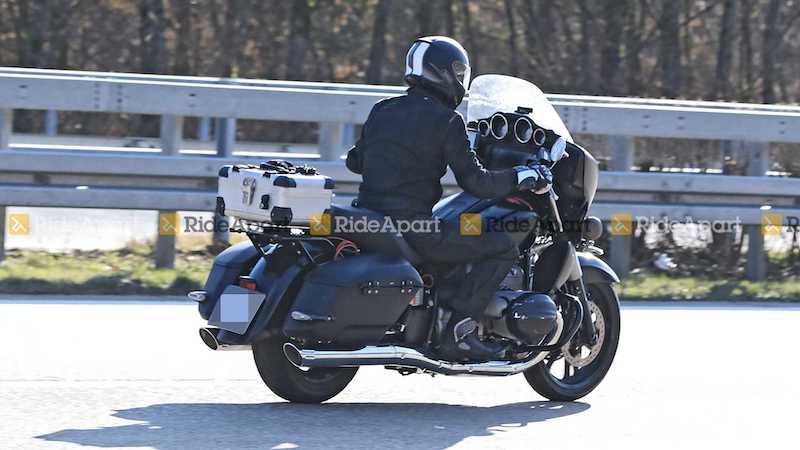