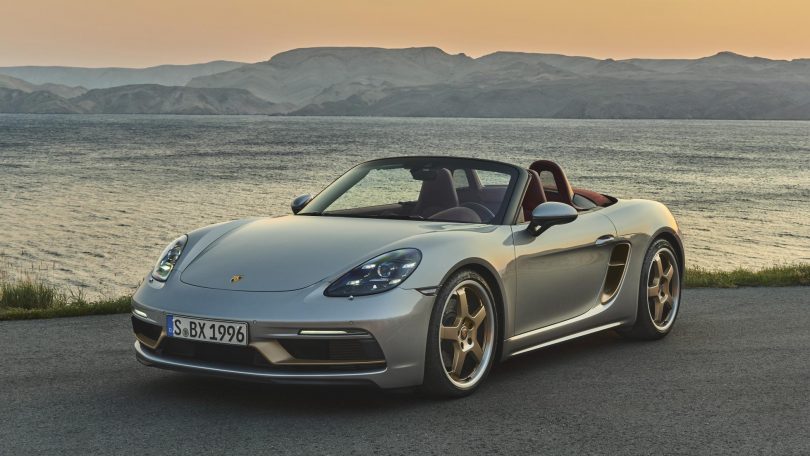 The original Boxster of 1996 was a show stopper with the stupendous 2.5-litre flat-six engine making 201 horsepower, and there’s no one denying to that. 25 years since, Porsche has decided to pay homage to their iconic car by launching a special anniversary edition called the Boxster 25. The car is based on the Boxster concept car which was showcased at the 1993 North American International Auto Show in Detroit. Ever wondered why it is called Boxster? The reason being, it is a combination of the word ‘boxer’ which is the engine’s layout and ‘roadster’ the car’s body type and thus Boxster.

The Boxster 25 has special elements like copper trims for the side vents, front air intakes, silver metallic finished wheels, subtle Boxster 25 badges on the door sills and gauges, aluminium-look fuel filler cap, black windshield frame and the high-gloss exhaust finishers that give the car a very sporty look from the rear end. The maximum of the interiors is finished in Bordeaux Red with an embossed Boxster 25 on the fabric soft top. The Boxster 25 strip on the passenger side with the specific vehicle production number does add a special touch to the limited edition car. A total of 1,250 units are planned to be produced which will make this a very rare car. Porsche has a total of 3 shades for the exteriors, silver, black and white.

All the Boxster 25s will be the GTS 4.0 models, meaning all of them will be powered by the flat-six 4.0 litre naturally aspirated petrol motor having 395 BHP of peak power which is mated to either a six-speed manual or a dual-clutch transmission. The car can sprint from 0 to 100 kmph in under 4 seconds and has a top speed of 288 kmph for the DCT gearbox and 292 kmph for the manual.

The price starts at GBP 72,760 which is almost double to what the Boxster of those days used to sell for, and around GBP 6,000 more than the regular current generation of the 718 GTS 4.0 and the cars are expected to hit the US market in the spring. 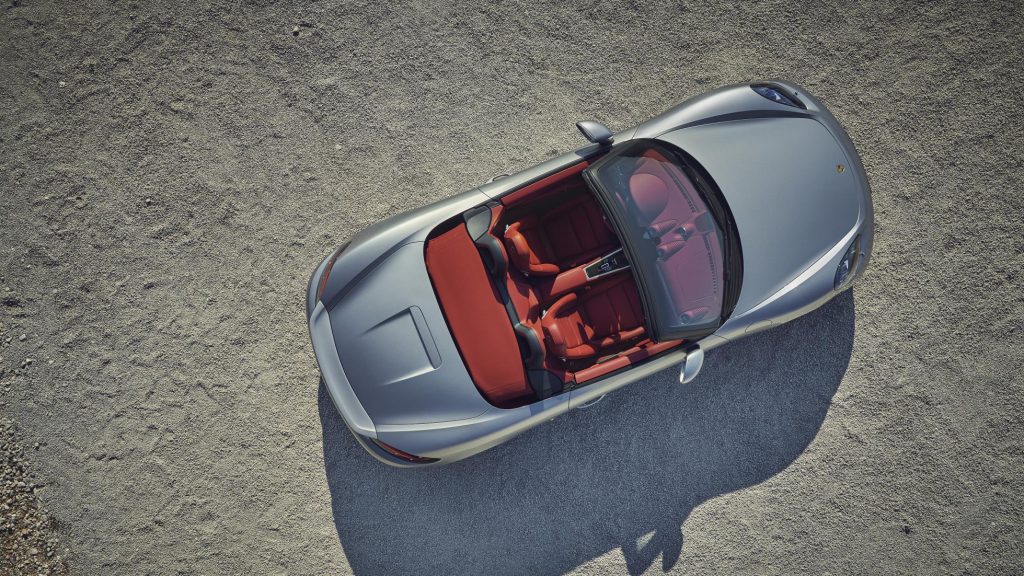 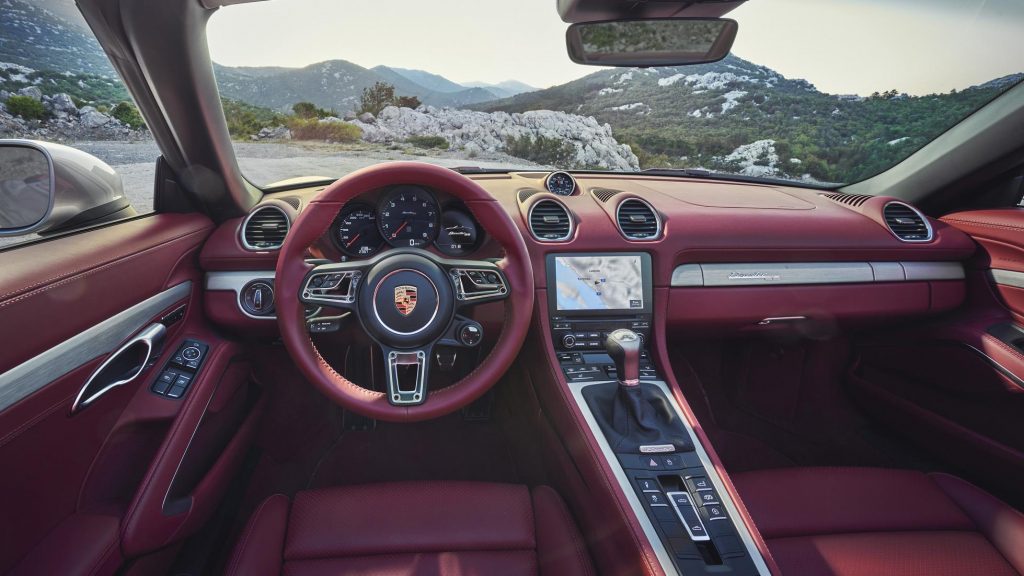 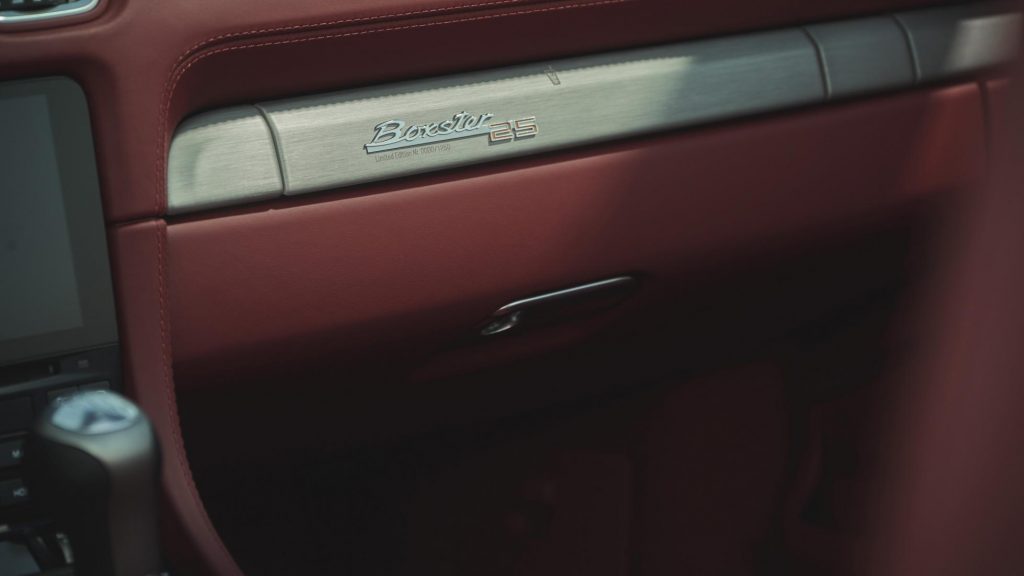 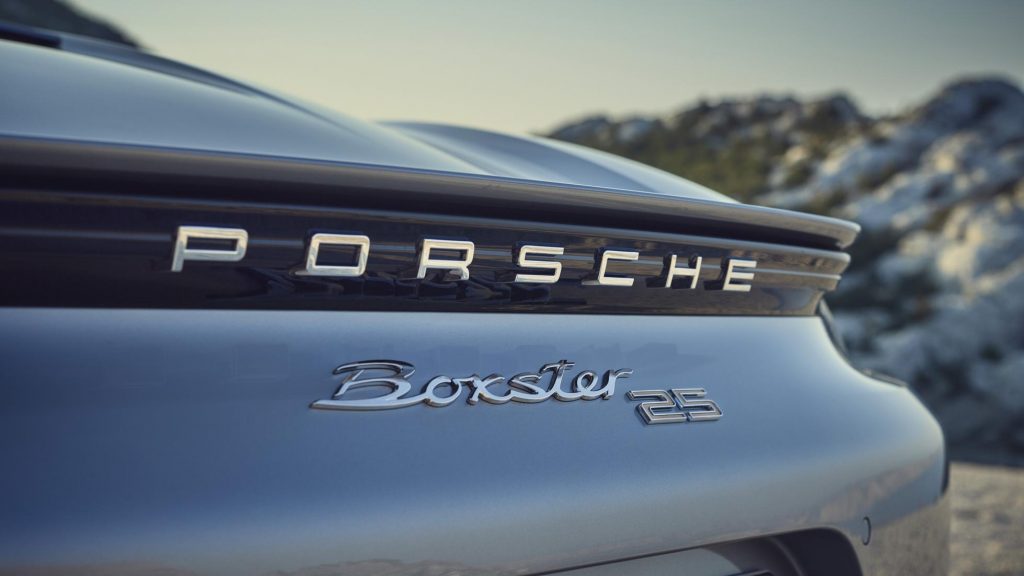 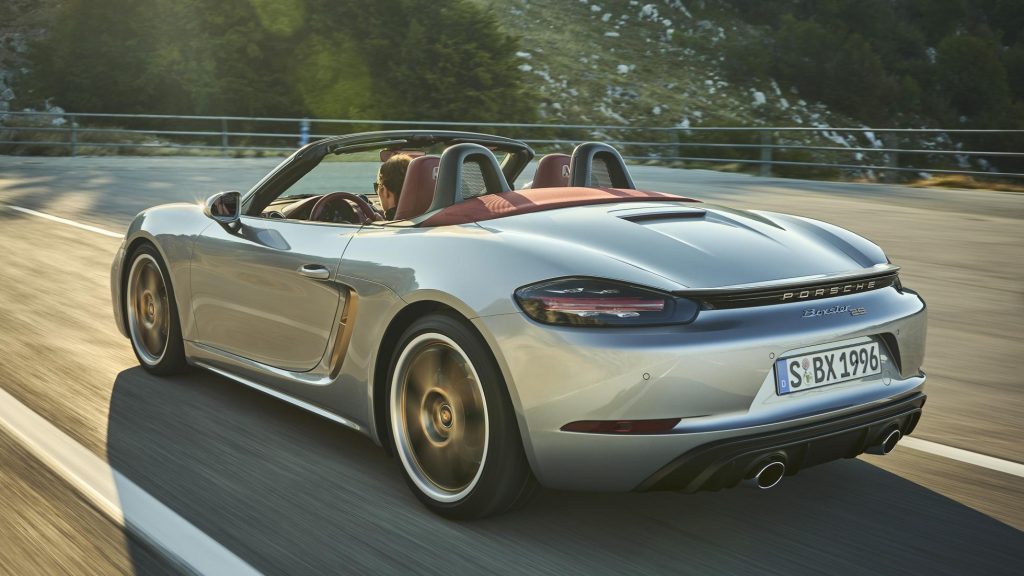