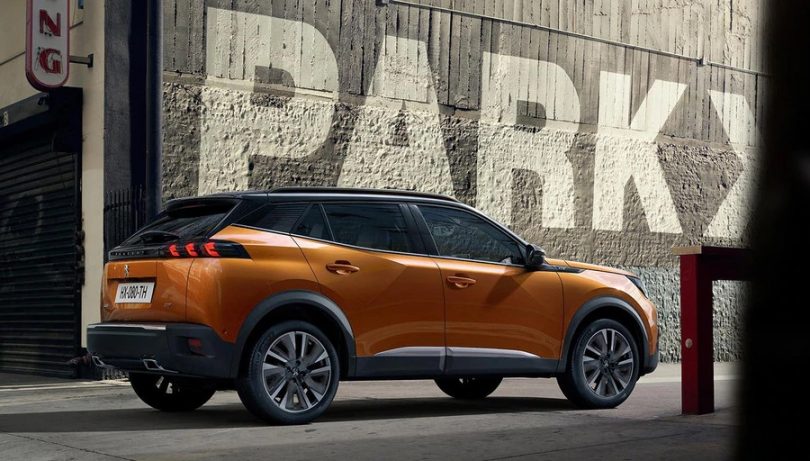 Peugeot is testing an SUV in the Indian market. This is not the first time the Peugeot 2008 is seen in India testing on public roads. But it certainly is a rare occasion. The Stellantis owned car maker is testing the Peugeot 2008 sans camouflage. The SUV is seen traversing the Hosur highway near Chennai.

Earlier this year, just before the second wave of COVID-19 hit the country, the Peugeot 2008 was seen testing near Chennai. It is important to note that Citroen, under the same Stellantis umbrella, has its production plant near Tiruvallur, Chennai. The CK Birla-Groupe PSA Joint Manufacturing facility produces the Citroen C5 Aircross for the Indian market. If Peugeot is planning to make its entry into India, the French manufacturer could use the same plant to assemble or locally manufacture its products.

The Peugeot 2008 comes with a contemporary SUV design language. The SUV features a wide grille with the Lion motif in the centre. Flanking the black finish grille are LED daytime running lights with vertical orientation. The SUV also gets LED headlamps and LED taillamps that wrap the haunch with slotted light signatures. The SUV also comes with a tapering window line and a progressive roofline that ends with a tail-gate mounted spoiler.

The Peugeot 2008 comes with three powertrain options – Petrol, Diesel and Electric. Powering the Peugeot 2008 in the international market is are two petrol engine options, including a 1.2-litre 100Bhp and a 130Bhp version. The brand also offers a 1.5-litre 110 Bhp diesel engine option, and the third is a 136 Bhp electric vehicle option with a 50 kWh battery pack. But speculation in the market is that the Peugeot 2008 is testing the 1.2-litre turbo-petrol engine that will power the Citroen CC21 (C3) SUV that will make its debut in India in the near future.