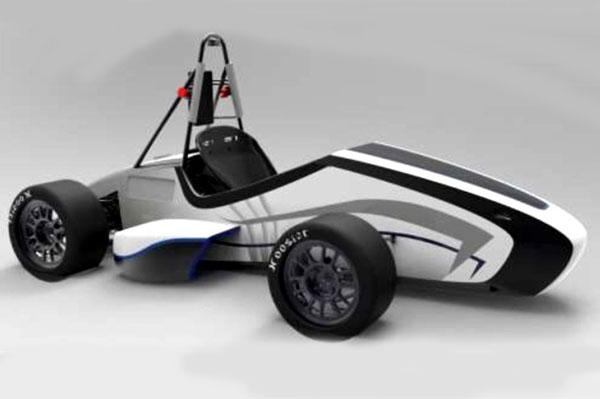 Not just the concept, but performance figures are good too. A 3.47 second 0-100 kmph sprint and a top speed of 145 kmph is impressive. Main attributes in building this machine include the carbon fiber bodywork done in-house by the team, a steel tube spaceframe chassis and a battery of 389 volts.

The team developed the car with keeping in mind a weight target of 242 kg which was achieved through carbon fiber suspension linkages apart from bodywork. This exotic material has helped them to keep the weight under check.

An estimated cost of Rs. 45 lakh was spent for manufacturing the car and it is believed that companies like Tata Motors, NRB Bearings and Ceat Tyres have invested in the project.