One of India’s leading electric vehicle manufacturers, Ola Electric, has announced that the brand has set up the Ola Futurefoundry. Ola has announced the brand will be investing over USD 100 million over the next five years into the state-of-the-art center. The brand will also be staffing the Ola Futurefoundry with over 200 designers and automotive engineers. The Bangalore-based manufacturer will also offer world-class education and research institutions in the UK to collaborate on technology research and development.

The team will consist of talents across the 2-wheeler and 4-wheeler vehicle design. The teams will also consist of advanced high-performance automotive engineering, digital & physical modelling etc. Futurefoundry will also house talent that will focus on vehicle R&D around new energy systems, including cell technologies.

The Ola Futurefoundry will help the brand fulfil its global sensibilities through world-class design. The R&D team will also address the various needs of our consumers around the world. The brand, through Futurefoundry, will offer new and exciting EVs across two-wheeler, four-wheeler electric vehicles.

Recently, Ola CEO Mr Bhavish Aggarwal revealed that the brand would be entering the electric four-wheeler segment as well. Through the micro-blogging website Twitter the top boss also revealed a rendered concept car. While the company has not revealed any other technical information regarding the EV, speculation is the brand could launch the electric car by 2023. In the recent past, Ola Electric also revealed that the company has received its next round of investment, taking the company’s valuation to USD 5 billion. 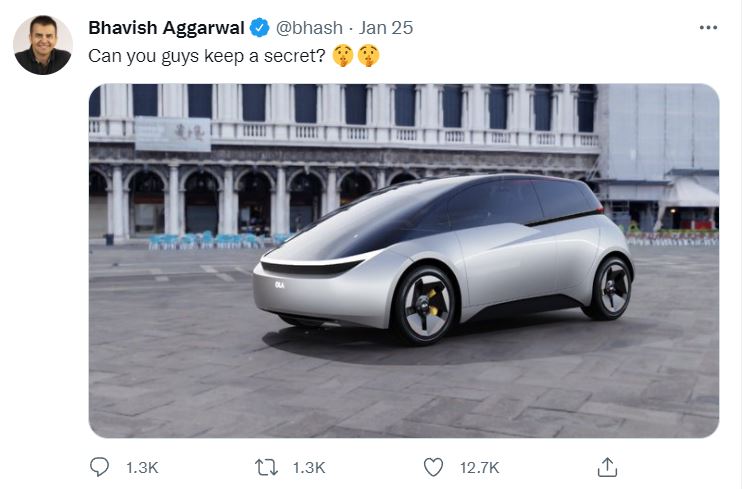