At the beginning of 2020, Norton Motorcycles UK went into administration and Chennai-headquartered TVS Motor Company acquired certain assets of the Norton Motorcycles (U.K) in an all-cash deal remuneration of GBP 16 million through one of its overseas subsidiaries. Before the company landed itself into hot waters, two middleweight motorcycles were announced but couldn’t see the light of day.

Norton has now opened the register interest tab on the official website and it is being reported that the booking for 2021 Atlas Nomad and Ranger are now open. The 650cc motorcycles were seen in rendered images back in 2018 but now sources confirm that the Atlas Nomad and Atlas Ranger will enter production in 2021. Both the Nomad and the Ranger moniker were also registered last month at the European Union Intellectual Property Office, apart from four other names.

Both the Norton Atlas Nomad and the Ranger are powered by a 650cc liquid-cooled parallel-twin engine that produces 84 Bhp of power and 64 Nm of torque matched to a 6-speed gearbox. Both the Atlas Ranger and Atlas Nomad also share the same chassis but are styled differently.

Recently, the brand also revealed the Norton V4SS superbike in an unpainted carbon fibre form. The V4SS Superbike is powered by a 1200cc 72-degree water-cooled V-4-Cylinder engine that produces 200 BHP of power and 130 Nm of torque. The V4SS also features a race-track developed chassis and front and rear suspension.

Norton also confirmed that the V4SS will enter production next year and only 200 examples of the hand-built motorcycle will be sold worldwide. Apart from the Nomad and Ranger, TVS also filed patents for Electra, Fastback and Navigator which are expected to be revealed soon. 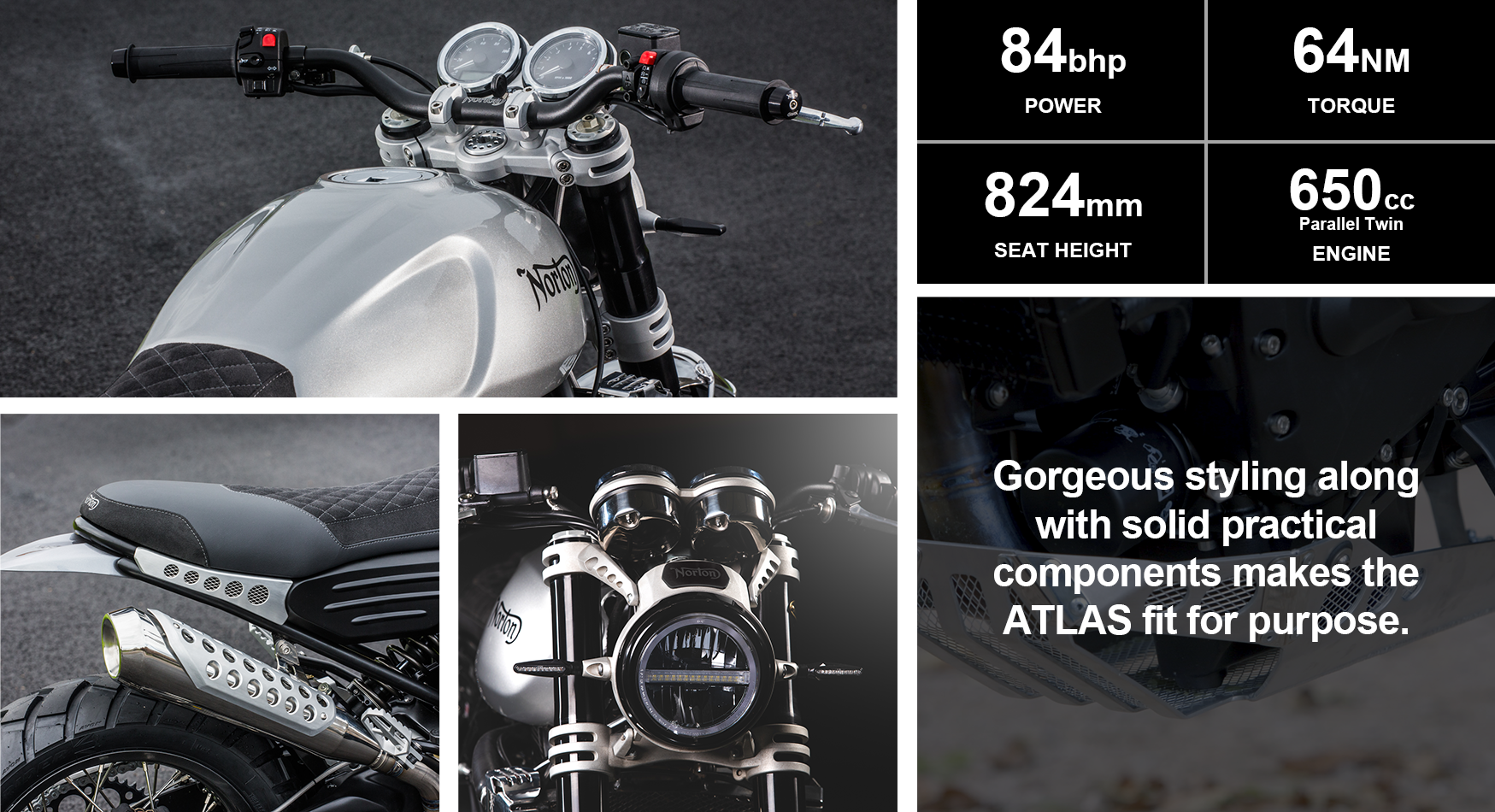