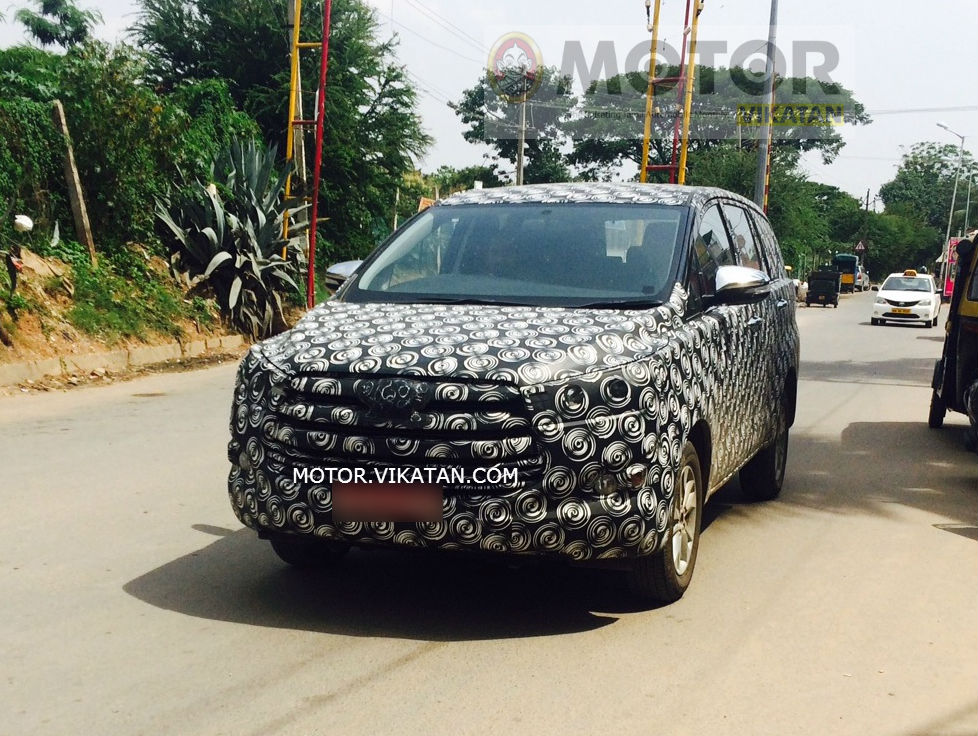 The next-generation Toyota Innova slated for a market debut in 2016 has been spotted testing yet again. This time, some more details trickle down as India’s best selling MPV inches closer to the launch.

Changes on the new Innova:

The new diesel engine which will debut in the next-generation Innova is also expected to be mated to an automatic transmission. This will be the first time the Innova will get an AT-box. Fuel efficiency and NVH levels are also expected to be better than the outgoing model.

Expect Toyota to launch the Innova at the 2016 Indian Auto Expo.

The only negative which we can see coming out of the situation, is that Toyota will surely increase the prices. The Innova has already been a cash cow for Toyota and the brand has milked it enough with prices increasing as much as twice at what it was first introduced in India. It wouldn’t be a surprise if the top end model touches the Rs. 20 lakh mark. 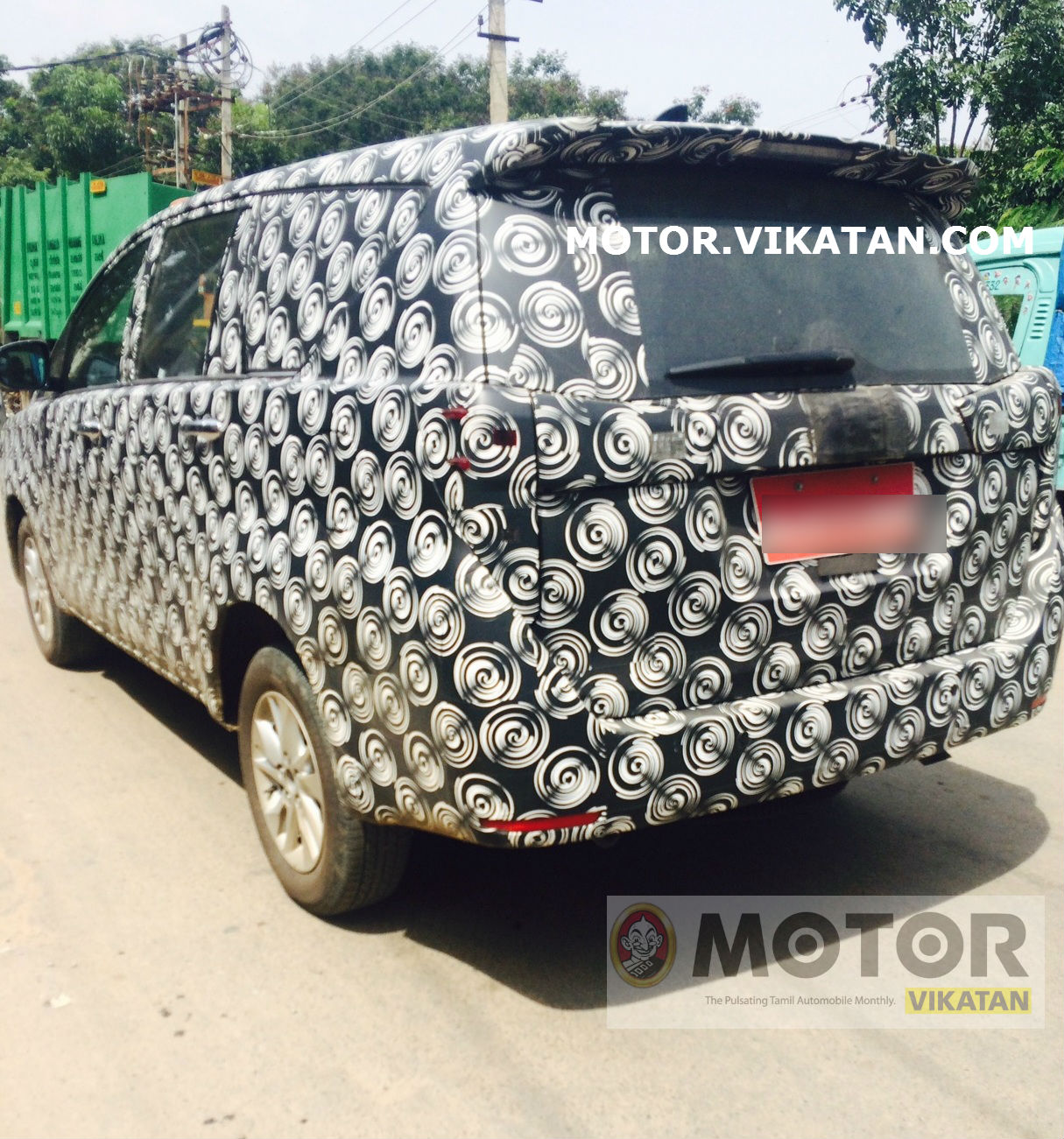