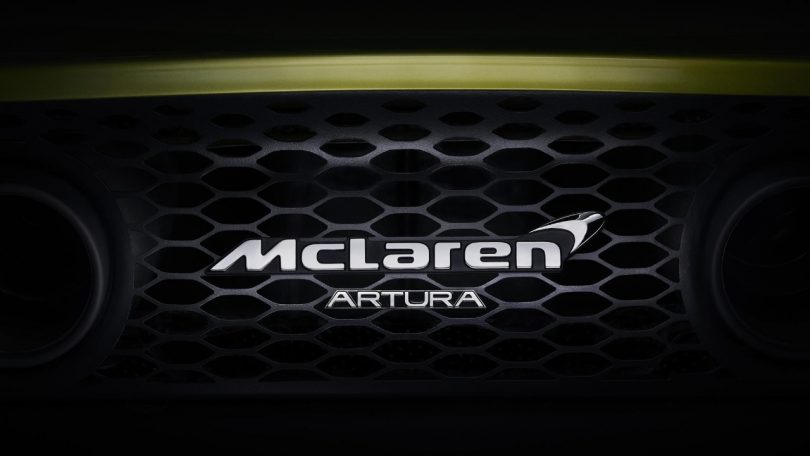 The next hybrid supercar from the British car manufacturer, McLaren will be called as ‘Artura’. It is expected to hit the streets in the first half of 2021. Wondering what Artura actually means? A quick google search tells that this name has its origin from the legendary hero ‘King Arthur.’

Artura will be powered by a new engine. Though there is no official statement about the specifications of the engine what we understand based on previous reports is that it will be a V6 petrol engine coupled with an electric motor making about 600 HP of power. The performance of this V6 engine is said to be in tune with the previous V8 engine due to the addition of the electric motor. The electric motor is expected to last about 32kms (20 miles) which is adequate for emission-free daily errands.  McLaren’s tradition of building a lightweight race and road car will be evident in Artura as well.

A lot of prototypes have already been spotted testing on roads. The McLaren Artura will have a fresh design, though some elements will be carried over from the GT and 720S. The hybrid system is a heavier unit compared to non-electrified ICE (internal combustion engine) powertrains, which do not require a separate battery, and thus McLaren has relied on weight-saving technology by using MCLA i.e. McLaren Carbon Lightweight Architecture monocoque structure. To support hybrid powertrains, the MCLA will be built in Sheffield where McLaren’s carbon-fibre hub is located and from there it will be shipped to McLaren’s assembly plant in Woking.

McLaren’s Automotive boss Mike Flewitt has mentioned that each element of Artura will be completely new and the brand will use an all-new platform architecture, powertrain, exterior and interior including the driver interface. The McLaren Artura is expected to make its debut in 2021.

Recently, the Prime Minister of the United Kingdom, announced that the British government plans to stop the sale of new cars and vans powered wholly by petrol and diesel by 2030. It is a part of what he refers to as ‘Green Industrial Revolution’ to keep the climate change under check and create more jobs in the nuclear energy sector. Keeping this in mind, McLaren has also planned to completely electrify its lineup by 2025.