Chennai headquartered two-wheeler and three-wheeler manufacturing brand TVS Motor Company announced that it had acquired certain assets of the British heritage brand Norton in an all-cash deal remuneration of GBP 16 million, after the British brand went under administration in January 2020.

The brand is believed to have kept the Norton operation separate from TVS creating its own management team. Now, the British brand’s head honcho in an interview revealed that the Norton has been working to develop a new supersport motorcycle dubbed V4SS. The Norton V4SS is expected to be ready by the end of this year and will be launched in the home market as well as the international market.

The Norton V4SS has been revealed with a full carbon fibre bodywork in the unpainted avatar revealing its beautiful weave. The Norton V4SS also comes with a single-sided swingarm and 8-spoke carbon fibre wheel on the rear and a multi-spoke wheel on the front. The superbike also features a satin chrome frame as well as engine casings to break the black-on-black monotony. The brand also boasts that the chassis has been developed at the Isle of Man TT, which is one of the World’s most challenging annual Tourist Trophy races.

The Norton V4SS is powered by a Euro5 compliant 1200cc 72-degree V4 water-cooled engine that produces 200 BHP of power and 130 Nm of torque. The racetrack developed chassis also comes paired to a race developed front and rear shocks for precise handling. The brand has also announced that only 200 examples of the hand-built state of the art motorcycle will make it to the international market. The brand has not yet announced if any of those will be offered in the Indian market as completely built units.

Recently, Norton also filed patents for six names at the European Union Intellectual Property Office, leading us to believe that the brand could be developing six new models under the new joint venture. Even is the V4SS does not arrive on Indian soil chances are that one of the mid-size 650cc capacity motorcycles may enter the Indian market to compete with brands such as Kawasaki, Honda and Triumph. 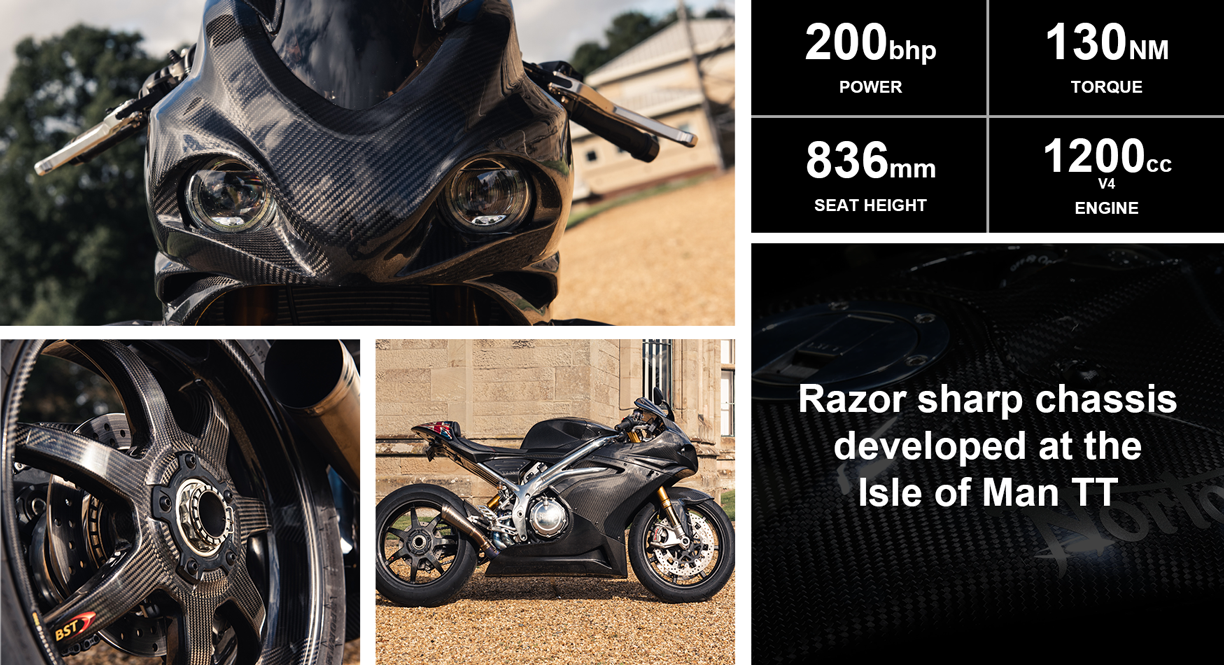