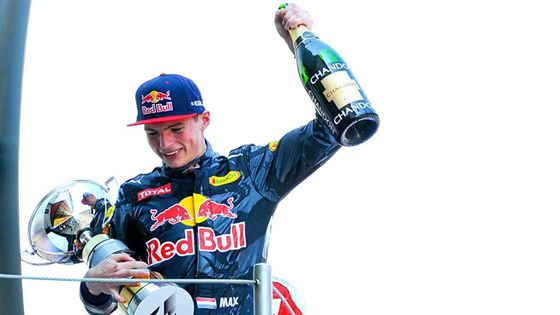 “It was a great race and it felt like an endurance race. To win straight away, in my first race, it’s an amazing feeling. From a very young age, my dad has helped me a lot – it’s just amazing.” said Verstappen.

Raikkonen, a 36-year-old veteran of 235 Grands Prix, added: “I raced against his father. In Formula One! And that is scary…I am happy for Max, but disappointed for myself.”

Vettel too congratulated the young lad, “Many congratulations to Max, it is a great achievement to win your first race and this is his day.”

Good to see the new kid on the block showing the older guys how its done.

Max was promoted to a top drive in Red Bull Racing this race weekend onwards after the team decided to demote Kvyat back to Torro Rosso after his incident with Vettel in the previous Grand Prix where he took out the latter.