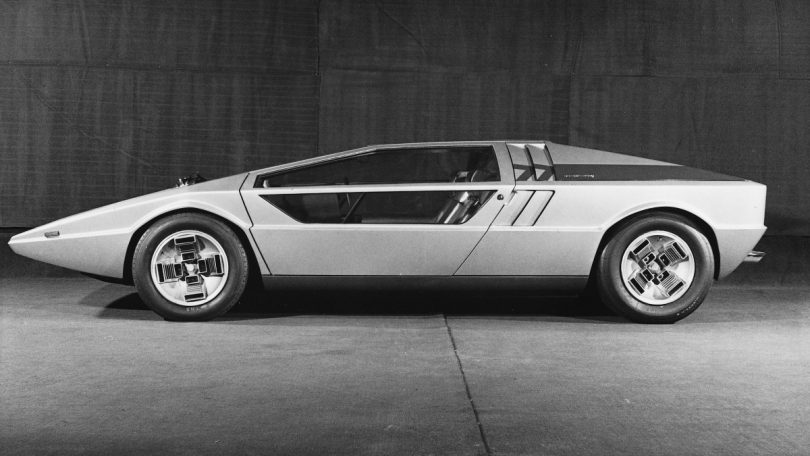 Italian luxury carmaker Maserati has launched numerous iconic vehicles over the years that symbolise beauty, passion, sportiness, and performance. One of these vehicles remained a dream car for most that showcased an extreme, futuristic, and almost irrationally beautiful design. The vehicle in question is the Maserati Boomerang that made its debut on 9th March 1972 at the Geneva Motor Show. Renowned automotive designer Giorgetto Giugiaro created the sketches of the Boomerang, whereas design production house Italdesign produced the concept.

Before its official unveiling in 1972’s Geneva Motor Show, the Boomerang’s mockup first appeared at the 1971 Turin Motor Show. The only model of the Boomerang that ever existed would eventually make its presence known in Switzerland as a registered vehicle. Italdesign used the Maserati Bora as a base to create the Boomerang, including its chassis and the complete mechanicals. The Boomerang sported an eight-cylinder rear-engine layout with a 90-degree angle and 4,719cc of displacement.

This engine produced an impressive 310 PS of power at the rear wheels via a 5-speed manual gearbox. Despite the impressive 300 km/h top speed figure, Maserati never put the two-seater sports coup into actual production. Instead, it left behind a stylistic legacy that continued with Giugiaro’s later creations along with his other iconic projects. The Maserati Boomerang continues to serve as a design inspiration for various other automakers in Europe and the United States.

The originality of the Boomerang came from an aesthetic point of view, demonstrating its wedge shape and bold, clear lines. The model conveyed an image of penetration, power, and speed whilst sporting a design that featured a horizontal line. This allowed for a perfect division of the car into two halves with a sloping windscreen and a panoramic sunroof. The original windows on the two doors featured a strip of metal, and the retractable square headlamps took centre stage.

The Maserati Boomerang also showcased horizontal lights at the rear along with an extremely modern interior with certain key elements. These included the dashboard instruments being built into the spokeless steering wheel and the positioning of the seats being very low. The Maserati Boomerang, considered by many to be a genuine work of art, represented a revolution that inspired multiple designs. It continued the tradition of Maserati as a brand capable of creating unique automotive concepts, iconic, and future-proof avant-garde cars. 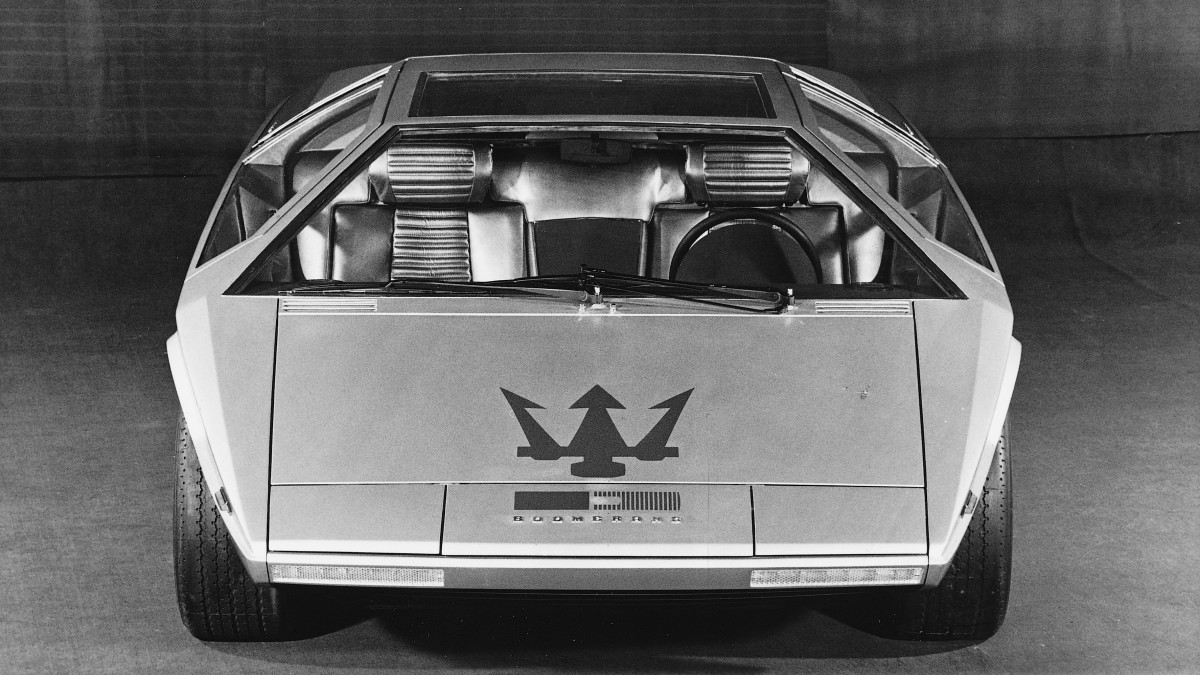 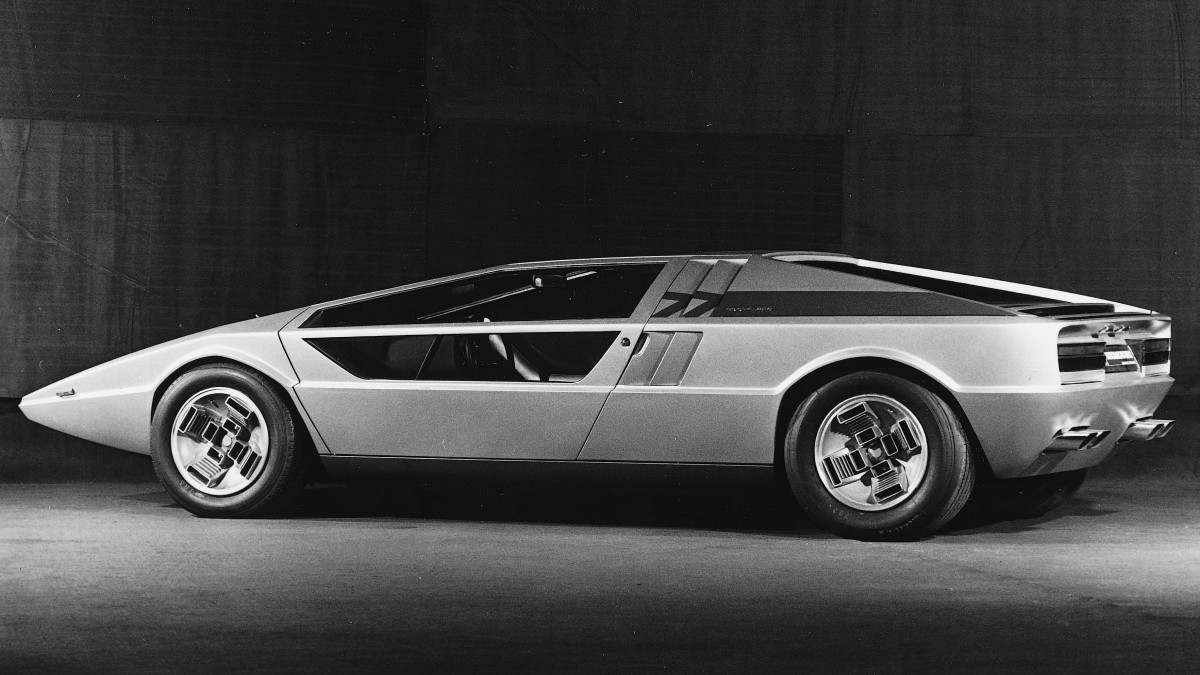