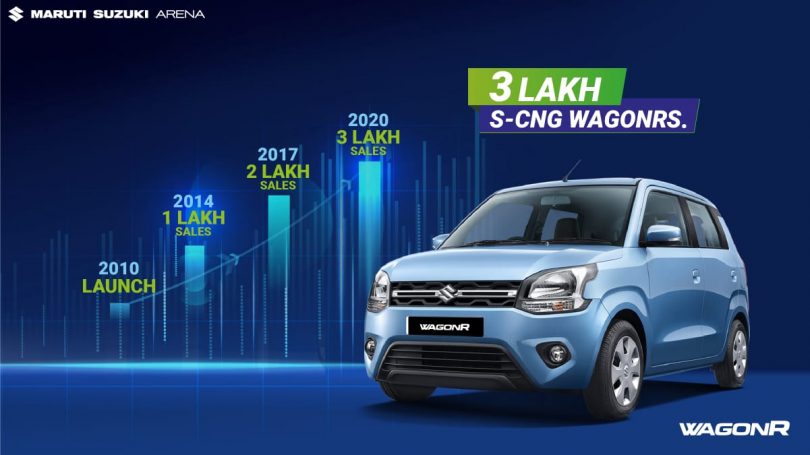 Maruti Suzuki has announced that one of the brand’s best-selling tall-boy hatchbacks, the WagonR has emerged as the highest-selling CNG vehicle in the country. The Maruti Suzuki WagonR has crossed the 3 lakh sales mark in its CNG variant, making it the most successful CNG vehicle in the segment. The brand also announced that since the WagonR’s launch nearly 20 years ago, the marque has sold over 24 lakh units across three generations and has been a repeat buy for over 24% of its customers.

The current-generation Maruti Suzuki WagonR is built on the 5th generation HEARTECT platform that not only offers more interior space but also increases the safety quotient of the occupants through effective absorption of impact and dispersion of crash energy all while improving the overall stability of the car. The Maruti Suzuki WagonR is also offered with safety features such as driver airbag, ABS (antilock braking system) with EBD (electronic brake force distribution), driver and front passenger seat belts reminder, speed alert system and rear parking sensors are standard across variants.

The CNG variant of the WagonR with a BS6 emission compliant engine starting at the price of INR 5.25 lakh ex-showroom, Delhi.