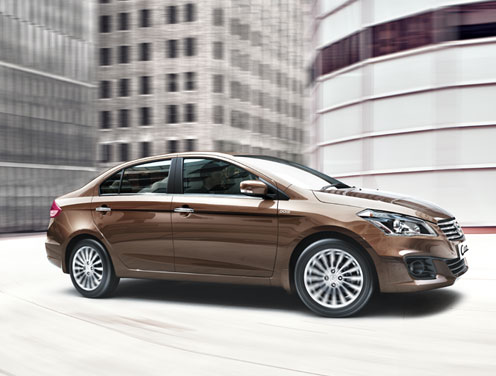 Maruti has striked the right chord when it comes to the C2 sedan segment in India with the recently launched Ciaz. Although a bit low on power figures, the car has all the bells and whistles to make it a competitive product in the segment and this has paid off well. The Ciaz has managed to outsell the segment leader Honda City in the month of October 2014.

Maruti has managed to sell 6,345 units of the Ciaz while Honda has sold only 5,120 units in October. The Hyundai Verna is limping behind in desperate need of a facelift.

The Ciaz is powered by the smallest in the segment, 1.3L diesel motor with moderate power and torque figures. It also gets a petrol powerplant which is a 1.4L unit. Both variants are mated to a 5-speed manual while the petrol also gets a 4-speed automatic transmission.

The Ciaz has already received over 17,000 bookings and sales figures for the coming month are looking positive as well.