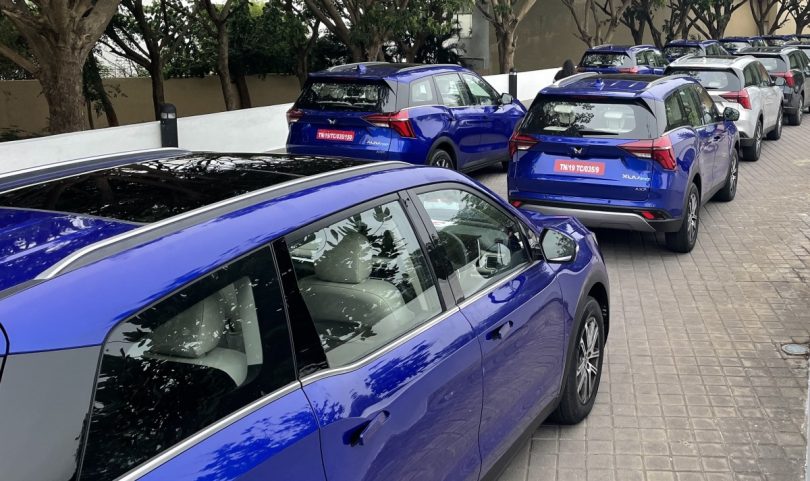 Many carmakers in India and internationally are impacted by the semiconductor supply chain issues. One of these carmakers from India is Mahindra & Mahindra. The carmaker’s flagship SUV, XUV700, has one of the highest waiting periods in India right now. Mahindra also recently launched the successor of the Scorpio, the Scorpio-N. The new SUV is a major overhaul compared to the previous version and will most likely garner a lot of bookings as well. Bookings for the Scorpio-N will begin on 30th July 2022.

As of 1st July 2022, Mahinda has a cumulative of over 143,000 bookings. These include bookings for five of its SUVs – the XUV300, XUV700, Bolero and the Thar. Also helping propel the sales of the two XUVs and Thar is their strong performance in the Global NCAP crash safety ratings. The XUV300 and XUV700 both got a 5-star rating from GNCAP. Furthermore, they also won GNCAP’s ‘Safer Car’ award. Meanwhile, the Thar secured a 4-start crash safety rating.

Given that Mahindra has over 140,000 bookings in hand, the brand will definitely try to ramp up production at its manufacturing plants. This will not only help with the sales but also reduce the waiting times significantly.

Mahindra launched the entry point to the XUV lineup on 14th February 2019. The XUV300 has been a popular choice among buyers and also sustained its demand to date. The company has sold a total of 142,264 units from its launch till the end of May 2022. Within a year from its launch, Mahindra sold over 40,000 units. The top pick from the range was the 1.5-litre diesel engine. Hence, to further increase its appeal, Mahindra also introduced an AMT option with the diesel engine in July 2019. In February 2021, Mahindra updated the XUV300 to meet the BS6 emission norms. Furthermore, the brand also introduced AMT for the petrol engine.

Launched in August 2021, Mahindra’s flagship SUV is currently the one with the highest bookings. Even with its long waiting periods, the XUV700 gets around 9,800 bookings on average every month. Soon after opening the bookings, the XUV700 was off to a good start. It received 50,000 bookings worth INR 9,500 crore in ex-showroom value in the first two days after the bookings opened. From its launch till the end of May 2022, 35,824 customers have taken the Mahindra flagship SUV home. However, a lot more are still waiting for the same.

The Bolero has been on sale for over two decades as Mahindra’s hardy workhorse. The Bolero ranks No. 3 when it comes to the waiting period with 15,000 bookings. Mahindra’s introduction of the Bolero Neo in July 2021 also drove up the demand for the Bolero brand. The Bolero, in its PikUp avatar, is also a popular choice for e-commerce operators for last-mile deliveries.

Mahindra Scorpio-N – What Will The Number Be?

The latest SUV from Mahindra, the Scorpio-N, will be available for bookings from 30th July 2022. Mahindra is yet to reveal the prices of the 4×4 and automatic variants. The SUV is still garnering a lot of interest. The Scorpio-N range starts at INR 11.99 lakh ex-showroom for the base petrol manual and goes up to INR 19.49 lakh ex-showroom for the top-end diesel manual. Going by the demand and how much of an improvement the new model is, we would not be surprised if its open bookings number comes close to that of the XUV700 in some time.