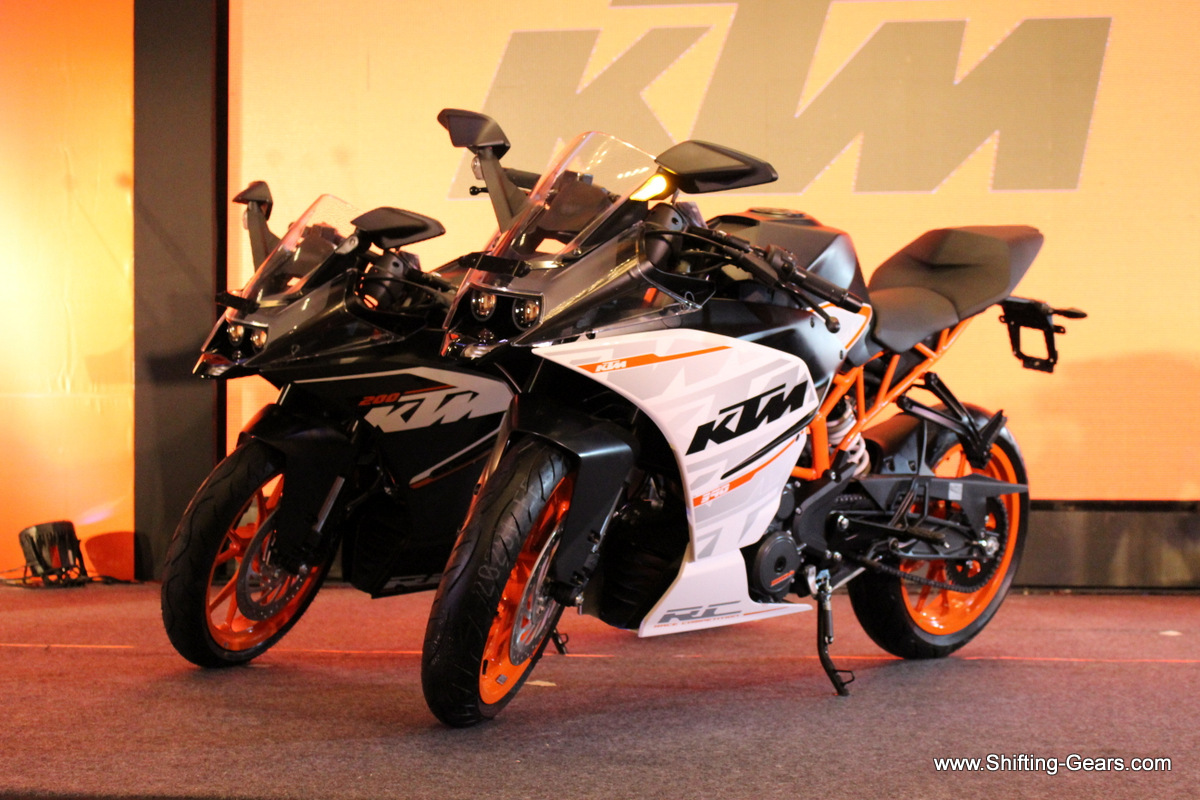 KTM has launched the most awaited motorcycles, the RC200 and RC390 in India at a price of Rs. 1.60 lakh and Rs. 2.05 lakh (ex-showroom Delhi). Similar to the pricing strategy on the Duke range of motorcycles, these are introductory prices and we can expect them to increase in a couple of months. Bikes can be booked for an amount of Rs. 30,000.

The RC200 and RC390 get a full fairing and supersport styling with split and step-up seats. At the front, you get a twin projector headlamp setup and wide rear view mirrors with integrated turn indicators. You also get LED DRLs on both the bikes. Just like the Dukes, the RC series also has a underbelly exhaust which is neatly covered by the fairing for better aerodynamics. On the side, the exposed orange Trellis frame and the orange rims are standard on both the bikes. They also get a unique body integrated pillion seat which poses like a cowl. Both the bikes also get forged aluminium triple clamp handlebars and a upside down WP fork.

Both the RC200 and RC390 also get a unique decal kit as a customised variant. 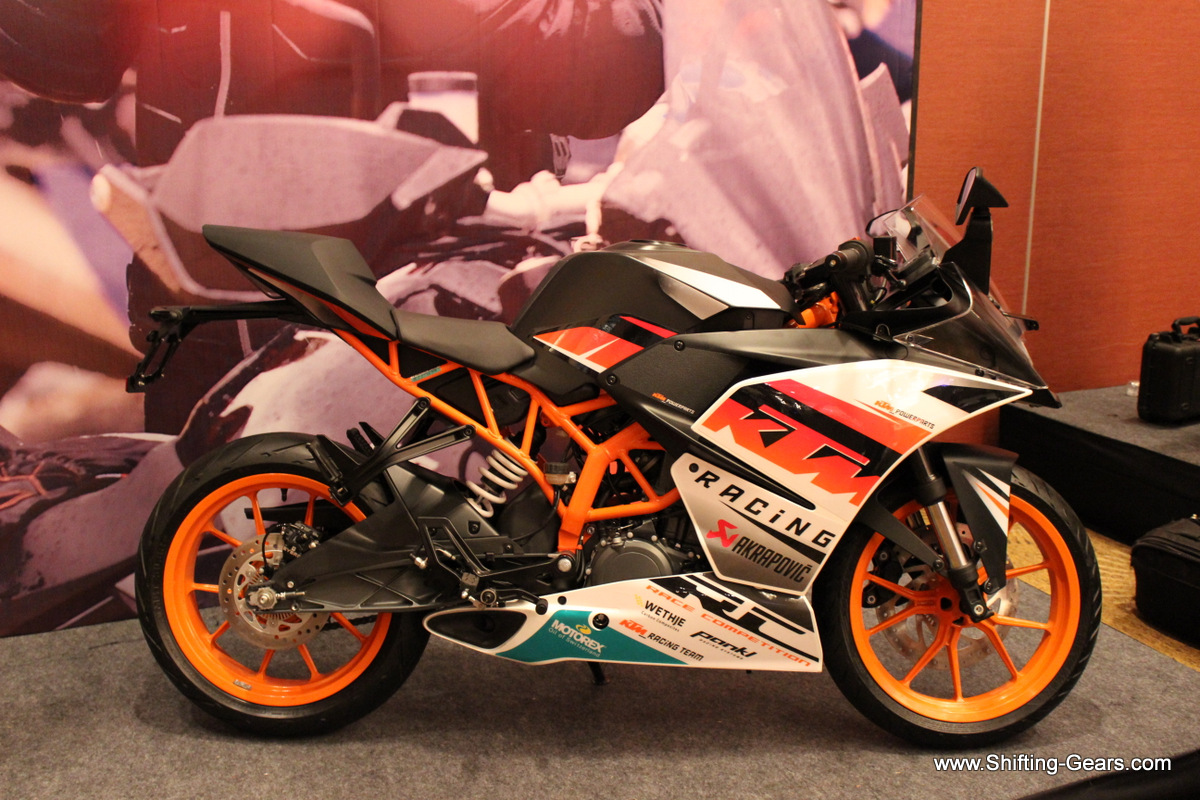 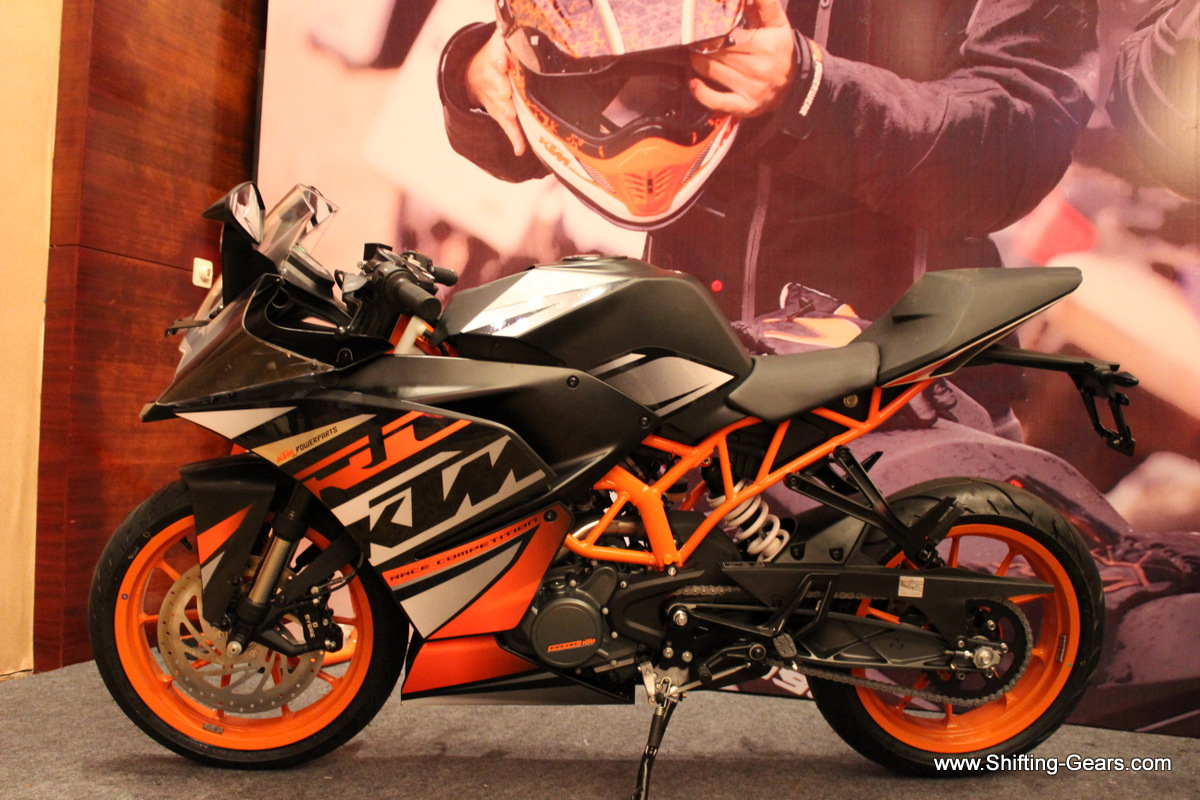