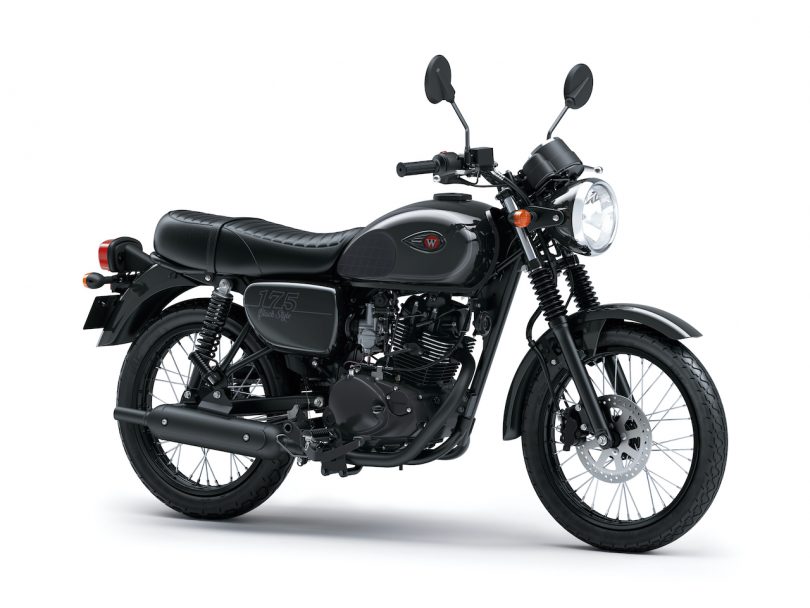 Kawasaki could be planning to launch the first single-cylinder motorcycle in the Indian market. The new Kawasaki W175 if launched in the Indian market will compete with the latest crop of modern-classics – the Classic Legends Jawa, Royal Enfield Classics, Benelli Imperiale and the latest Honda CB series. New reports suggest that the Japanese manufacturer plans to introduce the W175 as soon as the Q1 of 2021 adding to the ‘W’ family in India which currently has only one offering the BS6 compliant Kawasaki W800.

The Kawasaki W175 currently retails in the South East Asian markets such as the Philippines, Thailand and Indonesia. The Kawasaki W175 in the Philippines is priced at PHP 130,000 which roughly converts to INR 1.96 lakh. But the brand is likely to heavily localise the W175 in India and sources report that over 90% of the motorcycle including its powertrain components are likely to be engineered within the company’s R&D setup in India making it the most localised Kawasaki motorcycle in the country. This move could allow the brand to price its well within an affordable range offering aficionados a new much affordable option. It is speculated that the W175 could be priced around INR 1.25 to 1.40 lakhs in the Indian market.

While the W175 is also offered in two variants in the international market – Scrambler and Cafe the brand is expected to launch only the former trim in the initial phase. In the international market, the W175 is powered by a 177cc single-cylinder, air-cooled 4-stroke engine with carburetted fuel delivery that makes 13.05 HP of power and 13.2 Nm of torque matched to a 5-speed manual gearbox. The Indian-spec version will come with a fuel-injected engine to conform to the stringent BS6 emission norms.

The Kawasaki W175 echoes with the heritage styling of the 1966 W1, Kawasaki’s original W which came with the largest displacement Japanese model of its time. The W175 comes with rounded halogen headlamps, the heritage tank design with knee pads and pinstripes, blacked-out engine with machine-finished cylinder head cooling fins, a classic analogue style speedometer complemented by an odometer, trip meter, indicator lamps and “W” emblem on the speedometer face, a straight bench seat with a relaxed riding position and chrome finished peashooter exhaust.

With the low price range, the Kawasaki W175 will appeal to the cash-conscious customers looking for a modern-classic motorcycle. 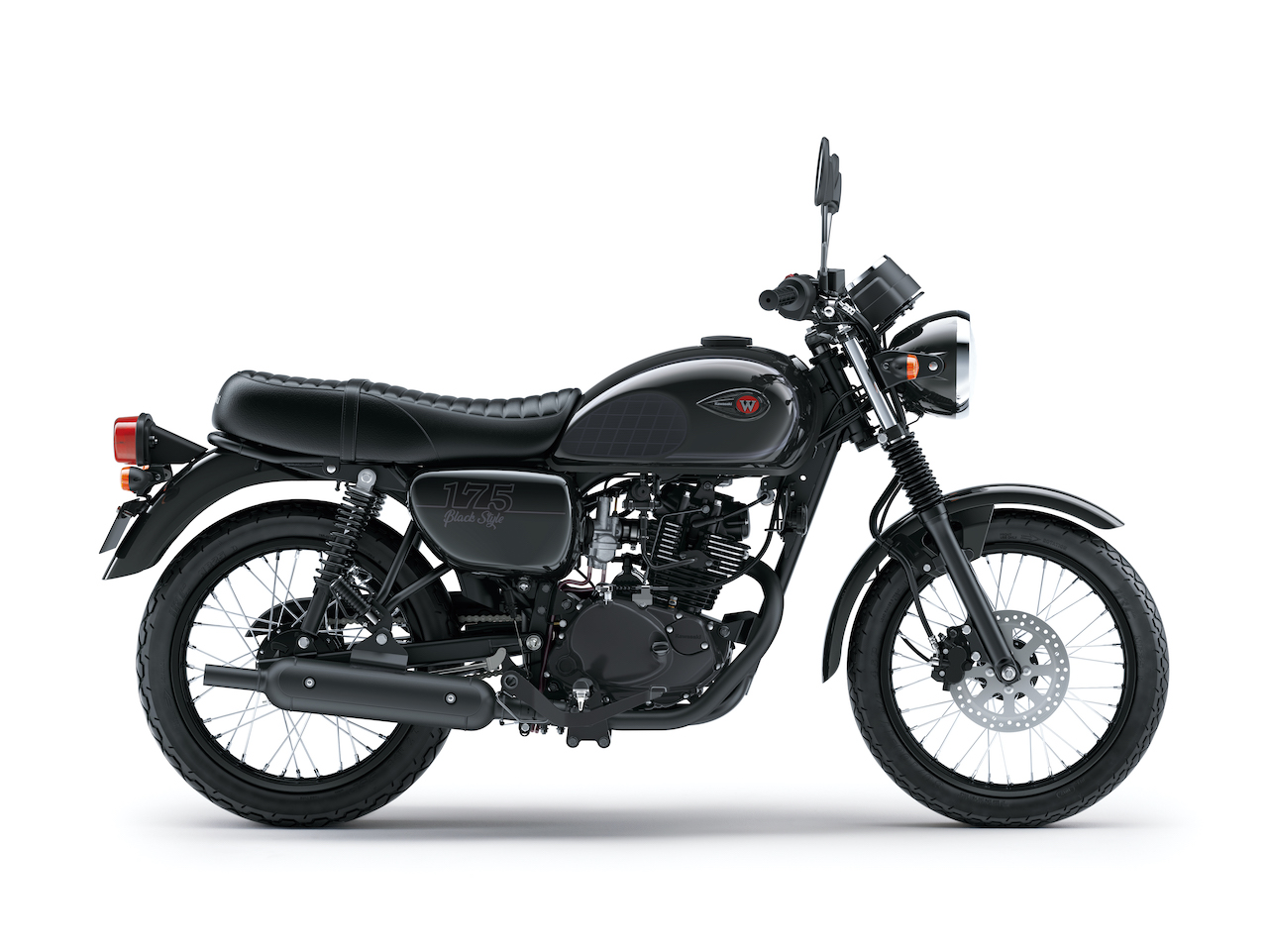 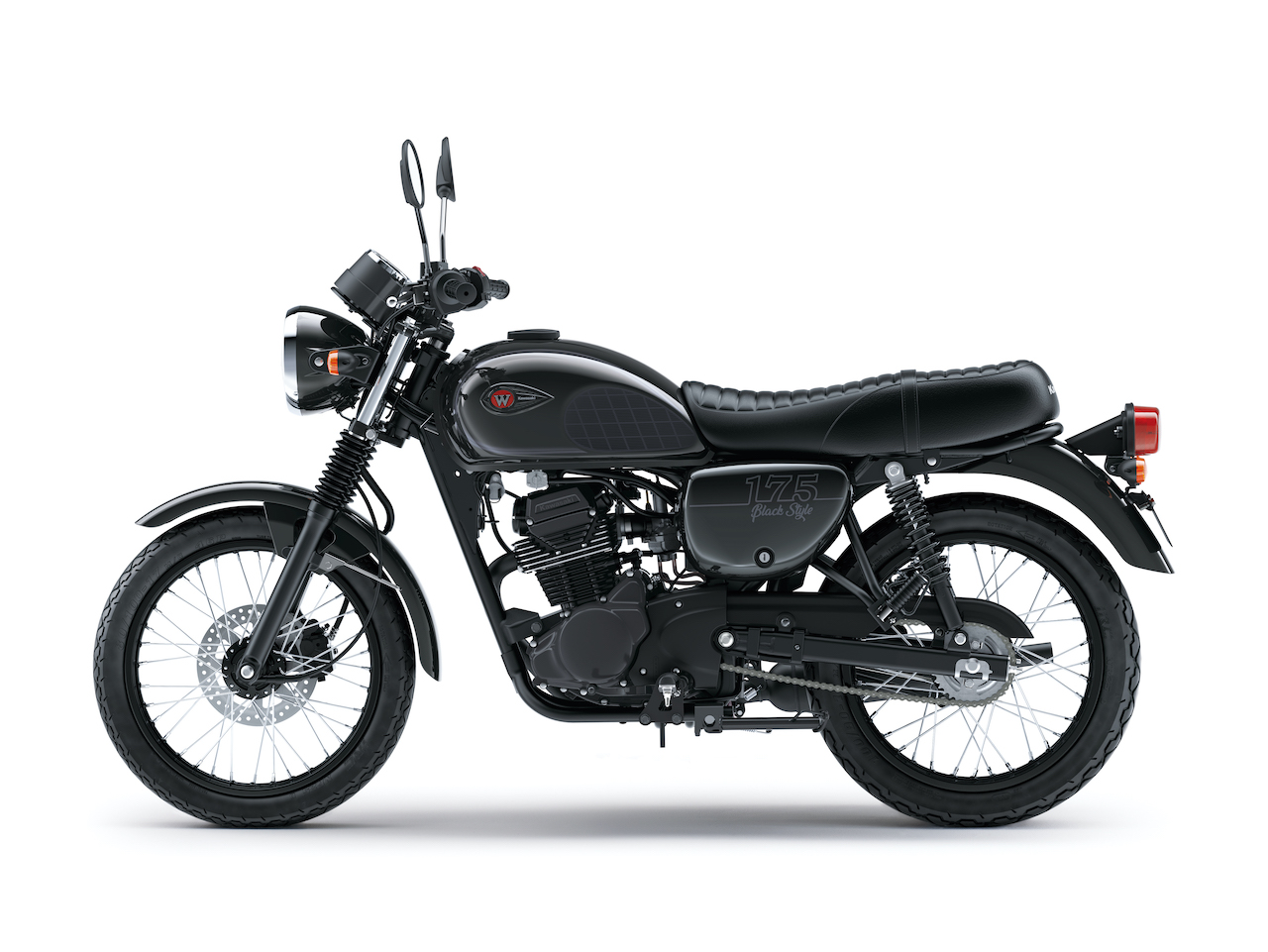 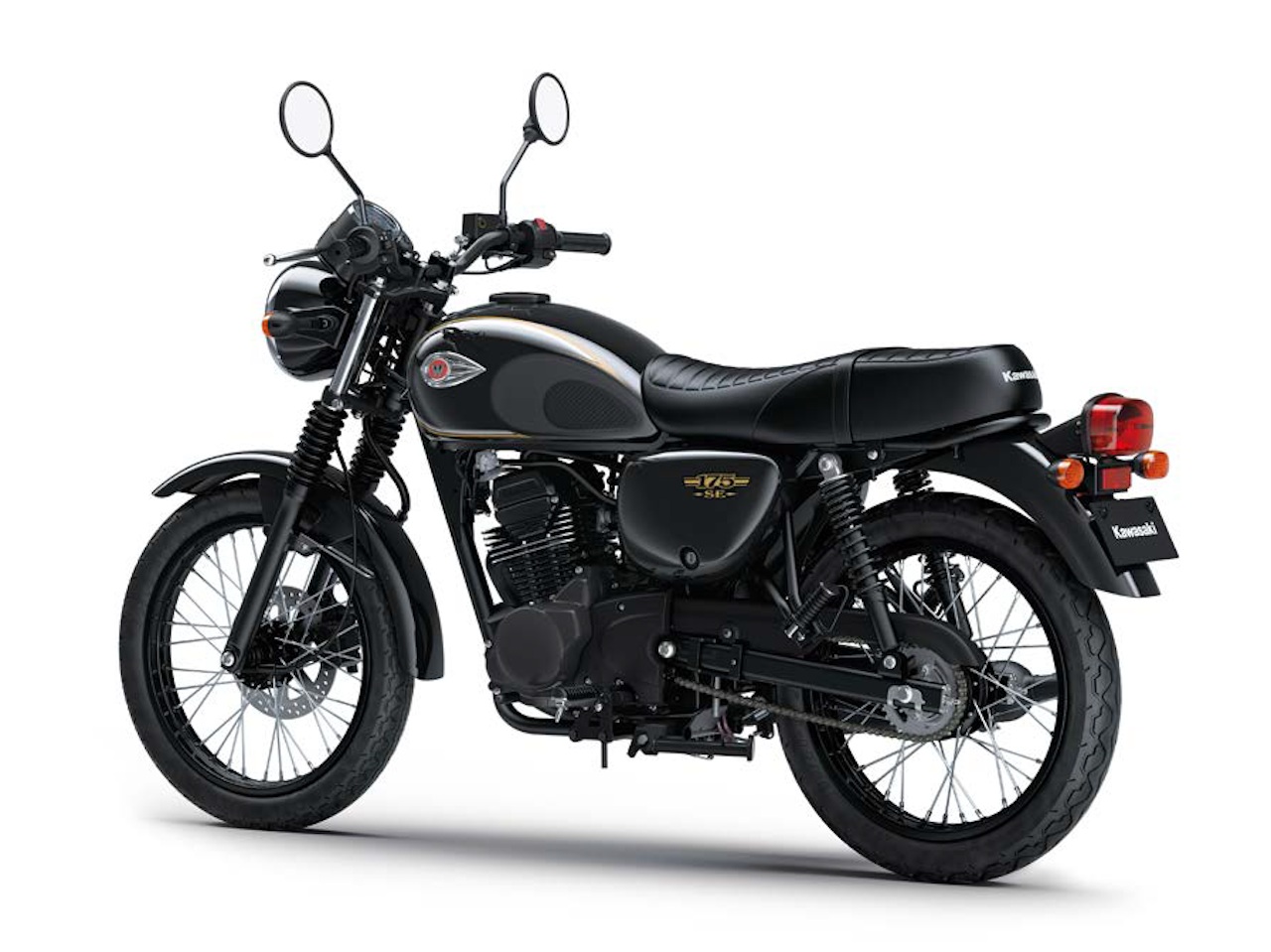 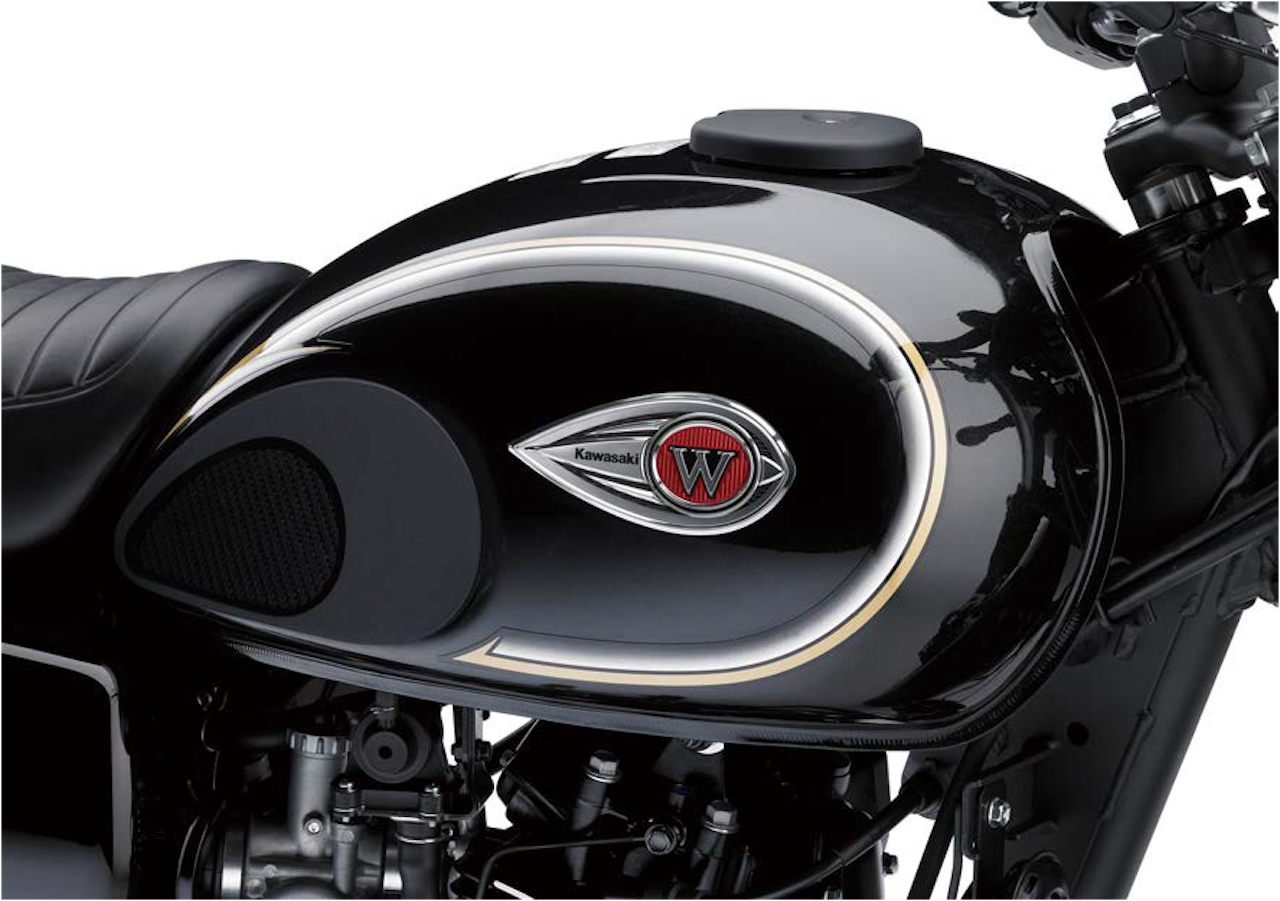 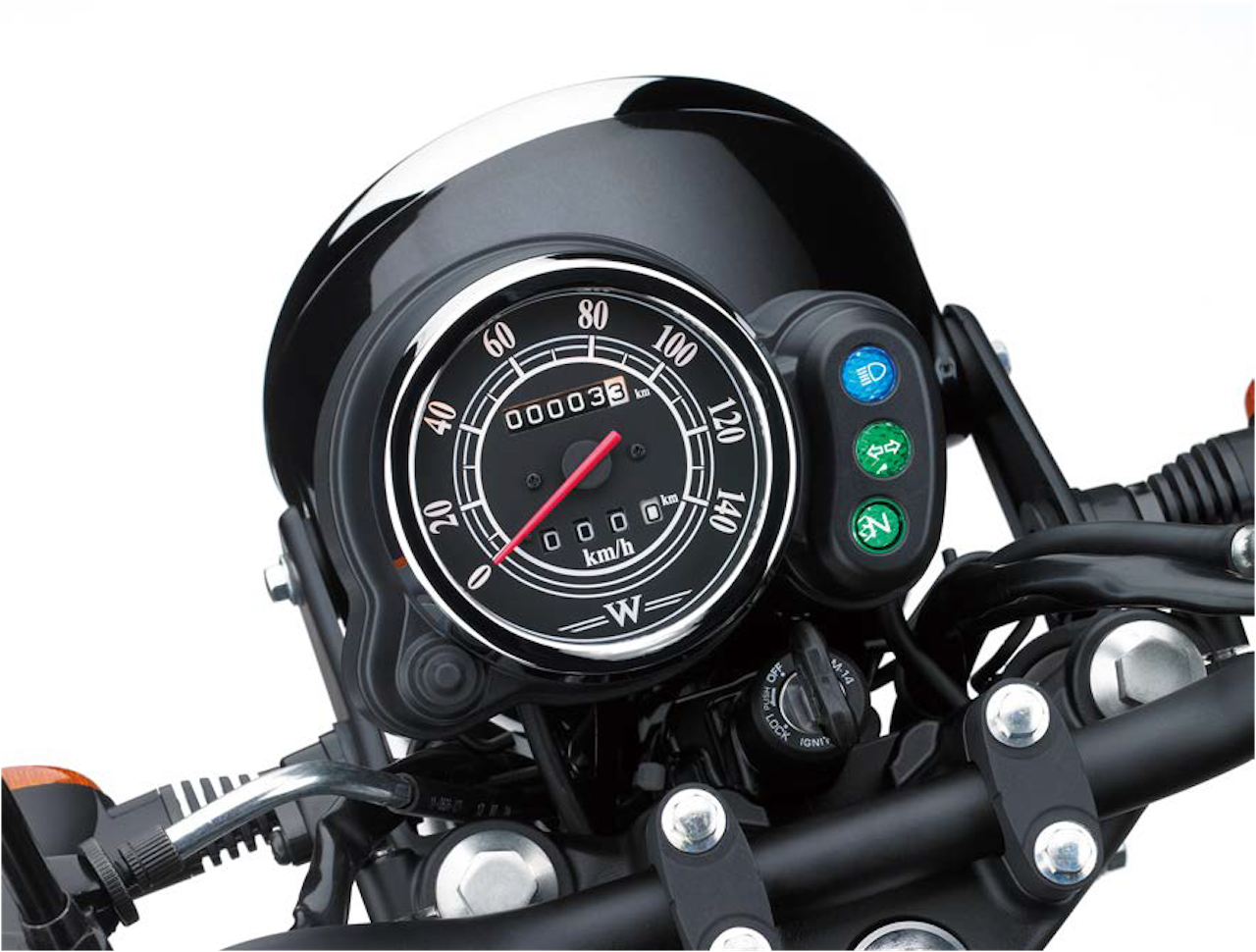 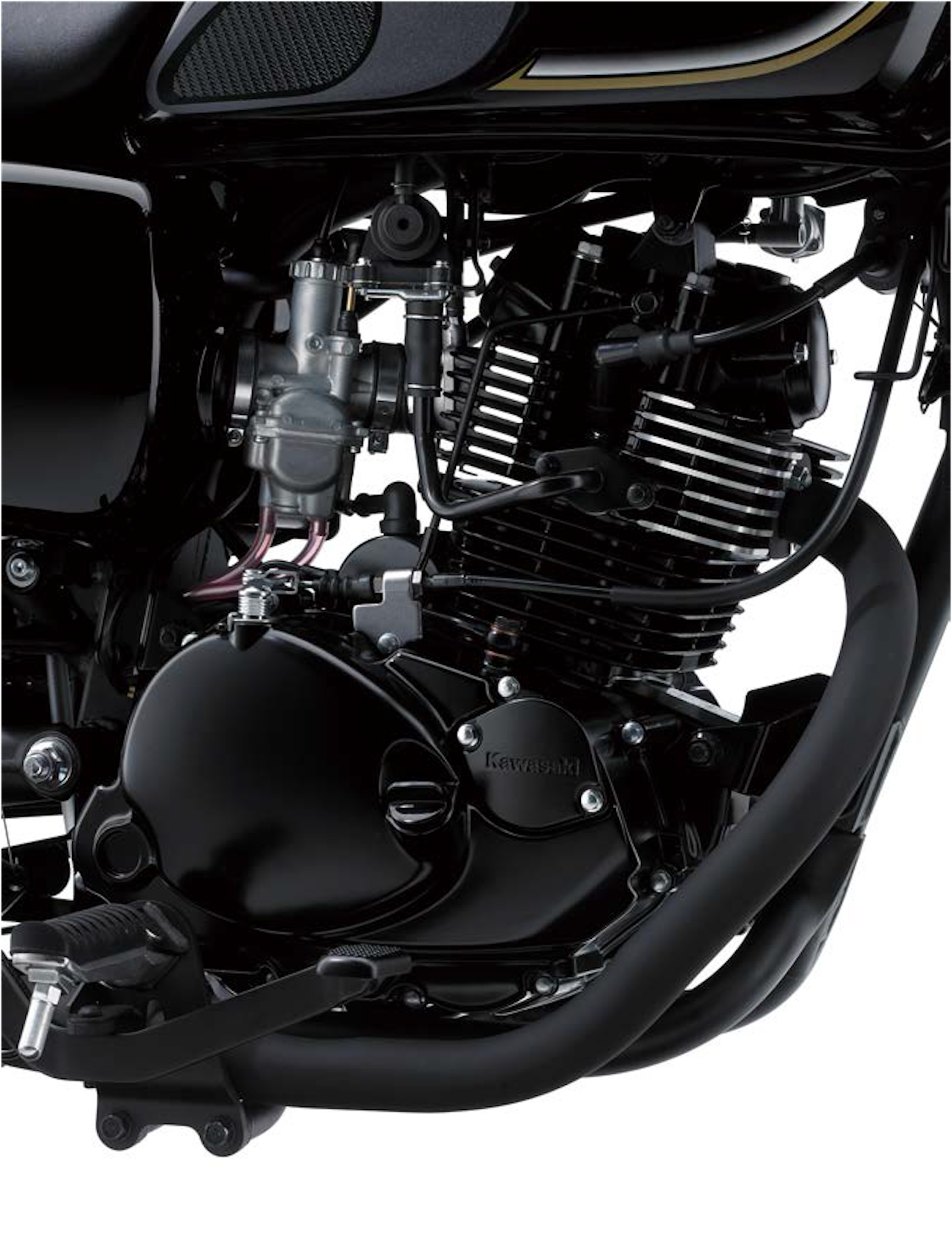