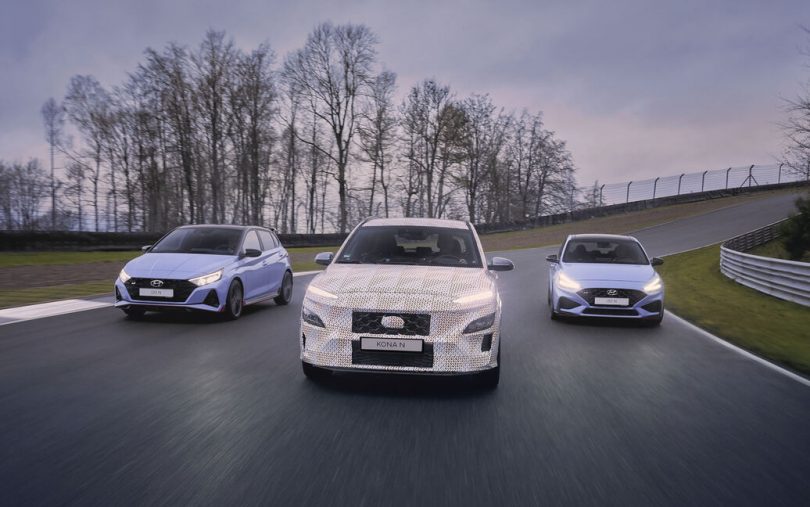 Hyundai has teased the new Kona N wrapped with special camouflage covers. The N suffix denotes the SUV is performance-oriented, similar to the ‘AMG’ of Mercedes-Benz. The Kona N is expected to make its debut later this year and expands on the brand N portfolio that currently includes the i30 N and the most recent i20 N. The Hyundai Kona N will become the Korean brand first-ever high-performance SUV and after the gaining popularity of its standard model, the brand decided to bring the N performance model of the SUV.

The Hyundai Kona N will be powered by a 2.0-litre turbocharged petrol engine matched to an N DCT gearbox. Speculations are that the brand is talking about the same 2.0-litre four-cylinder turbo-petrol motor that does duty on the Veloster N and pumps out 275 hp of power and 353 Nm of torque. The N DCT gearbox is expected to be an 8-speed unit with wet dual-clutch.

On the outside, the Kona N retains the silhouette of the standard Kona that has recently received a facelift as well as an N-line model. The Kona N Line comes with a unique set of styling elements that differentiate the SUV from the standard. However, the brand has released a few images of the Kona N camouflaged with special covers which reveal the same LED headlamp cluster, LED daytime running lights that sit on the bonnet shutline, geometric front bumpers with air intakes that flank the sides, large Y-spoke alloy wheels, a new rear apron, integrated rear spoiler, etc.

The brand has not revealed the interiors of the SUV but it is expected to come with sporty seats, a dark interior theme, a 10.25-inch digital cluster, a 10.25-inch touchscreen infotainment system with the latest connected features, wireless Android Auto and Apple Car Play, sporty steering wheel, and upgraded safety features similar to the Kona facelift and Kona N-line.

More details are expected to be announced in the coming weeks. 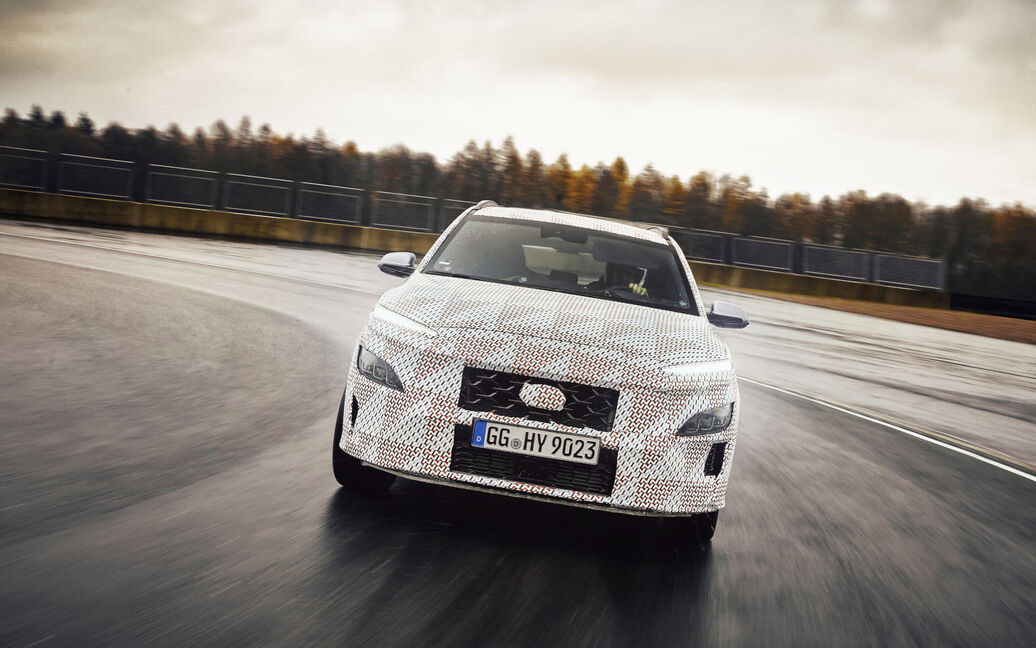 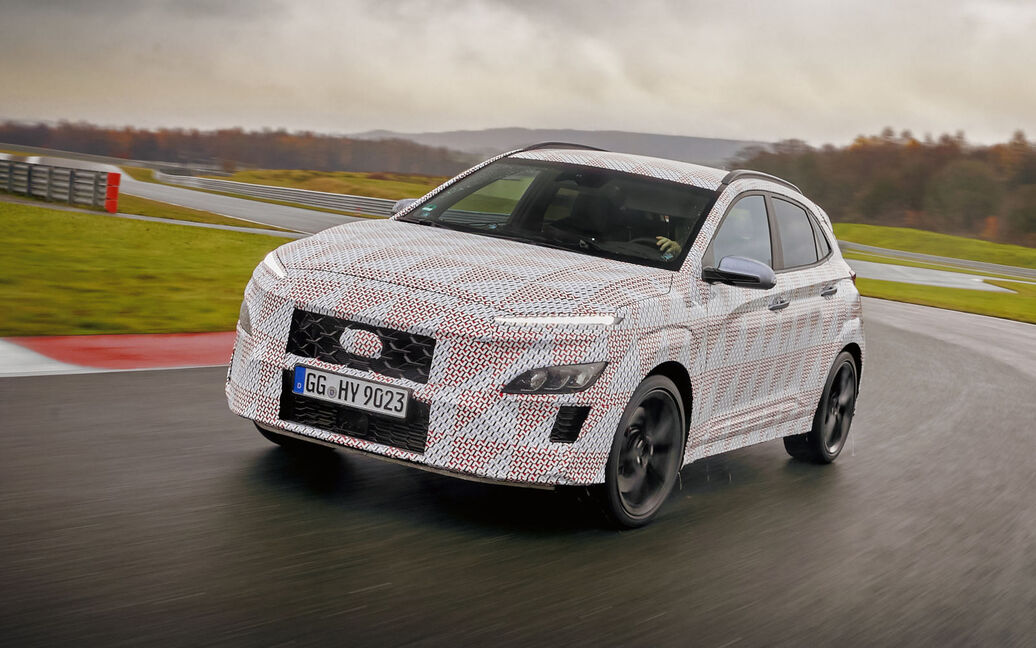 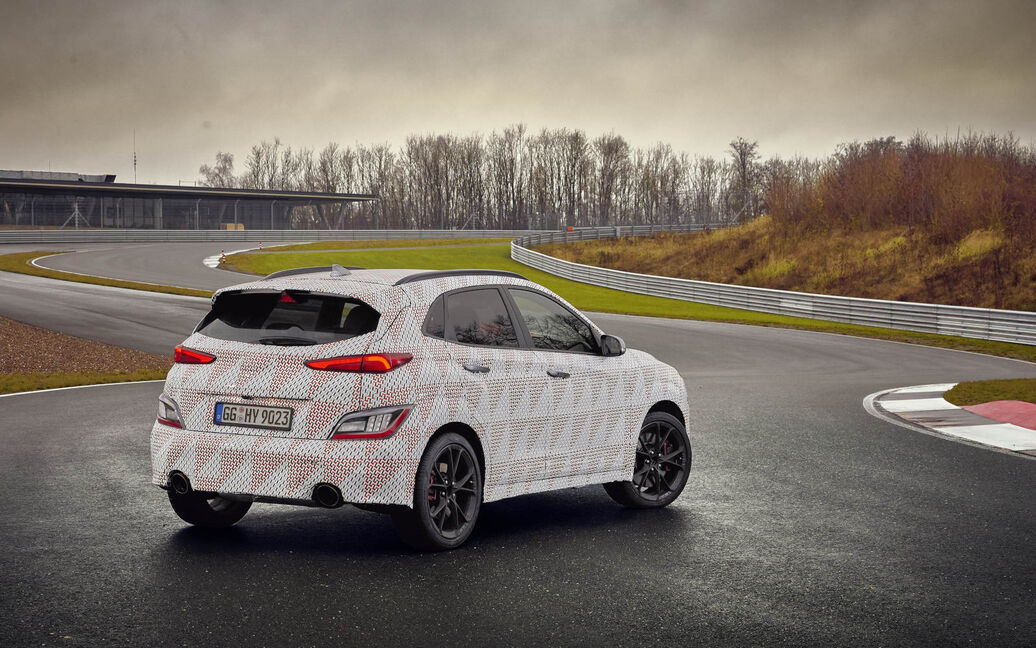 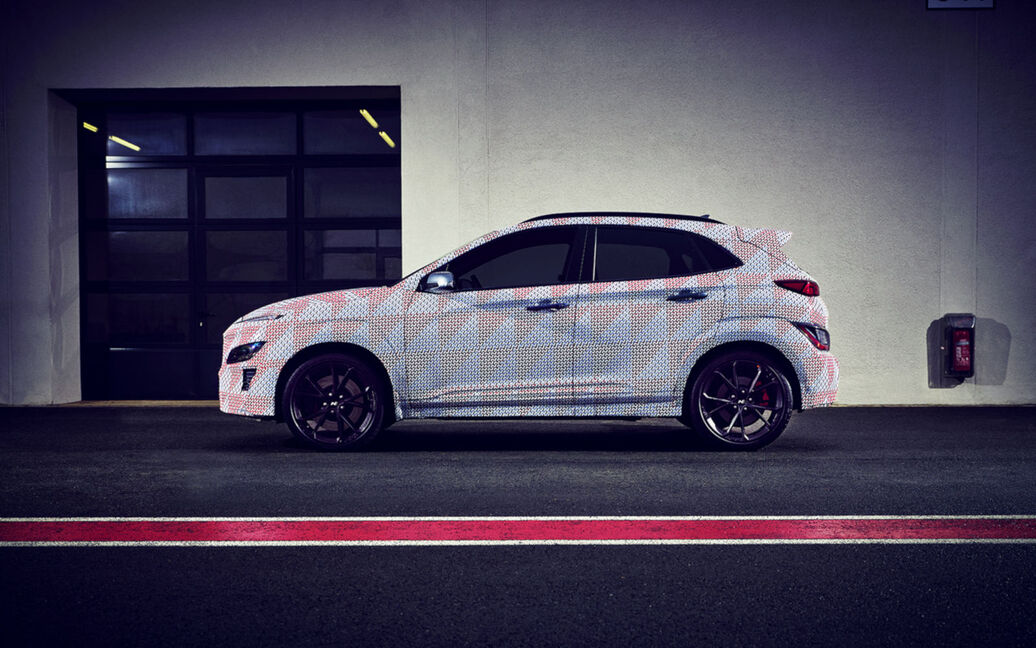 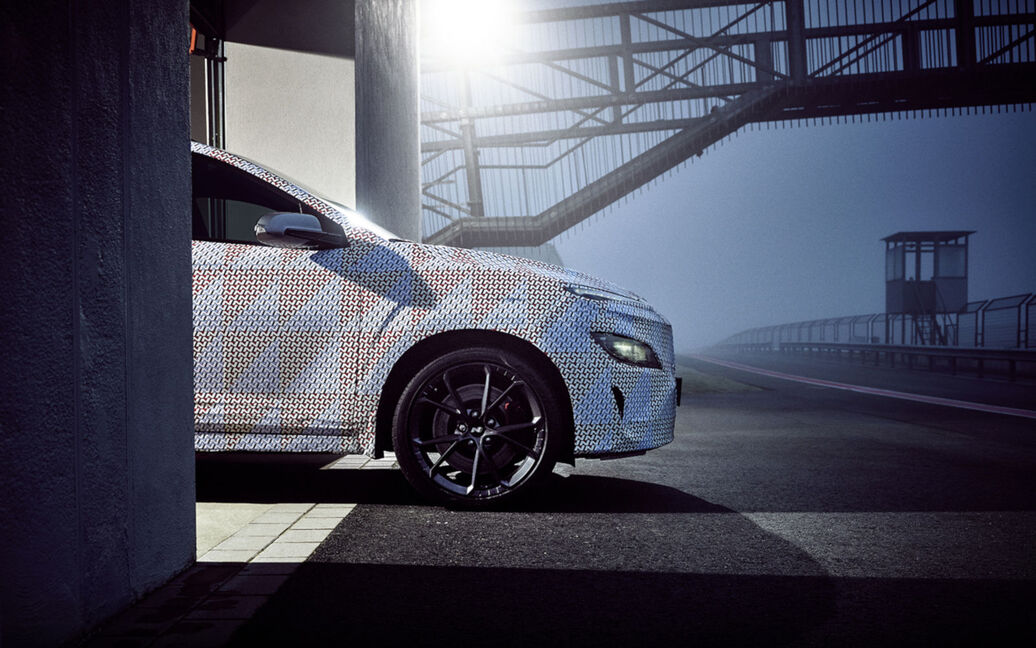 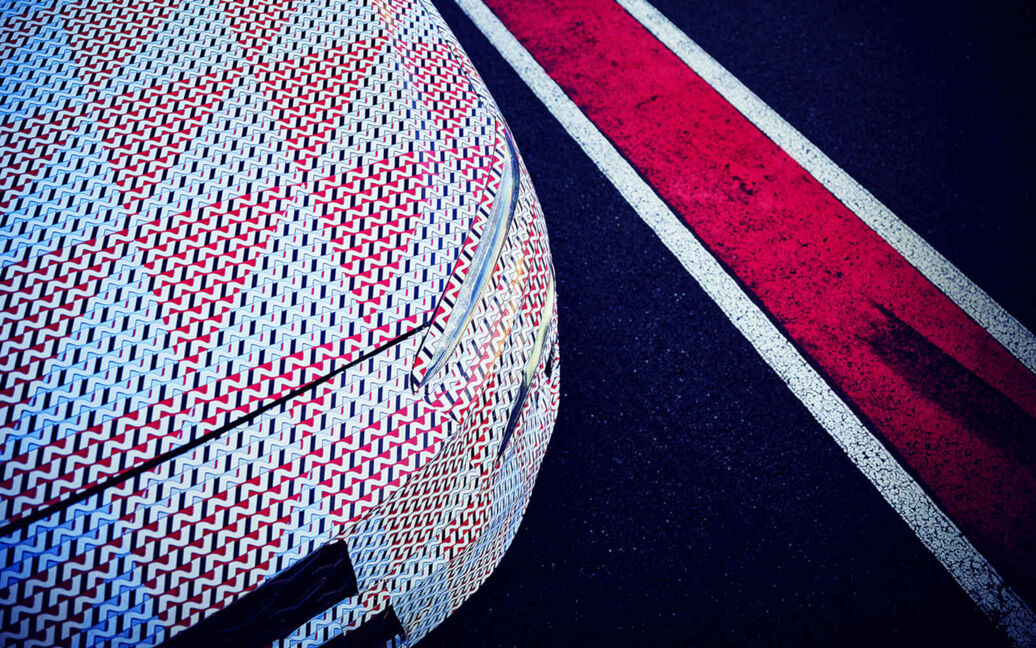 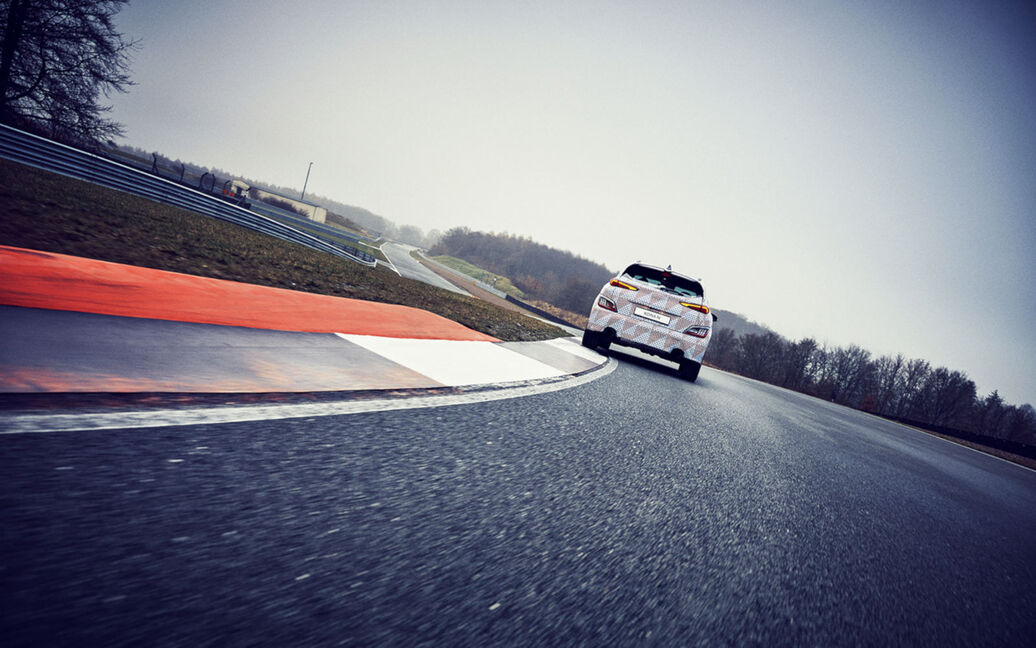 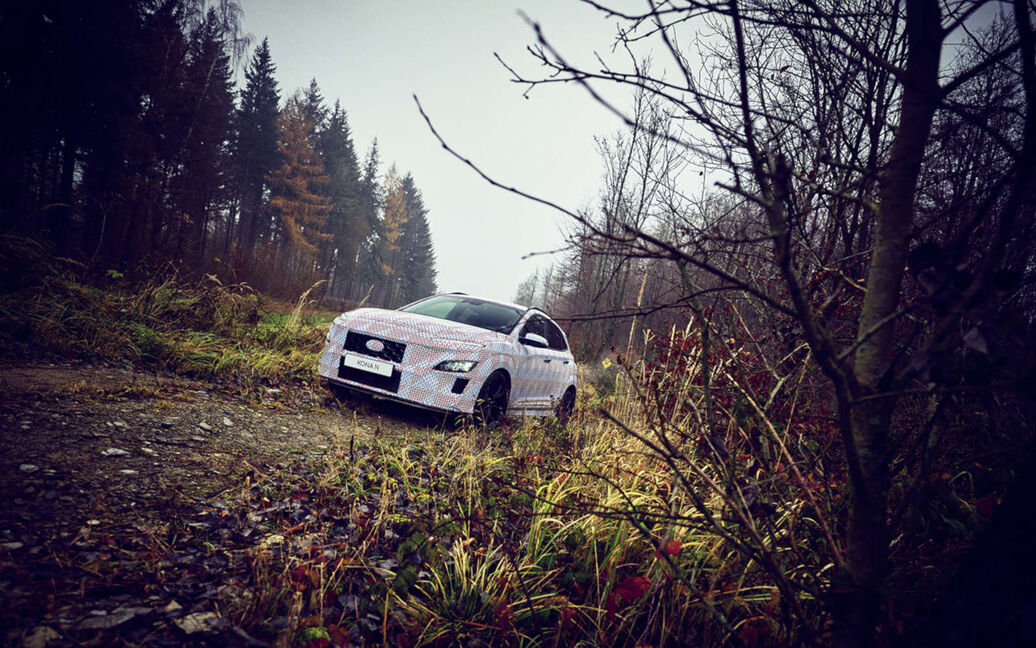