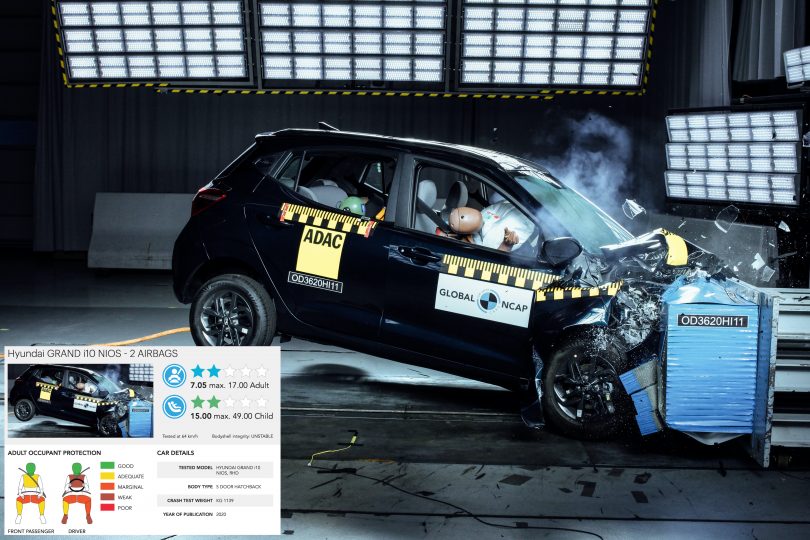 Global NCAP in its SaferCarsForIndia initiative has also assessed the Hyundai Grand i10 Nios which scored 2 stars for safety in adult protection and 2 stars for safety in the child safety department. The Global NCAP promotes crash testing and reporting especially for the Indian market. The Hyundai Grand i10 Nios scored 7.05 points out of 17 points for adult protection and 15.00 points out of 49 points. The Hyundai Grand i10 Nios was subjected to Front Offset deformable Barrier test at the speed of 64 kmph but the bodyshell integrity was revealed to be unstable and was not subjected to further loadings. The footwell area was also rated as unstable.

According to Global NCAP, the 3-year old child test dummy was seated in a CHICCO COSMOS child restraint system with a forward-facing system held on the seat with an adult seatbelt but was not able to prevent excessive forward movement during the test and offered poor protection to the head and fair protection to the chest. The 18-months old child dummy was seated using a CHICCO KEY FIT child restraint system in a rearward-facing system fixed using an adult seatbelt and offered good protection for the head and fair protection for the chest. 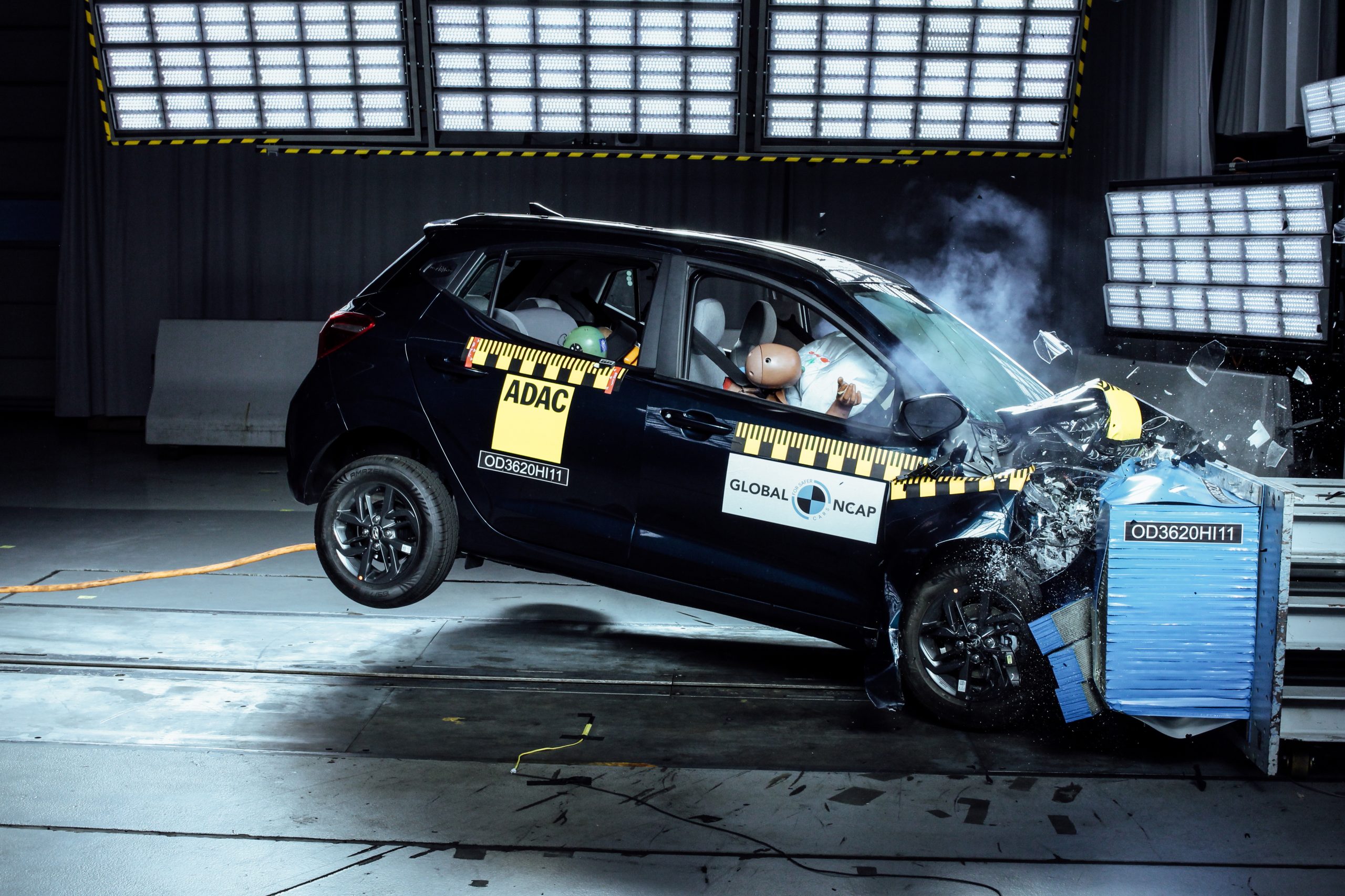