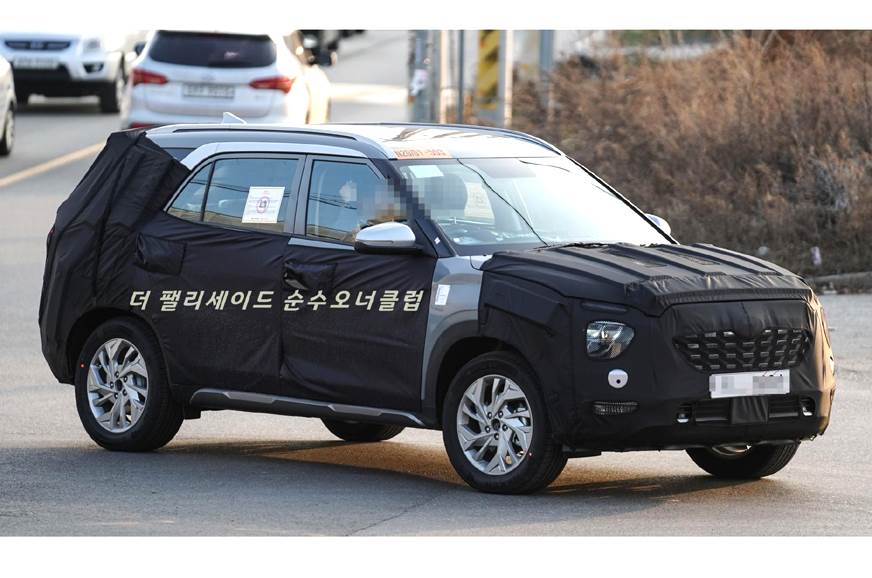 It was being reported that Hyundai has been working on a 7-seat iteration of the recently launched Hyundai Creta. The test mule of the 7-seat Creta has been spotted in South Korea and reverberates with the brands latest design language. The 7-seat iteration is likely to be a lengthened version of the current generation 5-seater that is sold in the Indian as well as international markets.

In terms of styling, the 7-seater version is likely to get its own unique features and the highly camouflaged test mule only reveals a few details. The front fascia of the car being tested appears the same with only a change in the grille design. The test mule appears to have the same grille but in a chrome-studded form as seen on premium German brands. The headlamp units, LED DRL units and fog lamps are likely to be the same.

On the side, the 7-seater car features the same alloy wheel design and squared-off wheel arches but the major change is on the rear end, where the overhangs appear to be longer than standard to accommodate the third row of seats. The lightning arch C-pillar is also likely to be replaced with a set of windows for the third-row passengers, though a chrome styling element is still seen from the side. The rear of the car is completely covered and it is difficult to predict more details at the moment.

The current-generation 5-seater Hyundai Creta measures in at 4300mm in length, 1790mm in width 1635mm in height with a wheelbase of 2610mm which makes it 30mm longer, 10mm wider and offers a 20mm extra wheelbase than its predecessor.

When launched, the 7-seat Creta will be positioned above the current 5-seat model and will compete with the upcoming Tata Gravitas and the Hector Plus.