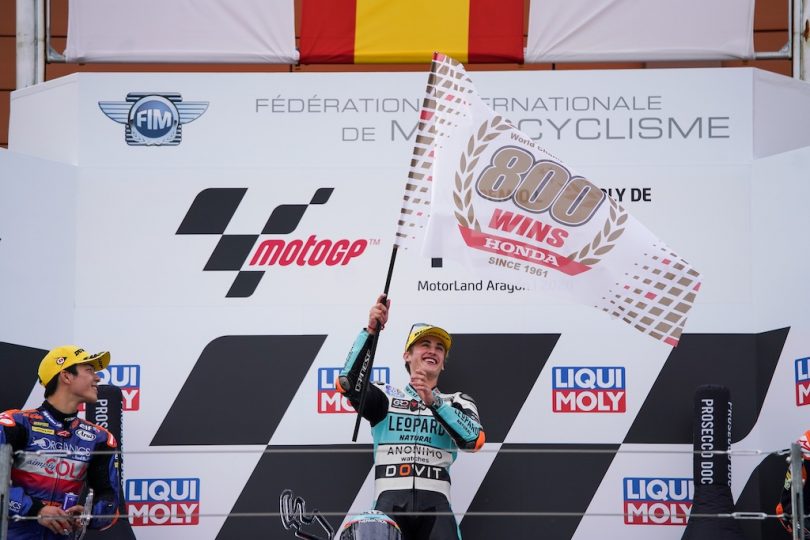 At the Teruel GP of the 2020 MotoGP World Championship, Spanish rider Jaume Masia, achieved a new milestone for the company by propelling the Japanese manufacturer to the 800th Grand Prix victory  on 25th October 2020. The feat has been achieved on the NSF250RW. In addition to this, the achievement has come approximately 66 years after Soichiro Honda’s famous declaration into the racing world. In 1954, Soichiro Honda announced the entry into the coveted Isle of Man TT race and in 1959 the company became the first Japanese motorcycle brand to have entered the Isle of Man TT. In 1960, Honda started competing in the 125cc and 250cc classes and only a year later Australian Tom Phillis on the Honda RC143 in the 125cc Spanish Grand Prix of 1961 achieved the first Grand Prix victory and Jaume Masia crossed the finish line taking Honda towards its 800th win on the same Grand Prix in 2020.

After the landmark success in the 1962 Spanish Grand Prix, Honda would further expanded its racing programme and the company started to compete in the 350cc & 500cc segment. The Japanese brand won many victories until Honda paused its factory racing activities. In 1979, the company returned to the world stage, achieving premier class success with Freddie Spencer aboard the NS500 in 1982. In the 2001 Japanese Grand Prix, Valentino Rossi took the brand to a new important milestone with 500 wins. The success was achieved in the 125cc, 250cc and 500cc classes. In 2002, the change into the four-stroke MotoGP class bringing more victories for Honda and at the Indianapolis Grand Prix in 2015, Marc Marquez clinched the 700th win for Honda. 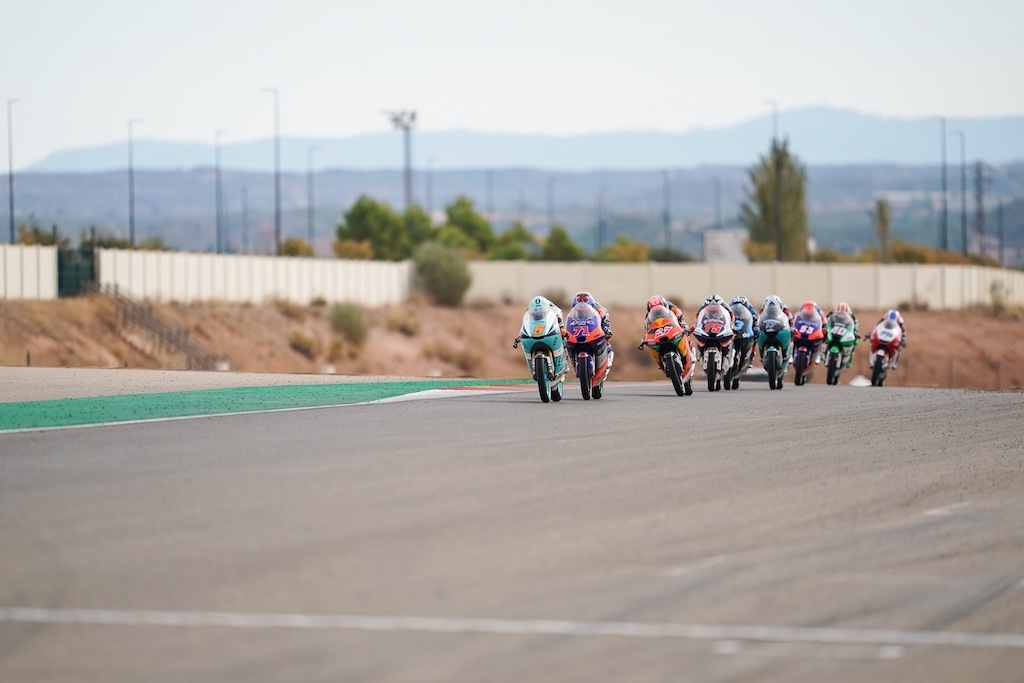 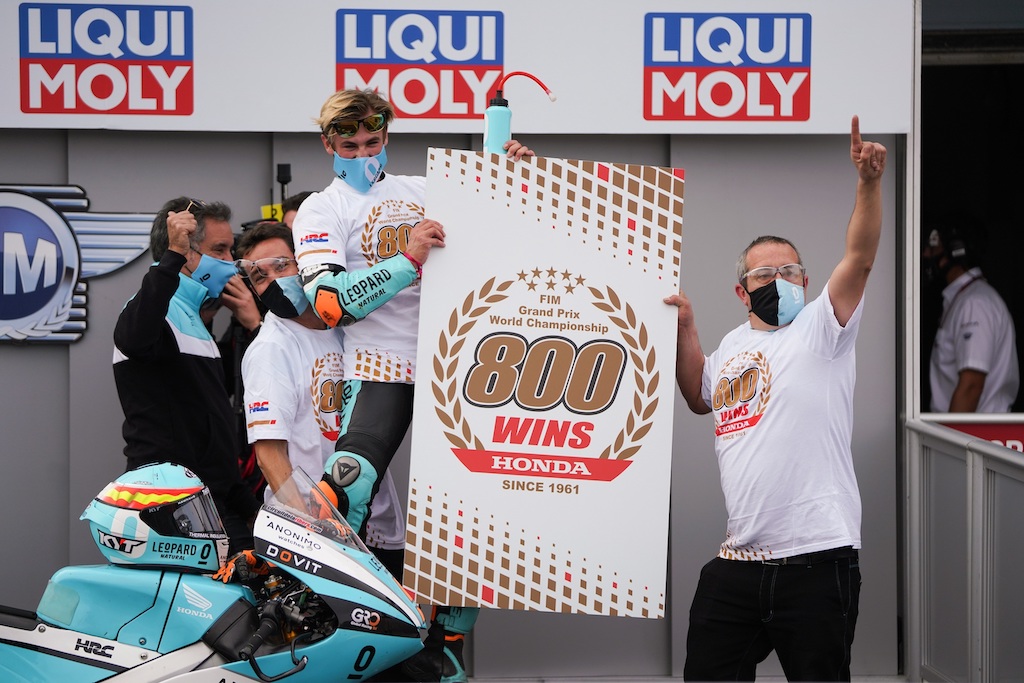 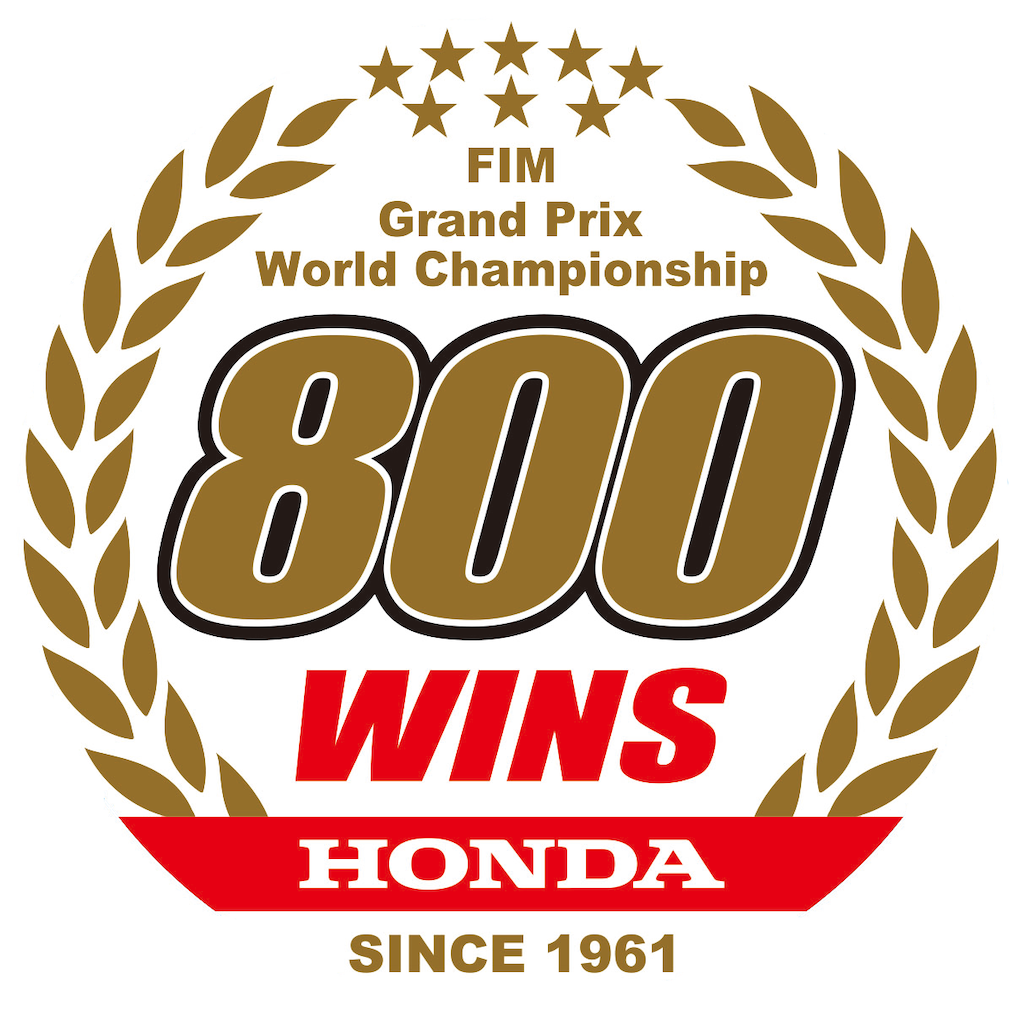