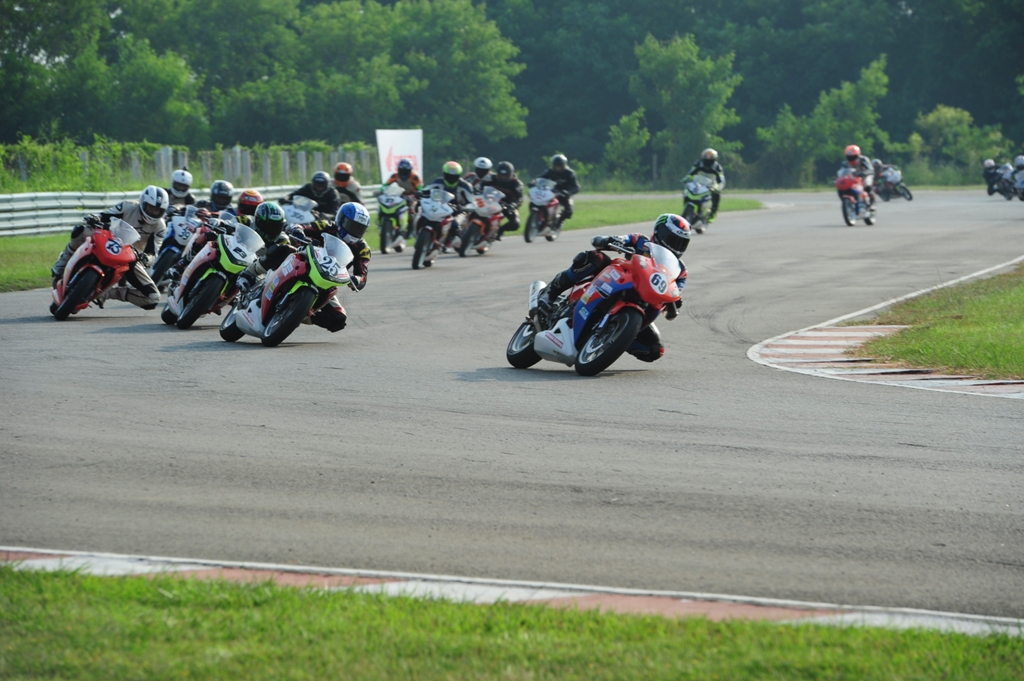 In Round 5, newcomer Ami Van Poederooijen took a surprise win in the Honda CBR 150 novice category. Vivian Gladwin David came in 2nd with Shoban Bapu getting his first podium of the year to finish in 3rd place. Naresh Babu was crowned Champion even though he finished in a distant 7th place. The Final Round of the 2014 MMSC- FMSCI Indian National Motorcycle Racing Championship got off to a great start with Sarath Kumar winning a 4-way tussle in the Honda CBR 250R open race.

Since its inception in 2008, the Honda One Make Race continues to grow in scale, drawing a total of 319 entries in 2014. Honda leased out 16 CBR 250R bikes to teams registered at FMSCI. Excluding the engine, chassis and tires of CBR 250R and enable permitted performance enhancing modifications to the vehicle. Honda further supported participating teams with Original Spare parts worth Rs. 10,000 and set of tyres replacement per round. These vehicles are modified with imported HRC performance kits. 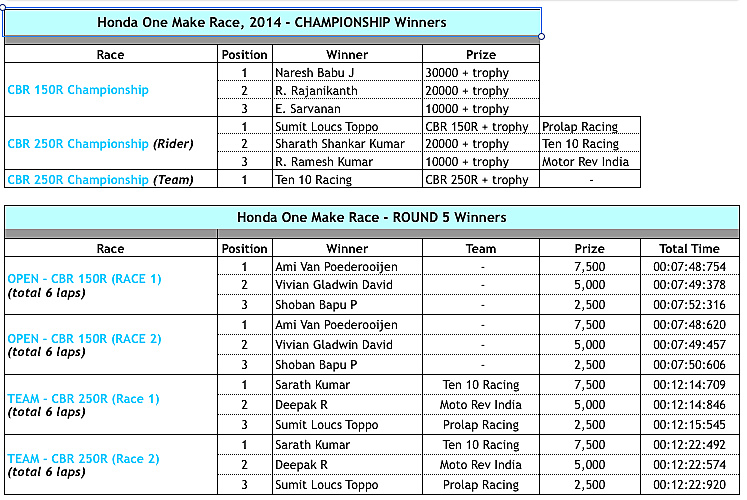