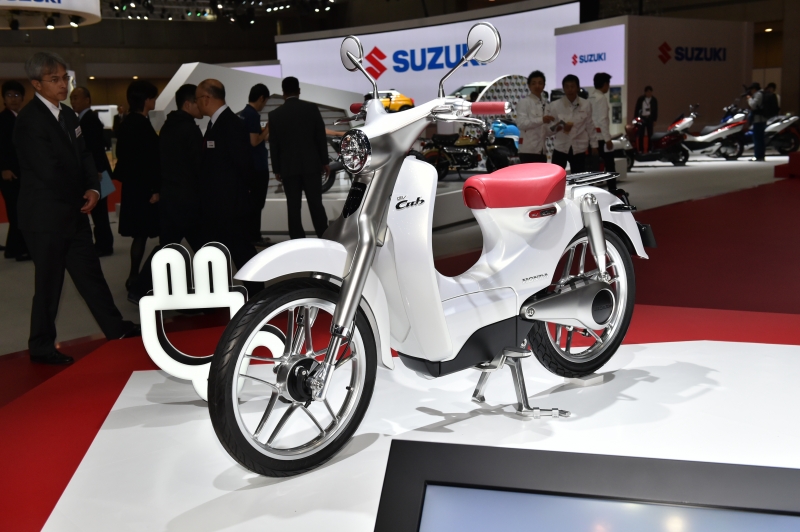 Honda is developing an electric-powered Honda Super Cub as per images of patent drawing that have been circulating the internet. The Japanese brand had showcased the Honda Super Cub with electric powertrain at the 2015 Tokyo Motor Show in Japan and the original patents for the production series version are said to be filed back in 2016.

The Honda EV-Cub Concept was showcased at the 44th edition of the Tokyo Motor Show alongside the Honda Super Cub Concept and draws its design inspiration from the ICE powered sibling. The EV-Cub Concept is positioned as a personal commuter electric motorcycle that reverberates the legendary original Super Cub.

According to the patent images, the brand is planning to put the concept into production which will be powered by an electric motor most likely situated on the left side of the rear wheel where ideally the gearbox and clutch assembly is situated on a V-belt type CVT automatic transmission scooter.

The battery is placed in between the front footpegs to keep the centre of gravity low and the weight centred. The patent drawings also reveal that the battery will be of a removable type confirmed by the claims made by Honda at the Tokyo Motor Show when the EV-Cub Concept was revealed.

The Honda EV-Cub is likely to feature an on-board charger as well to allow the motorcycle to be charged using a cable with the point located behind the leg shield using an ordinary home outlet. Alternatively, users can also remove the battery and charge it at home or office, thus improving convenience and reducing the range anxiety.

As per the patent images Honda is likely to provide a tiltable battery compartment so that the battery pack can be easily removed and swapped with a fresh fully charged battery further improving the range. As of now information on the powertrain is still scarce so it is difficult to hypothesize any further.

In terms of design, the patent images show the Super Cub as the background art and the motorcycle is expected to be based on the same design with large split-spoke alloy wheels, telescopic suspension, rounded headlights, ergonomics seats, upright handlebar positioning and a luggage rack could be an option in place of the pillion seat.

More information on the Honda EV-Cub is expected in the near future until then fingers crossed. 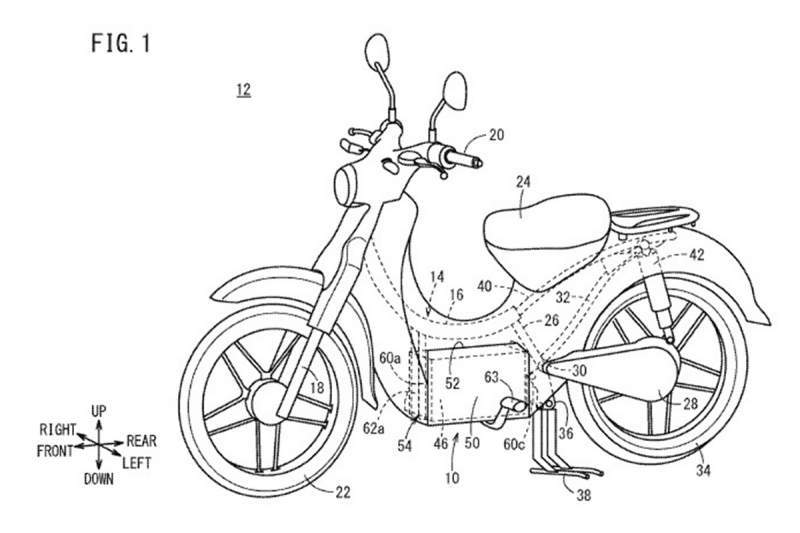 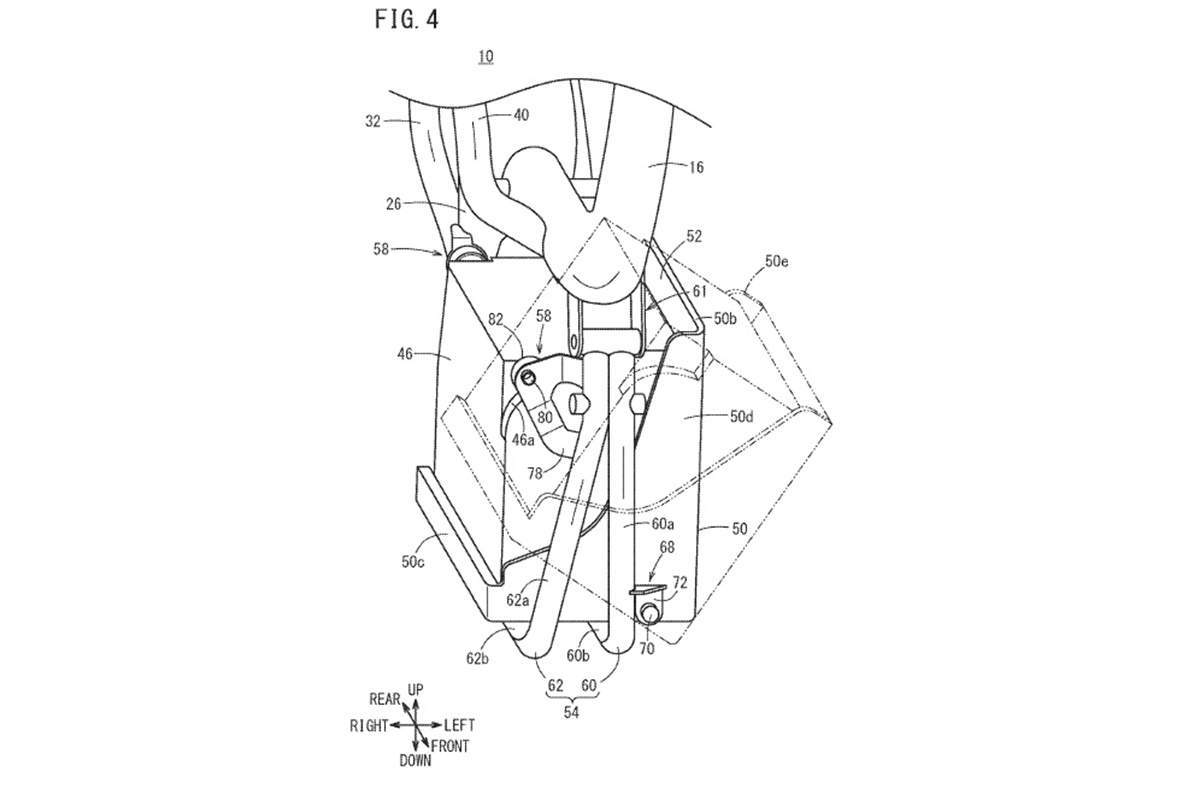 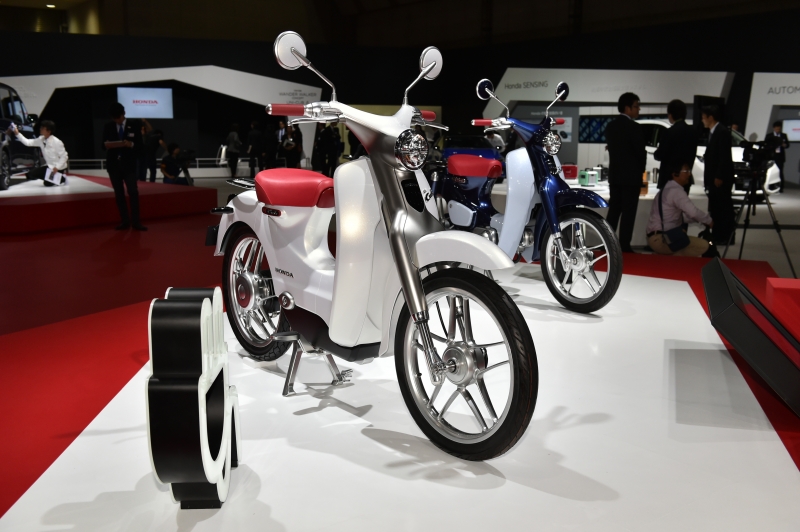