A spyshot had emerged a couple of days back suggesting that Hero MotoCorp has started working on a new 125cc scooter.

Reports now suggest that this new scooter could be a variant of the existing Maestro scooter and could be called as the Maestro 125.

The scooter was covered in heavy camouflage. Although the next launch from Hero was expected to be the Dash scooter, the exterior profile of the Dash revealed at the 2014 Indian Auto Expo does not match this test mule.

Handlebar has the conventional headlamp placement and the turn indicators on either side. A long seat, silver grab rails, telescopic front fork and blackened wheels were seen on this test scooter. On the Maestro however, the turn indicators are placed on the front apron.

Reports also suggest that this could be a new 125cc scooter, and a non-Honda engined product. 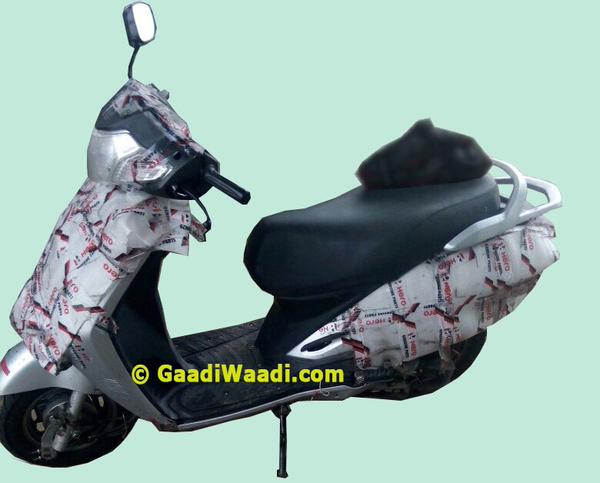