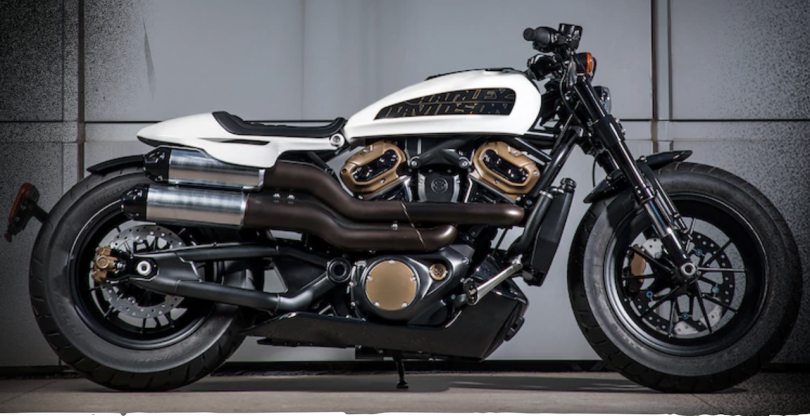 The showcased model is currently in the prototype phase and the brand labels it as ‘Future High-Performance Custom Model’. Speculations are that in the production avatar it will slot into the Sportster segment which was axed as it failed to conform to the Euro5 emission norms. While not much is known about the new motorcycle, if the production model sticks to the same design, the Custom 1250 could get a set of fat tyres on both ends, upside-down front suspension, a minimalist headlamp in between the front fork, a sleek tank and sporty seats in line with the underbone of the chassis, twin high mounted exhausts and chopped off fenders.

The engine is expected to be based on the Pan America which is powered by a Revolution Max 1250cc Liquid-Cooled V-Twin cylinder that is likely to make 145 Hp of power and 122 Nm of torque. But the motor is likely to be tuned differently, to match the Sportster attitude. The Custom 1250 is also likely to be offered with a plethora of customisation options and compete with the Honda Rebel 1100, Indian Scout and Yamaha Bolt.

While the official picture says that the future model may not be available in all markets, its chances of coming to India at this point are certainly low. Harley-Davidson in the Indian market has formed an alliance with Hero MotoCorp to develop and manufacture small capacity motorcycles in India. The brand is also announced that from January 2021 the company will see a ‘Smooth Transition’ and customers will be provided with the warranty, spares, after-sales service, accessories and merchandise. The H.O.G activities are also expected to continue from January 2021.