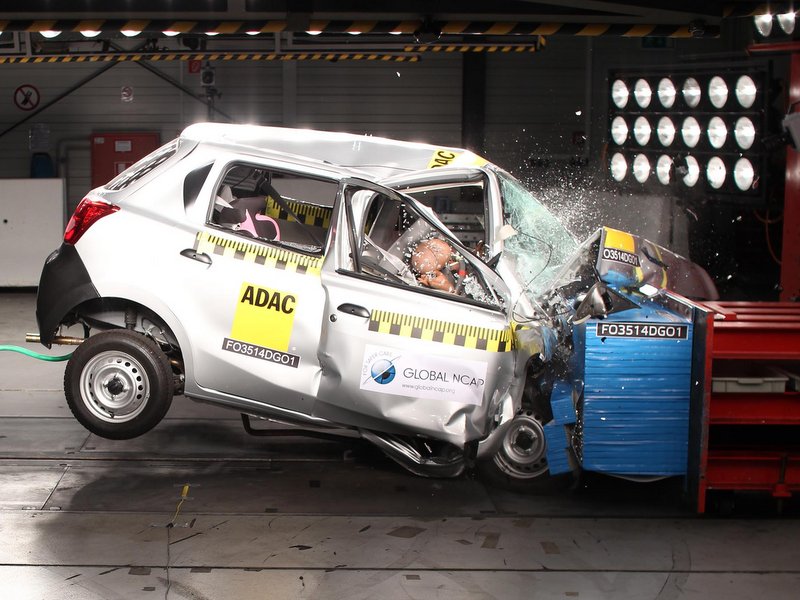 The crash test conducted on the Datsun GO by Global NCAP has resulted in a 0 star rating for the India-made hatchback. The body structure was so weak, that it disintegrated and resulted in fatal injuries for the dummies inside the car during the crash test. Considering this, the chairman of Global NCAP, Mr. Max Mosley has written to Nissan’s chairman and CEO, Mr. Carlos Ghosn to immediately withdraw the Datsun Go from the markets.

The budget brand of the Nissan group seems to have paid a lot of attention to the price factor and not so much into the cars structural integrity and passenger safety. Global NCAP considers it as extremely disappointing that Nissan authorised the sales of a car which is clearly sub-standard. In the current condition, the Datsun Go will also fail to pass the United Nation’s frontal impact regulations.

Datsun and Nissan on the other end in India are defending their side by saying that the cars built do match the safety standards in India. Is the life of a passenger any different in European countries and here in India? If not, then these explanations do not matter because the car is clearly unsafe for commuting.

As per reports, the crash test resulted in serious injuries to the driver and front passenger on the head, neck, torso and the legs. The report also adds that even with the addition of ABS and Airbags, the situation would not be much different.