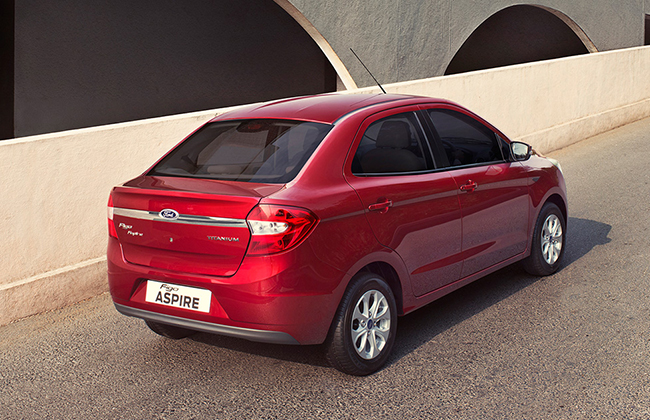 Sustaining its growth momentum, Ford India ended the year with an encouraging 15% rise in total vehicle sales during 2015.

Kick-starting the award season in December, Ford Aspire won the Compact Car of the Year at CNBC OverDrive Awards and NDTV Car & Bike Awards while the new Figo was awarded the ‘Hatchback of The Year’ by NDTV.

In 2015, Ford continued to strengthen its value of ownerships, setting industry standards in transparency, convenience and affordability. Along with its sales and service footprint of 384 outlets in 184 cities, Ford continues to expand the retail distribution of its genuine parts to cover Kerala, Tamil Nadu, Maharashtra, Goa, Karnataka and Delhi. As one of its unique initiatives, the company also introduced Service Cost Calculator on Ford India website, allowing the customer to know periodic maintenance service cost (PMS), even before walking into the dealership.