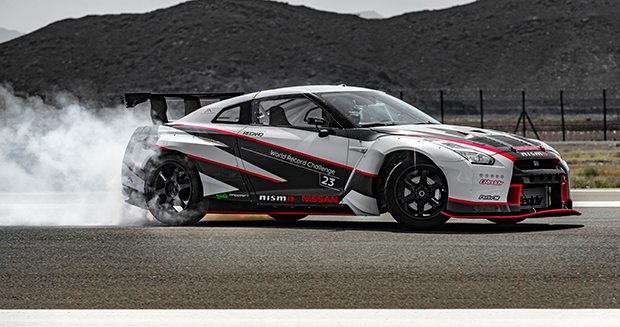 A heavily tuned GT-R by Nissan NISMO branch and Greddy Racing was readied to be driven by Mr. Masato Kawabata, Japanese drift champion and title holder for the Japanese drifting series. With a whopping 1,380 BHP, and all of them on the rear wheel, led Mr. Masato to successfully complete a 304.96 Km/h drift with a whopping 30-degree angle.

This massive drift broke the previous record, set by Polish drift champion Jakub Przygonski, which was at 217 km/h drift.

Nissan is bringing the GT-R to Indian roads by September and car will be brought down as a CBU.