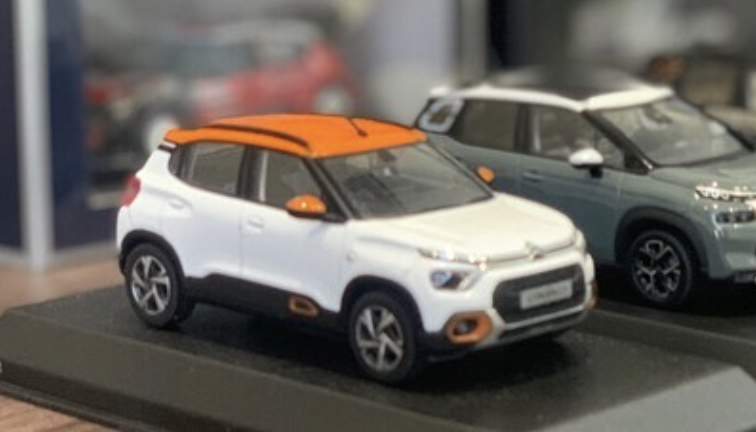 Citroen C3 – After the successful launch of the C5 Aircross in the Indian market, French car brand Citroen is planning to launch a new small SUV in India. The compact SUV is currently undergoing road testing in India. And images of the car in a fully camouflaged prototype emerged on the internet more than a few times. But now, sources reveal the Citroen C3, which is the market name for the CC21 (Codename), in the form of a scale model.

The new Citroen C3 will come with the typical double chevron bonnet ornament. On the Citroen C3, one end of the double chevron flows into the sleek LED daytime running lights and another into the headlamp units. The features create a seamless flow in the front fascia design of the C3. The front fascia includes DRLs mounted on the bonnet shut line, while the headlamp units are mounted lower on the bumper. The middle part of the bumper also features a large air inlet for the radiator. The lower bumper features rugged cladding that continues to the side of the car.

On the profile, the C3 also comes with Citroen’s Airbump door cladding. The C3 also appears to come with blackout pillars, dual-tone roof, dual-tone, ORVM housing and squared off-wheel arches. The scale models also show dual-tone alloy wheels and a chunky roof rail. The Citroen C3 features corner-cut taillamps with three-dimensional features and is likely to come with LED lighting. The scale model of the new Citroen C3 also features silver skid plates on both the front and rear of the car.

Powering the Citroen C3 is likely to be a 1.2-litre turbo-petrol engine. The brand had earlier announced that except for the C5 Aircross, it would not bring a diesel powertrain to the Indian market. The turbo-petrol motor is likely to come with a 5-speed manual and a DCT automatic gearbox option. 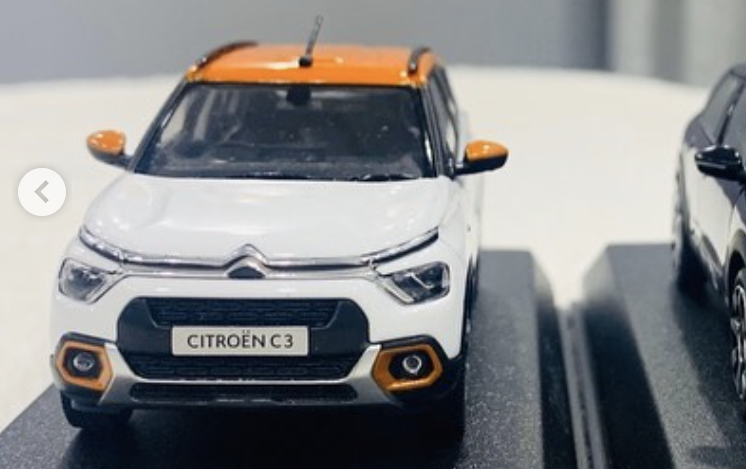 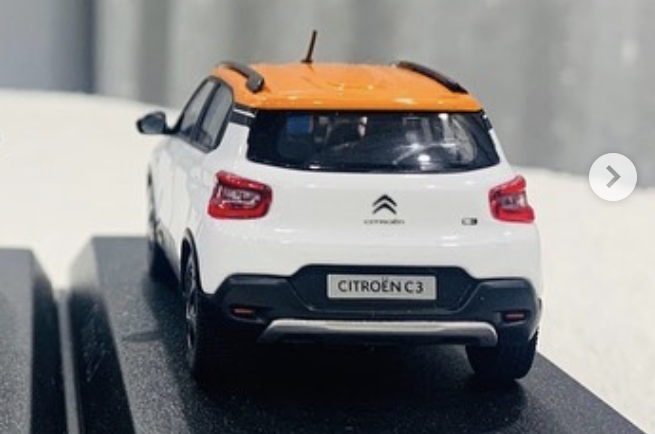 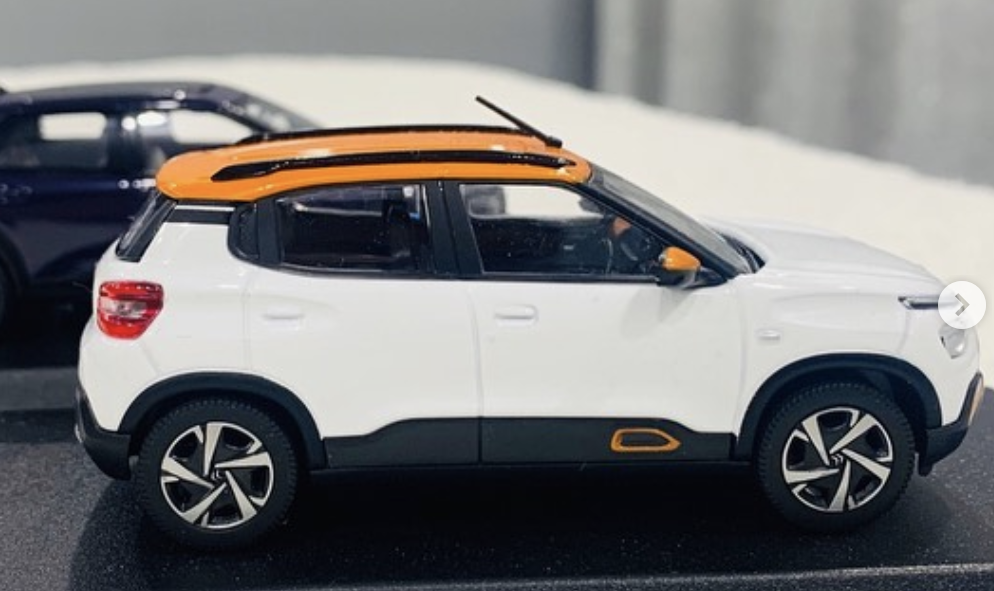 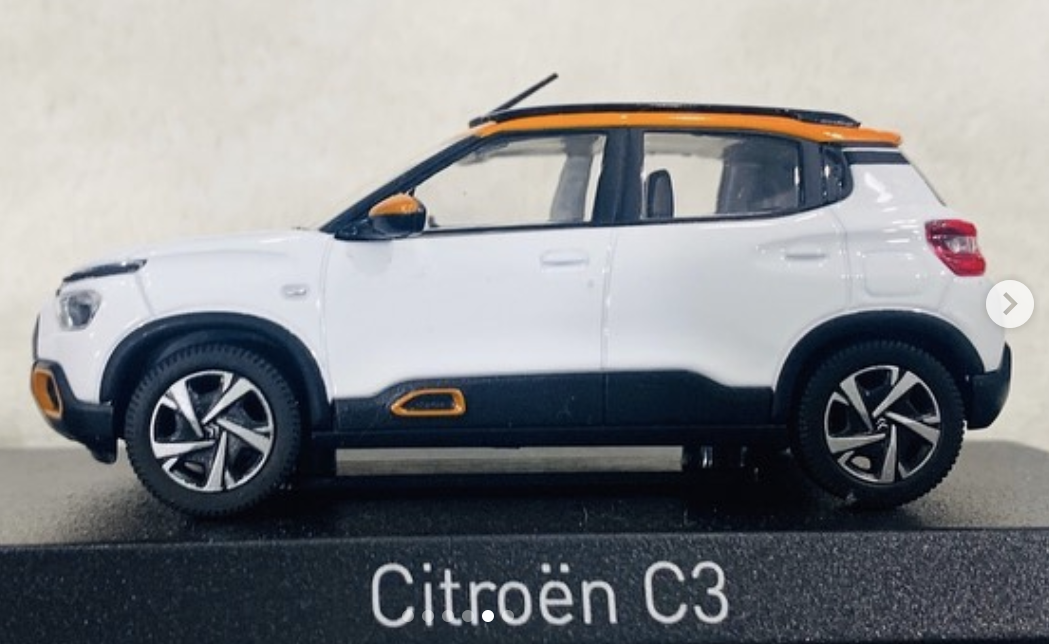 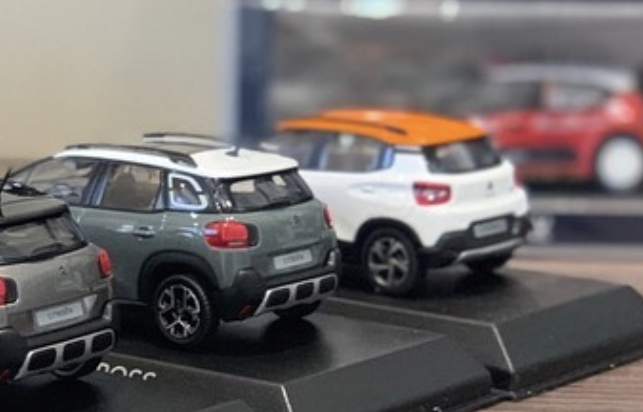