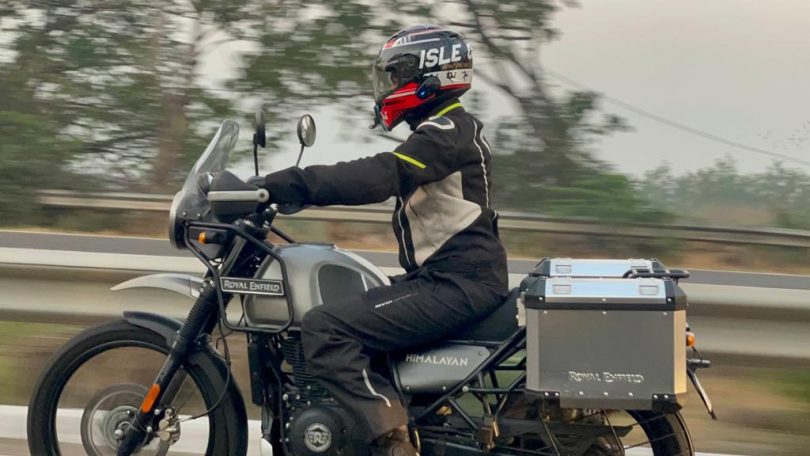 When you think about adventure riding one of the motorcycles that pops-up in the mind is the Royal Enfield Himalayan. The Himalayan is not just a crowd favourite in the Indian market but the ADV is also quite successful in the international market. The middle-weight motorcycle was launched in 2016 in the Indian market followed by its release in the international markets such as the United Kingdom, Australia and the Philippines.

The brand has over the time upgraded the Royal Enfield Himalayan to make it compliant with the new stringent emission norm. The BS6 emission compliant was launched a year back at the price of INR 1.87 lakh ex-showroom. The price of the Himalayan has since been hiked to INR 1.92 lakh ex-showroom. In the BS6 avatar, the Himalayan is powered by a 411cc air-cooled single-cylinder SOHC motor that churns out 24.6 Hp of power and 32 Nm of torque matched to a 5-speed gearbox.

The motorcycle is adored by riders who want to travel long distances on a motorcycle and also hit the trails on the weekend. The Himalayan features a half-duplex split steel cradle chassis that rides on 41mm conventional telescopic hydraulic front fork suspension that offers a long 200mm of wheel travel and a link-type monoshock rear suspension with 180mm of wheel travel. The Himalayan comes with 21-inch front and 17-inch rear spoked rims shod in 90/90 front and 120/90 rear, dual-sport tyres that enable the motorcycle to traverse rough terrain with ease. Braking duties are performed by a single 300mm disc on the front and a 240mm single disc on the rear equipped with a switchable Dual-channel ABS.

In today’s review, we talk about the design details of the new Himalayan and we also take the BS6 Himalayan for a long highway ride as well as an off-road trail where we put the Himalayan to test. The Royal Enfield Himalayan competes with the KTM 250 Adventure, the KTM 390 Adventure and the BMW G 310 GS in the Indian market.