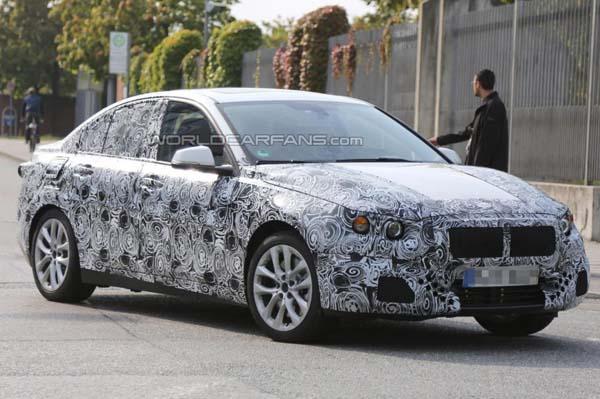 Audi recently launched the A3 sedan in India. Now, spyshots of the BMW 1 Series sedan have emerged on the internet. The 1 Series sedan has been spotted testing on international soil and we can expect it to make an India debut by next year. With the Audi A3 already in the market, and Mercedes-Benz readying the CLA-Class, BMW is going to be a bit late to the party.

Being the first test mule which has been spotted, not too many details are currently available. The car has a sloping roofline, shark-fin antenna, twin exhaust pipes, high trunk and a long hood. ORVMs get LED turn indicators and the test car was running on 5×2 spoke alloy wheels.

The 1 Series sedan will be based on the UKL platform which underpins the 1 Series hatchback as well. In India, we can safely assume that the engines will be carried forward from the hatchback sibling. A 1.6L turbo petrol producing 136 BHP and a 2.0L turbo diesel producing 143 BHP. Both engines mated to an 8-speed ZF gearbox.

Pricing will be the key here. Audi could competitively price the A3 since they did not have a hatchback in the market. BMW already has the 1 Series hatch which is almost at par with the Audi A3 price. Let’s wait and watch who among the big three click well in the segment. 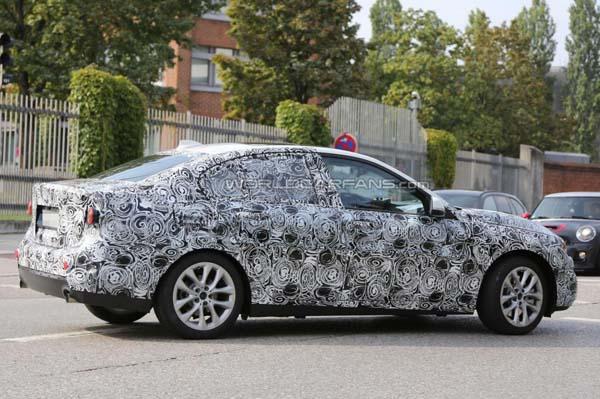