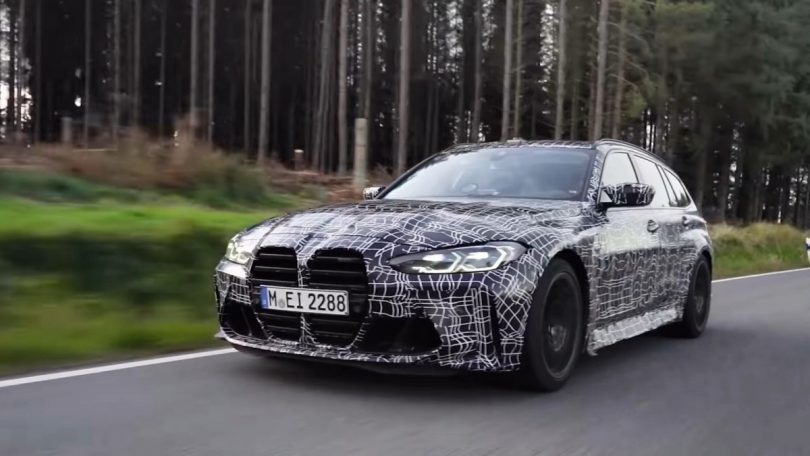 German luxury carmaker BMW has officially teased the upcoming Touring version of the current-gen M3 (G80) that debuted in 2021. The first-ever production version of the M3 estate will arrive in international markets during the latter half of 2022. The BMW M official YouTube channel uploaded a video on March 14th, 2022, that showcases the camouflaged M3 Touring. The video also talks about the history of the M3 Touring concept and reveals the rear-end of the upcoming performance estate.

The video starts off at BMW M’s prototype department, where the technical engineers talk about the E46-based M3 touring concept. Taking inspiration from the only concept that exists, BMW has decided to build a production-spec M3 Touring after 20 years. The upcoming BMW M3 estate will share multiple styling details from the current-gen G80 M3 but with key differences. Along with sporting a Touring-style body, the M3 Touring will also sport quad tailpipes with a large diffuser for downforce. Other key details of the rear end include the roof-edge, 3D printed spoiler that’s located above the windscreen.

Despite the camouflage at the front, the upcoming M3 Touring reveals similar details from its sedan counterpart in the video. This includes the signature double kidney grille, bonnet bulges, and large intakes towards the edges of the bumper. Additionally, the upcoming M3 Touring appears to sport flared wheel arches, extended roof rails, and a sporty exhaust system. Meanwhile, the performance estate seems to feature the same LED headlamps with DRLs and LED taillights from the M3 sedan.

BMW has not yet revealed the powertrain details of the upcoming M3 Touring but has confirmed a turbocharged six-cylinder engine. It is highly likely that the M3 Touring will sport the same mechanicals and powertrain specs as the M3 and M4. Both the sedan and the coupe use the S58, 3.0-litre, twin-turbocharged, in-line six-cylinder engine, producing 480 PS and 550 Nm. BMW may also introduce a Competition version of the upcoming M3 Touring that may put out 510 PS and 650 Nm. 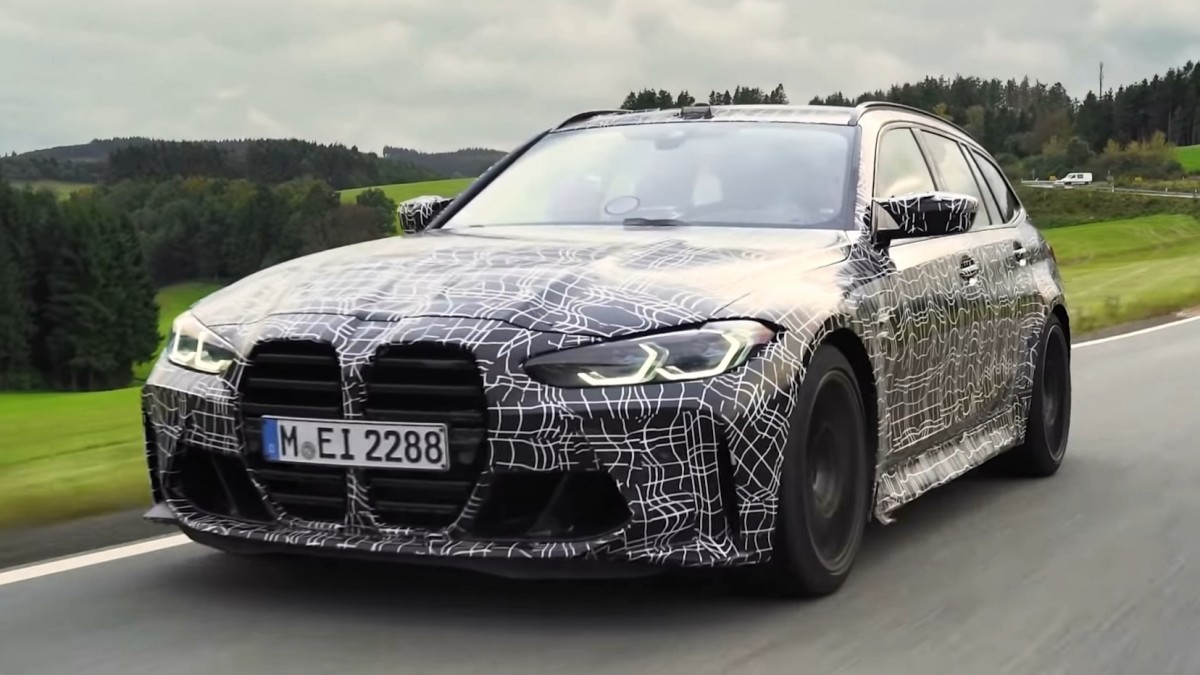 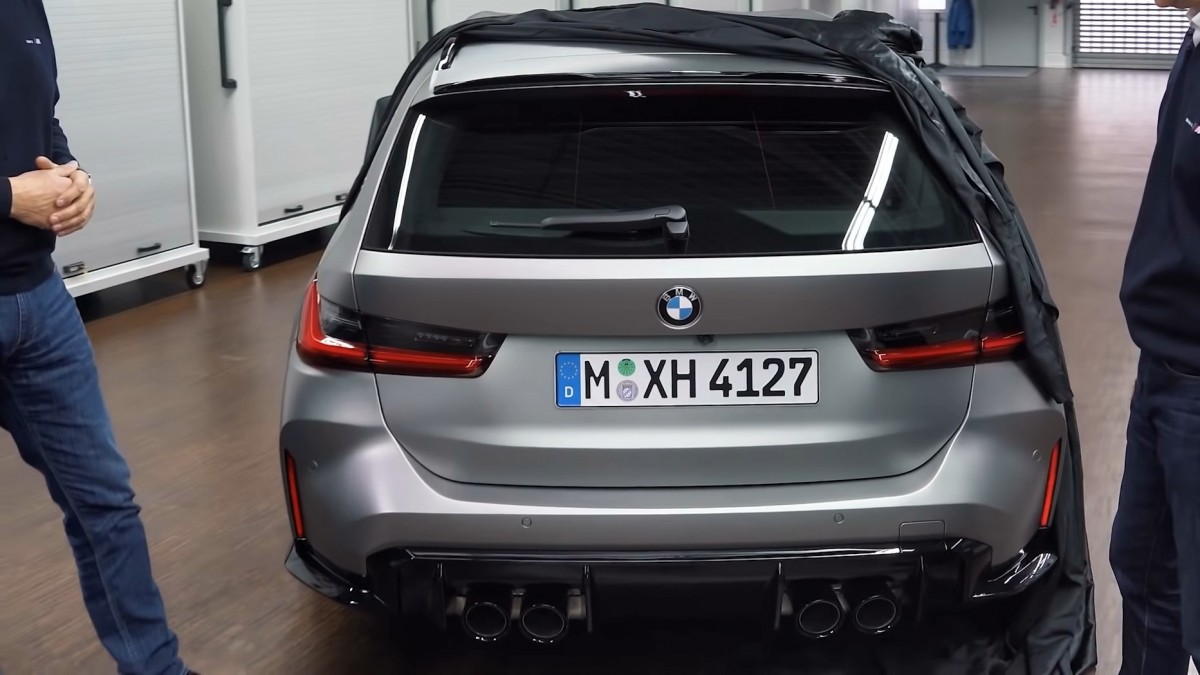 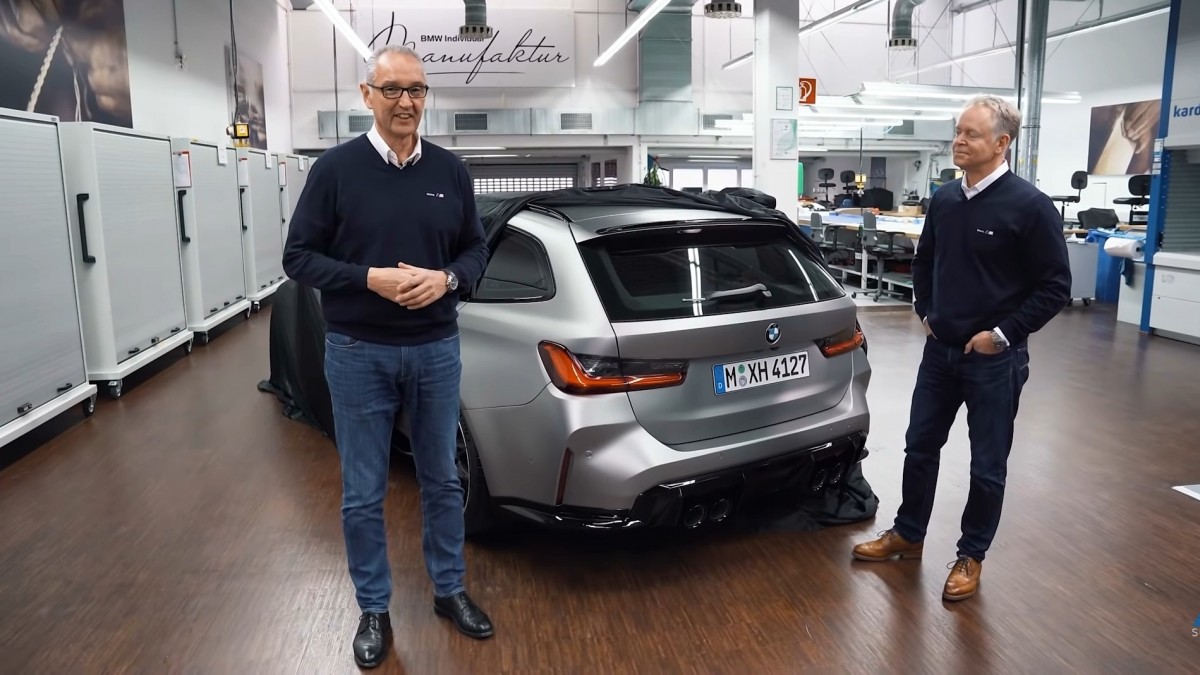